Accessibility links
First Rites: Jazz Goes Stravinsky : A Blog Supreme The Bad Plus isn't the only piano trio to have recorded parts of The Rite of Spring. Hear from the band E.S.T. and its late leader, pianist Esbjorn Svensson, about their hidden take on "Spring Khorovod." 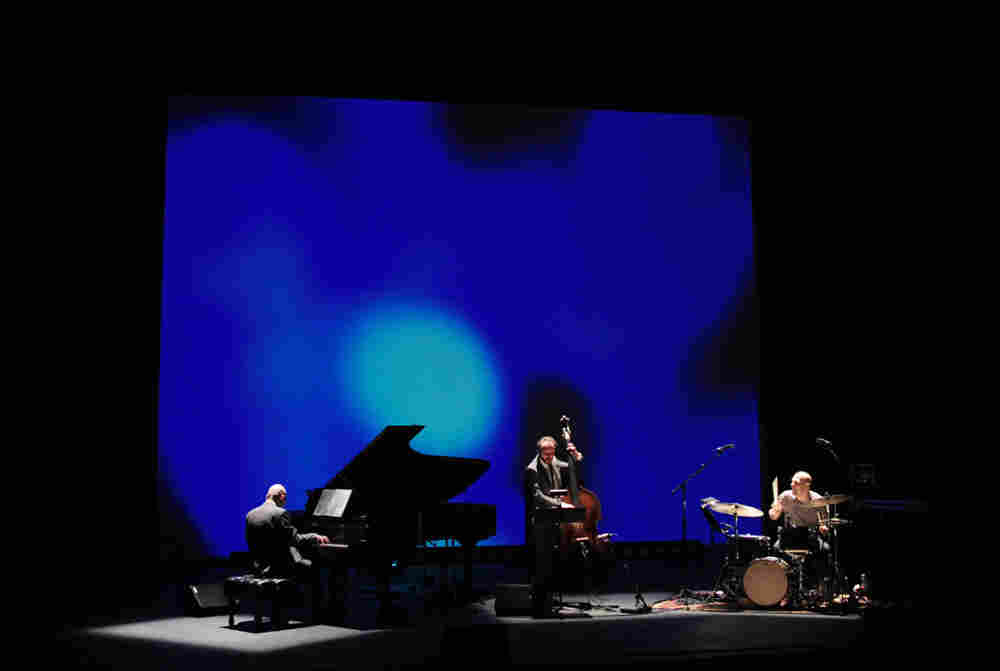 The Bad Plus plays its take on The Rite of Spring at Duke Performances, backed by a multimedia backdrop created by architect Cristina Guadalupe and filmmaker Noah Hutton. Courtesy of Darryl Pitt hide caption 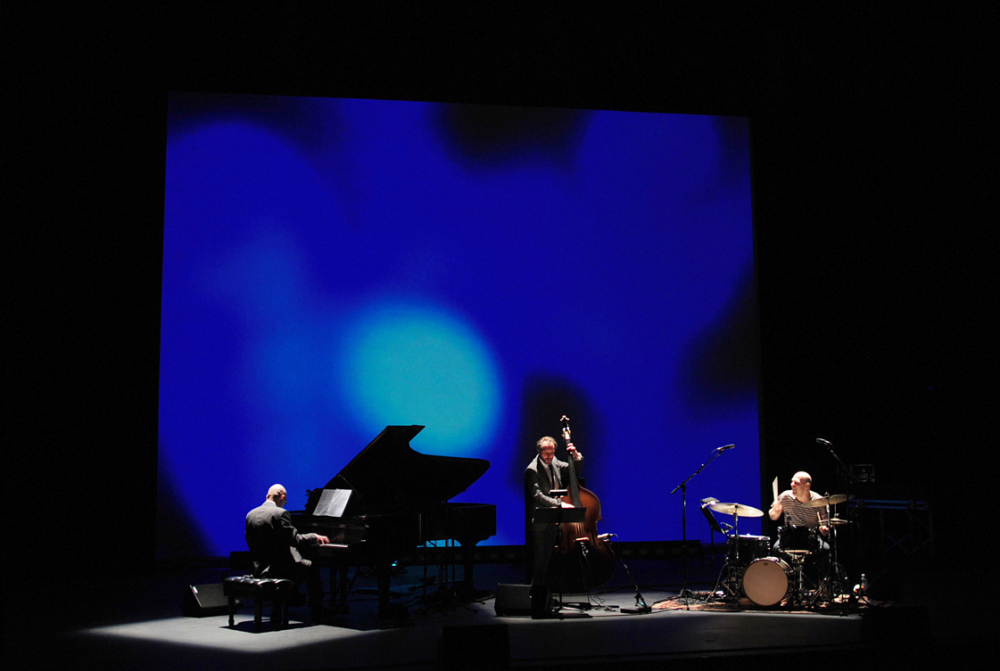 The Bad Plus plays its take on The Rite of Spring at Duke Performances, backed by a multimedia backdrop created by architect Cristina Guadalupe and filmmaker Noah Hutton.

One of my favorite parts of the "Rite" is the "Spring Khorovod," from the first of two sections. A khorovod is a round dance, a simple folkloric form. Think "Ring Around the Rosy," then add a dark Russian vibe. Listen to a bit of Stravinsky conducting the Columbia Symphony Orchestra from 1962:

Le Sacre du printemps (The Rite of Spring), ballet in 2 parts for orchestra

I love that insistent rhythmic undertow. It's slightly menacing. Then the full orchestra enters on a tympani crash 19 seconds in, and this totally begins to rock. (I mean, who doesn't like the tympani?) When you hear three members of The Bad Plus perform this section, they really get it too.

But another piano/bass/drums trio has also recorded that section, and not many people know where to find it.

E.S.T. (Esbjorn Svensson Trio) included "Spring Khorovod" on its U.S. debut, Somewhere Else Before. It's a hidden track at the end of the disc. These three guys make a wall of sound. Dan Berglund, the bassist, ran his upright into a Line 6 POD that made him sound like Richie Blackmore from Deep Purple.

In 2003, I made a documentary about the band, before anyone in the U.S. really knew much about them. I'll let them tell you about it. The first voice is the late Esbjorn Svensson. Happy listening.

Related At NPR Music: The Bad Plus talks The Rite of Spring with Weekend Edition.