Accessibility links
What You Said About Jazz Critics : A Blog Supreme Anything about jazz criticism itself seems to spark intense debate. Here are a few choice comments.

What You Said About Jazz Critics

What You Said About Jazz Critics 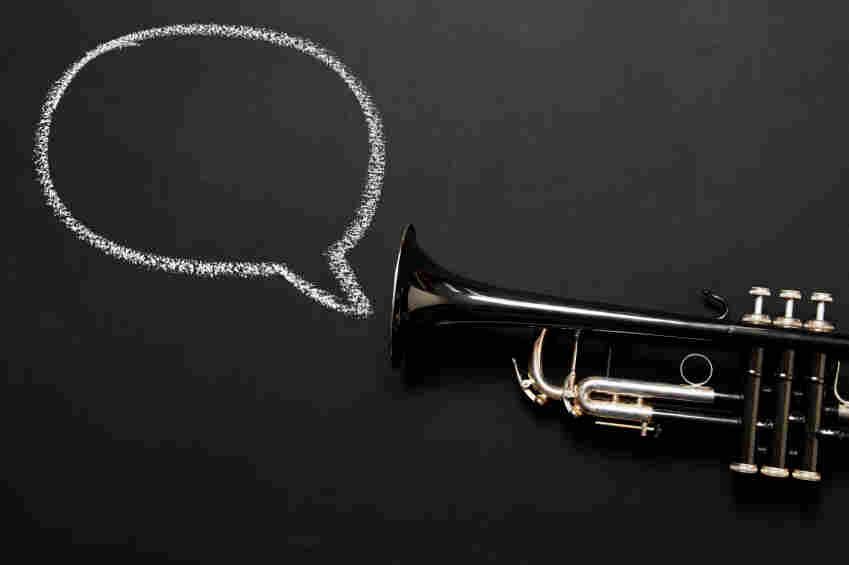 This "Does A Jazz Critic Have To Be A Jazz Musician, Too?" question really went gangbusters this week. This stuff really hits a nerve, huh? (Or do we journo/media types just love talking about ourselves that much?)

We got almost 50 comments on the initial post by the time I hit publish here, and more responses on the NPR Jazz Facebook page, @blogsupreme Twitter, other blogs and so forth. So here are a few of those I liked the best:

One thing I am hearing a lot from critics/journalists is this two-parter. First: "I wholeheartedly agree! You absolutely don't need to be a player to be a critic!" And then: "That being said, my playing experience sure has come in handy a lot in my criticism."

I saw one blog post titled: "do critics need to be able to play jazz? no, but it helps." And one Facebook comment I personally received, from a writer and percussionist I know here in Washington, D.C., said it this way:

My response to the basic question is an emphatic no. However, I know in my own critical pursuits, there have been many instances when serious study of an instrument has been an asset. That said, I totally agree with your basic premise that the critic's chief audience is non-practitioners, and the ability to give the reader an "in" is far more important.

I think the thing worth pointing out here is that so many music critics or journalists are also musicians, or at least have developed some now-dormant playing chops. So those of us who have undergone musical training don't completely know what it would mean to be a writer/broadcaster without that base of technical knowledge gained through firsthand experience.

Essentially, we're saying that we believe it's possible to learn what you need to know about jazz writing and broadcasting just by observing intently. We sense that we use different parts of our brain to do one thing vs. the other. And we probably know some colleagues in the journalism field who aren't musicians ("musically-able"?) whose work we do respect. But it's impossible to definitively proclaim that to be true for ourselves, huh?

Before I go any further, I think I ought to mention: Professional musicians sometimes produce some of the best writing and broadcasting I see about music. So, Do Jazz Musicians Need to Know How to Write Criticism?

Some people do insist that a critic has to be able to play. I certainly understand the thought that playing teaches you about music in ways that can't be simulated. (I wonder if it's necessary when you write for listeners, but I understand.) As commenter Bryce Jon said:

I think in order to be a successful 'jazz critic' (what does that mean, anyways?) you have to be jazz musician AND BEYOND. If you're not playing jazz, how do you know the theory or the theory-less sounds pushing the music? How do you know if what you hear is really an intellectual expansion of what 'changes' means, or just pure garbage? ... No, you can't be a jazz critic if you're not a jazz musician. And no, you can't be a jazz critic if all you are is a musician.

This doesn't panic me in itself. I think everyone in the music journalism field, opinionated or not, understands the desire to have standards which actually reflect musicians' experiences. (I wonder if people who complain about jazz critics know that so many do play a little.) But this is perilously close to: "If you can't play, don't bother writing about it."

Ack! If non-musicians can't have public reactions, what's the point of liking music? In some ways, the confused neophyte who gives an honest and thoughtful response tells us more than the informed critic who gives a dry, boring appraisal. I think "I don't usually listen to jazz, but I liked what you did!" is really valuable. So is "Whatever it is you just did, I didn't get it."

Journalists aren't supposed to be neophytes, of course. But I think a good one takes the un-initiated listener into consideration, and asks questions he or she might be wondering. And the answers to those questions are valuable to everyone. If the only opinions given voice are from fellow musicians, then the community could become pretty insular pretty quickly, no?

Now, I realize there's a difference between being a "professional critic" (whatever that means) and some guy on the Internet with opinions. But any time the barrier to entry for jazz appreciation appears to be raised, it raises a red flag for me.

A lot of people have also compared jazz to other genres of art. Does a television critic need to write screenplays? Does a visual art critic need to know how to sculpt? Does a drama critic need to direct? Says commenter Donald Waits:

I know of no dance critics (in the New York Times, for example) who are dancers. Likewise, the classical music critics may have a working knowledge of the piano and even play rather well, but certainly not at the concert level. Art critics are often artists or would be artists, but their personal expression in paint does not influence how they view other art. Deep and life-long study of the particular genre being criticized is absolutely necessary. Constant listening and going to gigs and concerts are supposed to sharpen anyone's appreciation and knowledge of whatever art form is being considered. You are never going to find any critic who plays an instrument on the level of Charlie Parker or Miles Davis. Is this what we require of critics?

Theoretically, the answer remains to be seen. But it's common practice in many other fields that critics don't "play an instrument" — they don't do the thing they cover. So what makes jazz so different? Why do jazz folks get especially worked up over this — even compared to pop (or rock, or country, or hip-hop) music audiences?

I'd venture that jazz is largely an instrumental music — so it's already a more abstract representation of a human condition than a movie or novel. There's also that whole improvisation thing, which feels enshrouded in mystery ("he's just making it up out of thin air?"). It tends to welcome complex harmonies and rhythms. And there's also 100 years of history and convention behind it.

So there are all these unfamiliar, specialized ways in which jazz technically "works." The need for deep knowledge might seem much more pronounced.

Then again, not every baseball or American football writer/broadcaster ever played their sports. Both of those sports are incredibly complex processes, full of odd rules and exceptions and mounds of statistics and unique traditions. One very large difference is that baseball and football are supported by insanely lucrative industries, are on national television every night and have massive fan bases. If live jazz were on national television every night, would people still be talking about this? (I don't know, actually.)

Finally, my favorite comment, actually, is one that takes me to task for a bit of lazy language. This is commenter Tim Steinert:

The whole concept that a jazz musician is not taught how to tell a story is totally wrong. Playing jazz well has everything to do with "sharp observation, close listening and critical thinking and asking questions and doing your research and assembling it all into a coherent narrative." That is EXACTLY what we aim to do. We don't learn that in music theory classes, true — we learn it when we play! Now I'm worried that you don't really know what goes into making jazz, which is what the musician is asking you when they ask, "Do you play?"

In the sense that a lifetime of study goes into any one solo, which often attempts to develop a narrative structure within a few minutes (if that), of course jazz musicians learn storytelling. That's a very important point worth reiterating.

I do mean to say it's a different set of skills to do that with a journalist's pen vs. a saxophone. But here's a thought: Is learning music, and especially a tradition-rich music like jazz, strictly a specialized "learn a skill" sort of vocational education? Or does it encourage critical faculties like any liberal arts training?

If it's the latter, perhaps that's part of why some musicians are such good journalists.