Accessibility links
Five Jazz Sides For The Age Of Prohibition : A Blog Supreme The banning of alcohol and the subsequent rise of speakeasies played a role in jazz's evolution. 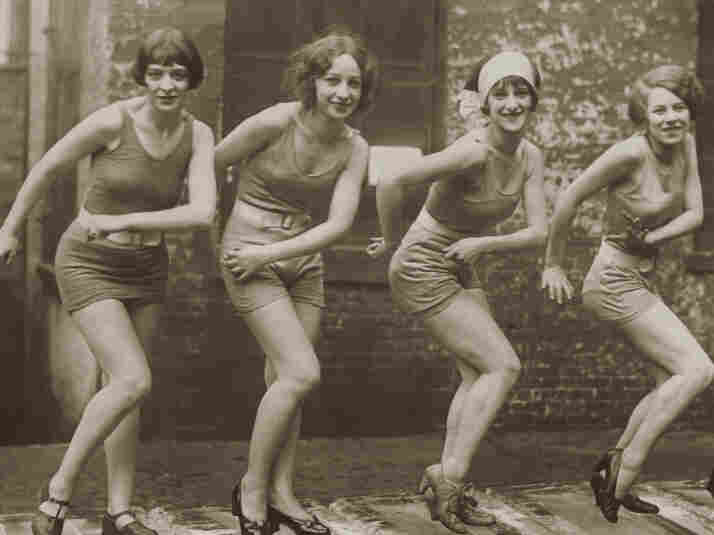 In 1926, everyone did the Charleston on ice. Scherl/Sueddeutsche Zeitung Photo/The Image Works hide caption 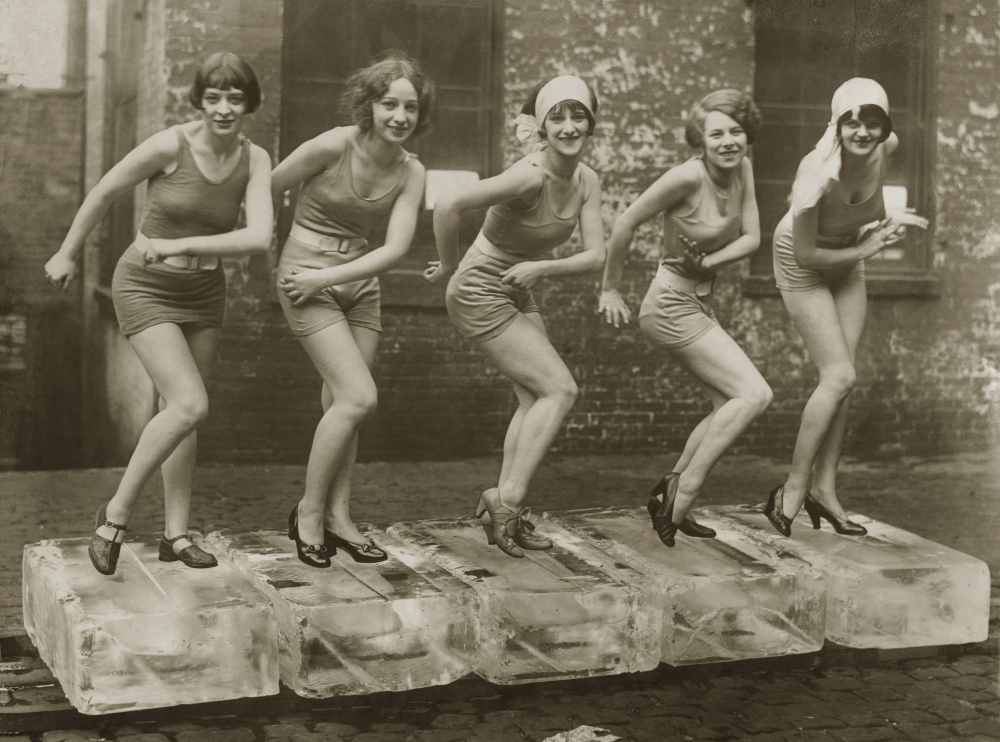 In 1926, everyone did the Charleston on ice.

It's easy to romanticize or oversimplify the relationship between jazz and Prohibition, but the banning of alcohol and the subsequent rise of speakeasies clearly played a role in the music's evolution during its early days. Jazz musicians found ample employment opportunities in the numerous new nightclubs, formed friendships with gangsters (who were sometimes their biggest fans and occasionally their foes or protectors), and benefited from vital scenes that flourished in cities rife with corruption. For better or worse, the Prohibition years also stigmatized jazz with a mark of transgression, which for many only enhanced the music's sense of authenticity and excitement.

It wasn't just Prohibition that helped spur jazz's popularity; the 1920s were a period of profound transformation in American life. The nation's population continued to shift from rural areas to cities, and more and more people embraced the automobile as a new and independent mode of transportation. At the same time, the template for our modern media culture began to form, with phonographs, radio and talking pictures connecting Americans through an increasingly electronic network of sound. Jazz caught the buzz, in more ways than one. With filmmaker Ken Burns' three-part Prohibition documentary on tap for PBS starting Oct. 2, here are five sides for imbibing the high-and-not-so-dry spirits of the age.

Young man with a horn, young man with a bottle: Cornetist Bix Beiderbecke may enshrine the mythology of jazz's Prohibition years better than any other musician. In January 1925, friend Hoagy Carmichael drove Beiderbecke to the Gennett recording studios in Richmond, Ind., to make this date, which included a young Tommy Dorsey on trombone. It also included three quarts of gin, which is why only two of the four sides recorded at this session proved usable. (The other released number, appropriately enough, was Beiderbecke's take on the Original Dixieland Jazz Band's "Toddlin' Blues.")

Named after Beiderbecke's Iowa hometown, "Davenport Blues" is the first of a handful of Bix compositions to make it to record: It features the performer for 32 bars in mellow and melodically inventive form, as he projects a soft and blurry musical light through the ensemble's somewhat cloudy air. Within several years, Beiderbecke would retreat to Davenport for extended periods of rest while he attempted to stop drinking. Ultimately, he didn't succeed, dying at age 28 in 1931 and becoming, as critic Benny Green wrote, "Jazz's Number One Saint."

Bix Beiderbecke had not yet joined the massive orchestra of Paul Whiteman, a.k.a. the 1920s "King of Jazz," when this tune was waxed in 1925. Whiteman's musical legacy from this era remains underappreciated: He was hobbled by the hype of his nickname, though many excellent jazz musicians and arrangers passed through his ranks, his orchestra's forays into "symphonic jazz" can be seen as forerunners of the Third Stream, and his society-dance-band distillations served to introduce the idea of jazz music to many Americans. Percolating with humorous, pie-eyed longing, "Just a Little Drink" offers something from the pop/novelty end of Whiteman's musical spectrum and serves as a reminder that the term "jazz" encompassed a great deal of popular music in the 1920s that may not fit our modern definitions at all.

The black-and-tan drink existed when Duke Ellington recorded what would become one of the most frequently performed Ducal standards, but the connotation here is racial — a reference to speakeasies that permitted or even encouraged interracial mingling. Driven by trumpeter and co-composer Bubber Miley's spellbinding performance, Ellington's composition captures the strange, ominously dreamy atmosphere of 1920s decadence; in retrospect, its famous concluding Chopin funeral-march quote seems to portend the end of the decade and the coming of hard times.

When Pops met Tea: This was Louis Armstrong and Jack Teagarden's first recorded encounter, and by some historical accounts one of the earliest meetings of black and white musicians documented in a studio. The session came about at the behest of the young banjoist and guitarist Eddie Condon, after an all-night party welcoming Armstrong back to New York City. Condon is credited as the tune's co-composer, but he doesn't appear on the recording itself; he had passed out, done in by the gallon jug of whiskey brought along for artistic camaraderie. Guitarist Eddie Lang offers laid-back single-note accompaniment, Teagarden sets the relaxed, morning-after jam-session mood with his blues-soaked, in-need-of-a-shave trombone solo, and Armstrong delivers the payoff with two exquisite choruses and a shimmering cadenza that punctuates the proceedings with a good-time-was-had-by-all proclamation. When the studio staff asked Armstrong for the title of the tune, he noted the now-empty gallon of whiskey and said, "Man, we sure knocked that jug... You can call it 'Knockin' a Jug'!"

Gimme a Pigfoot (And a Bottle of Beer)

"Any bootlegger sure is a pal of mine," blues singer Bessie Smith declared in her 1928 recording "Me and My Gin," and in the last several years of her life, she was intimately involved with one. Recorded a few months after Prohibition formally ended, "Gimme a Pigfoot and a Bottle of Beer" bustles into the party and immediately commands attention. It features an exuberant solo from lost-legend trumpeter Frankie Newton, and in its concluding lines a demand for "reefer" as well as gin. (Bessie Smith wanted a new drug 50 years before Huey Lewis.) Smith herself continued to exercise a preference for moonshine even after the constitutional ban on liquor was lifted, saying that "anything sealed" made her ill. Sadly, the recording session at which "Gimme a Pigfoot" was made would prove to be her last; she would die four years later from injuries sustained in a car accident. The song would later be recorded by Billie Holiday, Nina Simone and Abbey Lincoln.