How Do Jazz Musicians Make Money?

How Do Jazz Musicians Make Money? 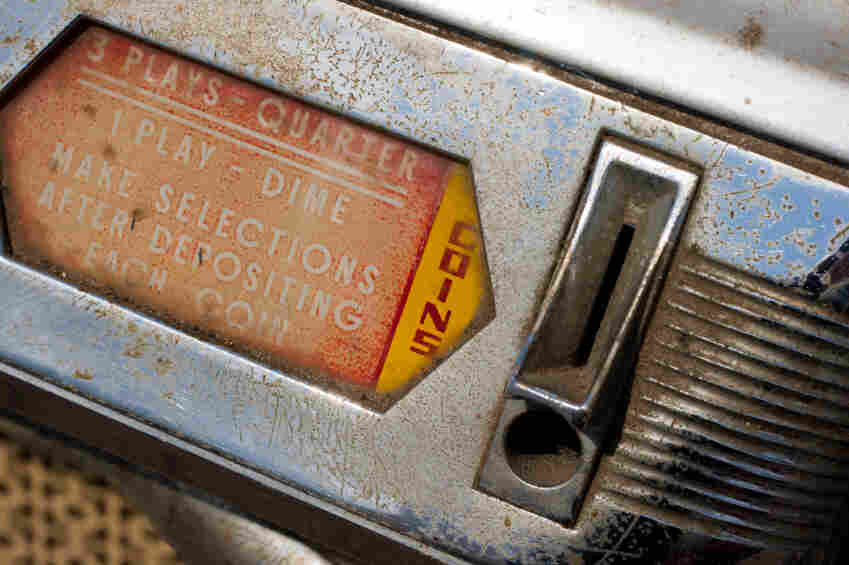 The Future of Music Coalition is asking artists: How do you make money from music? 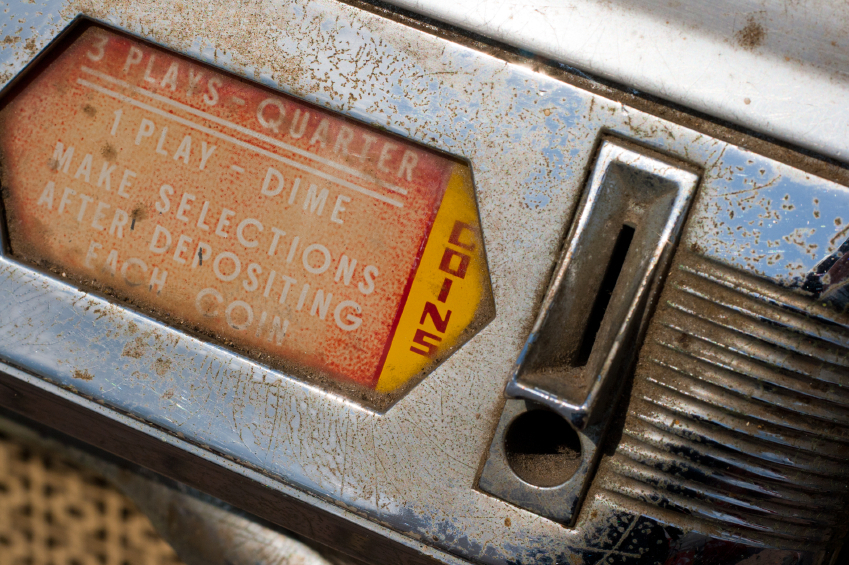 The Future of Music Coalition is asking artists: How do you make money from music?

Picture a jazz musician. Perhaps he's sharply dressed, standing in a dark corner of a restaurant, a small but appreciative audience looking on. He seems to be lost in the moment; wrapped up in a passionate solo, his eyes are closed in intense concentration. For over an hour, he is thinking of nothing more than emoting into his instrument with all the present force of his conscious being.

You may pause to ask yourself: Is this really his job?

You know, how did he pay for that nice suit and the $6,000 vintage saxophone? Does he have a family, a landlord, a mortgage? The $15 I paid to get in, multiplied by the 60 people in the room — can he really support himself with the small cut he takes when the pot is finally settled up with the venue and the other musicians?

If you've ever wondered these questions about any musician — whether you're in the music business, or just curious — the Future of Music Coalition is looking for answers. It's doing a multi-part study called the Artist Revenue Streams project, where they investigate how many different types of U.S.-based musicians generate income. It's at futureofmusic.org/ars. And in doing so, the FMC is making sure to concentrate on the jazz community.

If you're a musician of any sort, you can participate by completing an anonymous survey about your finances. You can also submit to a detailed in-person interview, or even a thorough assessment of your financial records if you so choose. In the spring of 2012, the FMC plans to have sets of general data and specific case analyses — again, with all data remaining anonymous — available for publication. Already, some preliminary numbers are available, which I'll share with you in a little bit.

But first, you might wonder: Why is this important? Who, exactly, does it benefit to have this information out there?

I asked Jean Cook, one of the managers of this project at the FMC, to help break it down. "Why would data from this project be helpful to know?" I asked over email.

"When you ask artists how the music business is going, you're going to get a lot of different answers," Cook wrote. "Each person's perception of the world around them is fed by their individual experience. ... Collecting the stories of thousands of musicians helps us to move beyond the personal anecdotes and see a bigger picture. And we can see more clearly where things are the same for artists, and where things are different.

"Imagine if students who were considering careers in music were able to look at a detailed picture of a decade of finances for 12 different kinds of musicians. Or if you were able to challenge the music industry and policymakers to understand that what is good for Beyonce may not be good for Betty Carter, and have numbers to back it up. This is a knowledge gap we want to fill with this survey. And we'll need the help of musicians and composers to do it." 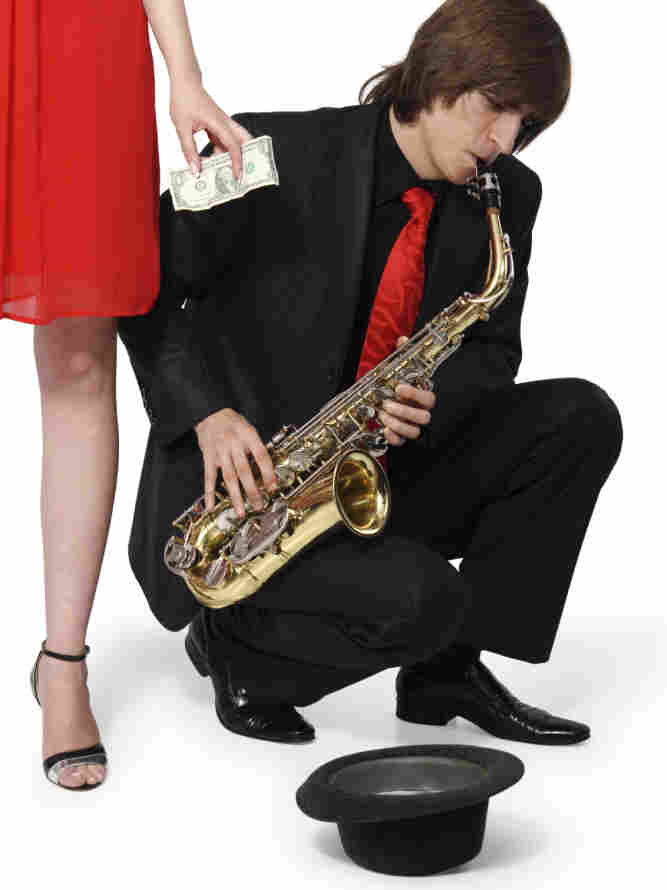 Not exactly what we were thinking of, but you get the picture. 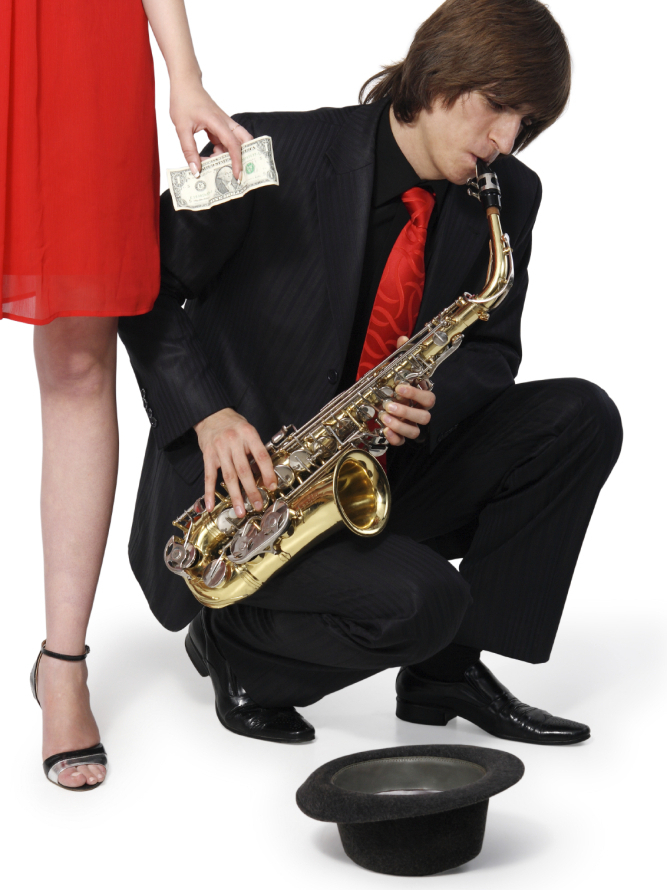 Not exactly what we were thinking of, but you get the picture.

Cook told me that the FMC faced specific challenges with jazz. For one, the jazz community, though relatively small, is often disjunct, and difficult to reach comprehensively. For all those who are associated with the musician's union, or connected on social media, there are plenty of folks "whose email addresses aren't already in someone's database," or aren't using email at all. Even then, since the study asks detailed questions about income, it will be difficult to attain quality responses.

"A lot of musicians just won't make time to tell us how they're doing financially," she wrote. "They're too busy trying to make a living. These are the people we have to try harder to reach, because we want to make sure their stories are told in this study."

The FMC is already seeing useful returns. Cook shared with me a early draft document: a thorough financial analysis of one jazz performer and composer. This particular musician turned over his financial data to the FMC throughout the years 2006-2009. Some highlights:

Here's a chart which makes this a little bit clearer. 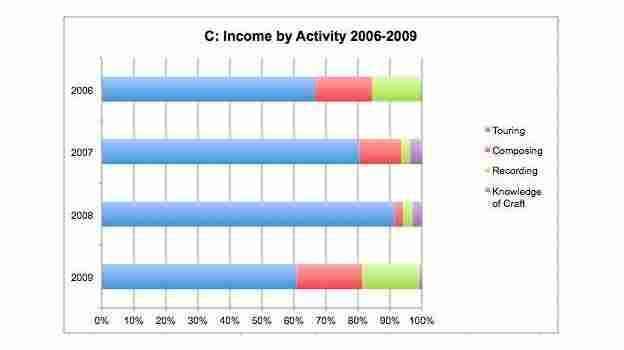 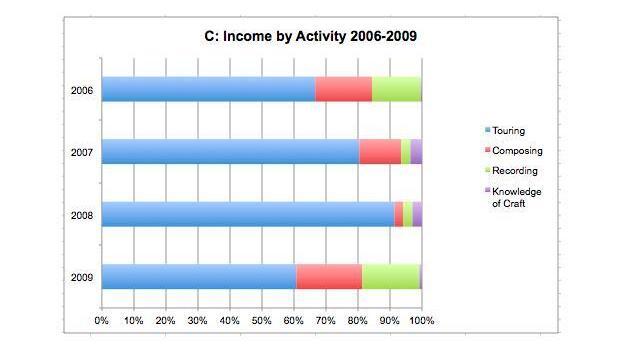 This data reveals a lot. As an art form, jazz is primarily focused on unique live performances; the dominance of performance fees in this study reinforces that. And in the specific breakdown of what types of gigs the musician is accepting, there is a good picture of who is funding performances these days, whether concert halls, festivals or clubs, and how it is possible to earn money from writing original music. And of course, it gives us one image of how it is possible to be a working jazz musician and make a living.

At the same time, it reveals the need for a fuller picture. Most jazz musicians are not as well-known or successful as this one. (The report does not name the musician, but gives pertinent details about his career profile.) Many perform more as standards-playing sidemen than as composer-bandleaders. Many don't have a manager, booking agent and record deal to their names, as this man does. Many don't get the opportunity to tour Europe; many don't even play often enough to earn the majority of their incomes on stage. For many, teaching or studio work represents a much bigger chunk of income. Others pay the rent with non-music day jobs. Some are better established; others are just starting out. But when asked, these folks would identify themselves as jazz musicians.

That seems to underscore the need for further study, which the Artist Revenue Streams project may be able to execute. By examining where musicians' income comes from, we learn a lot about the work that goes into being a musician, and the infrastructure supporting jazz in 2011. But without complete data, we can't draw meaningful conclusions.

After speaking and emailing with Jean Cook, I was invited to interview a jazz artist manager at the Future of Music Coalition's annual Policy Summit. Karen Kennedy manages prominent folks like Kenny Barron, Jacky Terrasson, Stefon Harris and Gretchen Parlato. Today, we talked about the ins and outs of how her artists made money for 20 minutes, and could easily have kept going for much longer.

The FMC promises to have a video archive of that conversation up soon. We'll post it here when we can. UPDATE: It is below. Someone needs to coach me on how to comport myself while being filmed.