Accessibility links
Why Does It Feel Important To Like Rap? (As A Jazz Fan) : A Blog Supreme Not a single hip-hop album on a top 100 albums of the year list – so what? There's no logical reason why one shouldn't be able to appreciate some music but not other music. And yet, in 2011, when so many ignore modern jazz and listen to contemporary black pop music, the omission can be jarring.

Why Does It Feel Important To Like Rap? (As A Jazz Fan)

Why Does It Feel Important To Like Rap? (As A Jazz Fan) 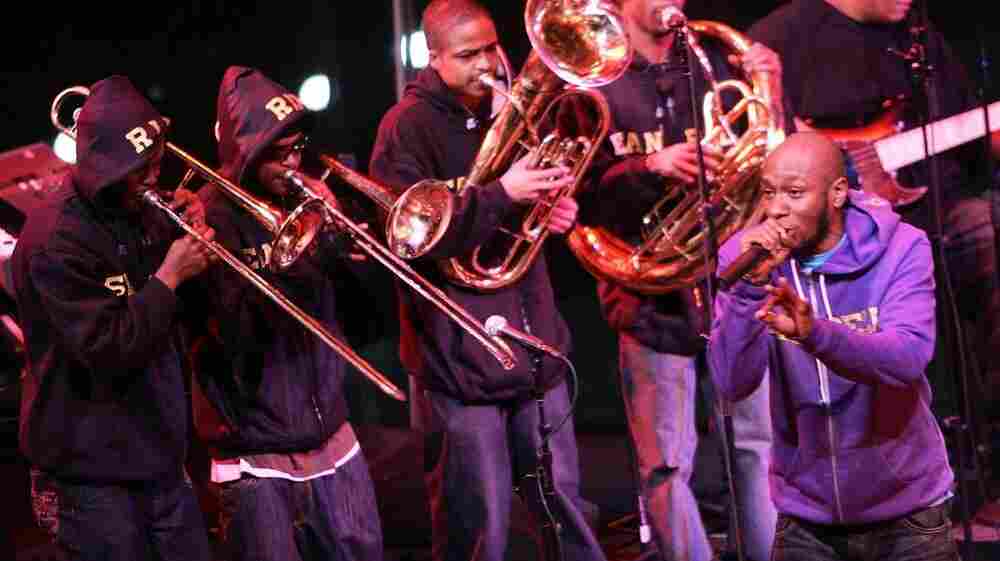 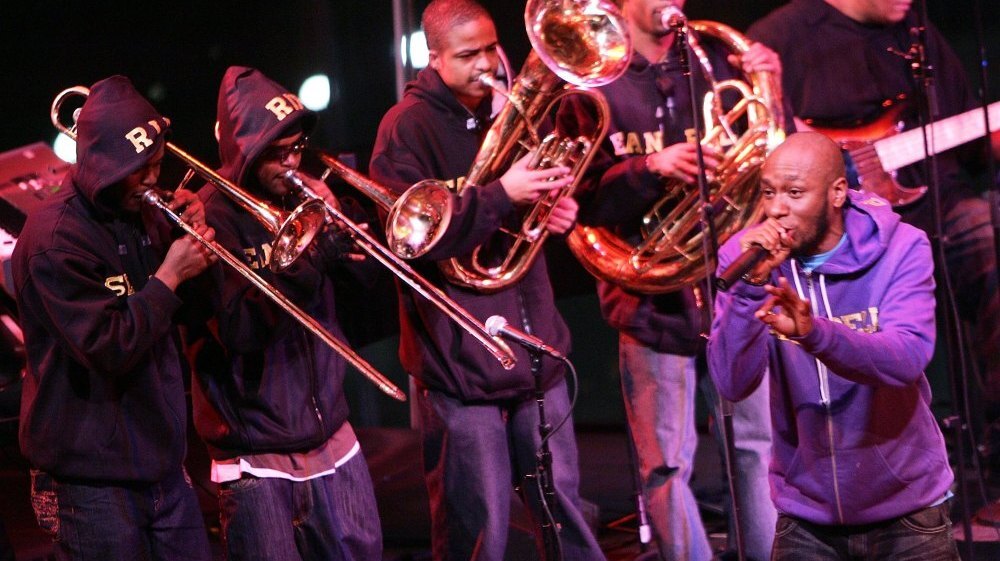 From the department of being unable to MYOB, the other night I eavesdropped on a Twitter conversation about an eclectic top 100 albums of the year list ... with no hip-hop on it.

There's nothing wrong about this, of course; a bounty of good records is released every year, and there's no requirement that anyone who likes music has to pay attention to modern black popular music. (There was no modern R&B, the kind that is heavy on hip-hop aesthetics, on the list either.) But the list was posted by Ted Gioia, well-respected author of several books on jazz and blues, and contains a wide range of jazz and blues released this year. And that juxtaposition struck me as odd.

Here's how it started, between eclectic critic Nate Chinen, pianist Paul Horton (@_NoStress_) and Gioia. This entire conversation is excerpted.

@_NoStress: @natechinen especially if you don't actually listen to any hiphop.

@tedgioia: @_NoStress_ @natechinen I made picks on the basis of musicianship, creativity, innovation & how much they delight me...and not genre quotas

@tedgioia: @natechinen: C'mon Nate, you know that - with a few exceptions - level of musicianship on hiphop records falls short of jazz, classical, etc.

@tedgioia: @natechinen I tend to evaluate music on musical standards, not as lifestyle expression. But list some hiphop picks & I'll listen.

That led to this discussion, with composer Judd Greenstein of NOW Ensemble (among other performing situations):

@tedgioia: @juddgreenstein @natechinen E.g. piano technique is a musical standard. Valuing a song because it expresses your lifestyle is nonmusical.

@juddgreenstein: @tedgioia @natechinen got it. I think you're undervaluing the musical technique of MCs and producers.

Gioia never relented on this point — even after an additional Twitter exchange last night, sparked by this list — but there seemed to be an agreement to disagree. Eventually, Chinen and Horton contributed suggestions of things for Gioia to listen to, and Gioia said he would, and everybody left Twitter feeling like something got communicated.

Still, for a 20-something jazz beat writer who delights in, say, "6 Foot 7 Foot" (to pick a song from the last year), this exchange remains odd in a way I can't fully explain. There's no logical reason why one shouldn't be able to appreciate some music but not other music. And yet, in 2011, when so many people ignore modern jazz and listen to contemporary black pop music, I find it jarring to hear from people whose listening habits are the opposite. I'm wondering if anyone has any answers as to why.

Before anything else: I'm quite aware that there are many people whose musical tastes are like Gioia's, some of whom are jazz musicians, and a good deal of whom are older than I am. (The Internet tells me that Gioia is 54.) Again, I can't find anything wrong with this. There are many valid approaches to appreciating jazz, even today's jazz, that don't require you know anything about roughly contemporaneous rap & R&B. Once an artist releases a bit of sound into the world, the interpretation of that sound is out of his control.

I just can't shake the sense that if a wide range of today's jazz music resonates with you, you somehow "ought" to have some appreciation of hip-hop as well. For one, jazz artists under a certain age — let's say 40, give or take — grew up in an age where hip-hop and R&B was pop music. This may not be a direct, or even lingering influence in their jazz expressions, but sometimes it is. I don't hear the James Farm record (#5 on Gioia's list) or the Ambrose Akinmusire album (#7) existing without the way great beatmakers and DJs have divided time. (For that matter, I don't think new-guard contemporary classical releases like the one from the aforementioned NOW Ensemble [#8] could have taken place in an age without hip-hop either; Judd Greenstein has divulged that he is writing a Ph.D. dissertation on the "flow" of rappers.) It's silly to expect someone, even a music writer, to care for every hidden influence on their favorite music. But the presence of hip-hop appears to partly define this era of jazz — a sentiment that is no doubt abutted by its social history.

Perhaps you have wrestled with the idea of a black cultural continuum. If you like jazz, you are connecting with a form of African-American-origin popular music; if you like hip-hop, you somehow are doing the same thing. (Especially if you accept Nicholas Payton's term "Black American Music," the idea behind so much Internet debate of late.) While it is possible to consider hip-hop and modern R&B to be a radical enough break as to constitute its own genre, it's also possible to consider its connections to previous incarnations of black pop, to the narrative of a blues tradition, to the expression of what it means to be black or even just "other." Sound may not be cognizant of skin color, but the ways we make sense of it very well might be.

Additionally, jazz lovers tend to be concerned about the popularity of the music. Many of us want to grow the audience, realizing that current low interest will diminish future opportunities to see the stuff. But if jazz fans can't make sense of today's popular music, and understand how blues-based improvised music fits into that landscape, it's hard to know how to direct those efforts toward the people for whom jazz is foreign.

Finally, hip-hop's aesthetics are everywhere, in plain sight and underground, and it seems, well, odd that such a music lover of otherwise eclectic taste would not find a top 100 album to like in it.

Now, I don't actually know how much rap Gioia has listened to. I don't mean to challenge Gioia's right to like what he likes, and I certainly don't want this to become a referendum on the artistic merit of hip-hop. (It's mostly irrelevant to this discussion, anyhow.) I haven't listened to nearly all of his favorite records either, and will surely use the list for its primary purpose — turning me on to some interesting music. Gioia has done a lot more intense research into jazz and black music history than I have, and besides, he's not putting himself fully into the world of contemporary jazz and pop criticism. He just likes a lot of music, and that's without reservation a good thing.

I am saying that this list triggered something in me. My personal appreciation for hip-hop feels somehow inextricable from my appreciation for jazz, especially today's jazz, in a way that goes beyond "it's all music." Speaking only for myself, I feel I would be a diminished writer if I were unable to meaningfully situate jazz performers in a world where hip-hop is both an influence and a context. As you can tell, I can't figure out the exact relationship; it's different for every artist anyway. But I am wondering if any of you, of any age and color and experience with this stuff, feel the same way.