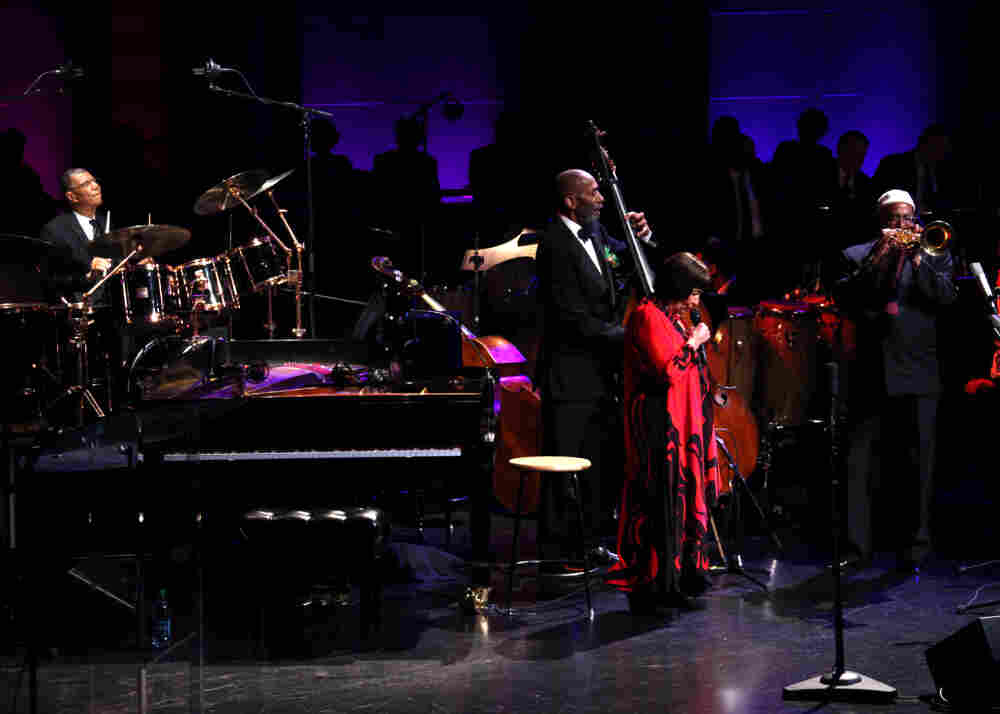 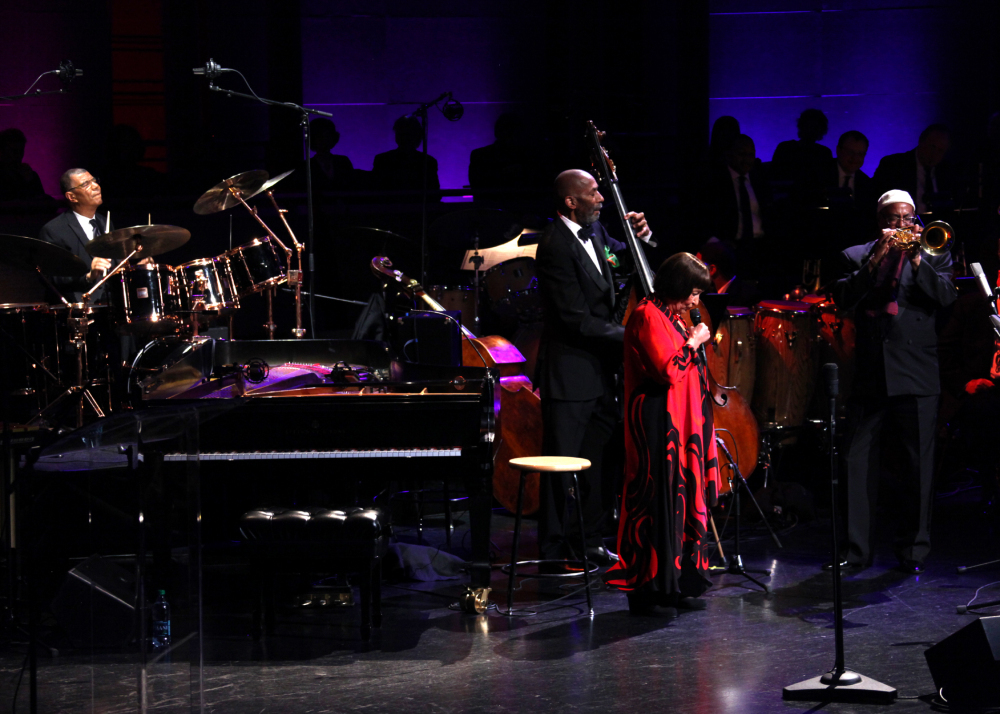 In a concert and ceremony at Jazz at Lincoln Center in New York City, the National Endowment for the Arts recognized its latest class of NEA Jazz Masters on Tuesday, Jan. 10, 2012.

The honor, here in its 30th year, is the highest federally-supported award for jazz artistry; those recognized received a $25,000 grant and an opportunity to perform. The event was broadcast live tonight at 7:30 p.m. ET through XM Satellite Radio, WBGO-FM and online — with a live video stream — at this page on NPR Music. Video of the entire event is archived at the NEA's website.

The NEA recognized five individuals, all musicians. Jack DeJohnette is one of the great drummers in modern jazz; tenor saxophonist Von Freeman has long been a hard-swinging anchor of the Chicago jazz community; Charlie Haden's bass playing seems endlessly versatile; vocalist Sheila Jordan is known for her distinctive approach and singing workshops; and Jimmy Owens, trumpeter and composer/arranger, receives the A.B. Spellman NEA Jazz Masters Award for Jazz Advocacy for helping to establish housing and emergency assistance for musicians.

Each of the 2012 NEA Jazz Masters was introduced by a short video segment and a guest speaker, then offered the chance to speak. (Haden and Freeman were unable to attend; their children, themselves prominent musicians, accepted their awards for them.) Between awards, songs written by Jazz Masters were performed by Jazz Masters, often with up-and-coming musicians and the Jazz at Lincoln Center Orchestra. The list below separates all the individual performance for on-demand listening.

Since 1982, the NEA has recognized 124 Jazz Masters (or group awards), all of whom were living at the time of their selection. In addition to the one-time grant, recipients are also invited to participate in NEA-sponsored live performances and education programs across the country. The NEA recently announced it would renew its commitment to the Jazz Masters program after proposed funding cuts in 2011 imperiled its future existence. 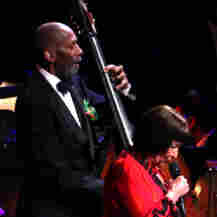 Performed as a duet by Ron Carter (bass, right) and Hubert Laws (flute, left). Carter was named an NEA Jazz Master in 1998 and Laws was inducted in 2011.

"In Your Own Sweet Way" (Dave Brubeck)

Performed by Bobby Hutcherson (vibraphone, left) and Kenny Barron (piano, right). Dave Brubeck was named an NEA Jazz Master in 1999, and Hutcherson and Barron were both inducted in 2010.

"When Will The Blues Leave" (Ornette Coleman)

Performed by the Jazz at Lincoln Center Orchestra, led by Wynton Marsalis. Benny Carter was named an NEA Jazz Master in 1986, and Marsalis was inducted in 2011. Pictured is NEA Chairman Rocco Landesman.