Accessibility links
The Blue Whale: In Los Angeles, An Immigrant's Dream Becomes A Jazz Hub : A Blog Supreme In the middle of a national recession, vocalist Joon Lee stopped recording his debut album because he thought the time was right to open a jazz club. The Los Angeles jazz community has been in agreement ever since.

In Los Angeles, An Immigrant's Dream Becomes A Jazz Hub

In Los Angeles, An Immigrant's Dream Becomes A Jazz Hub 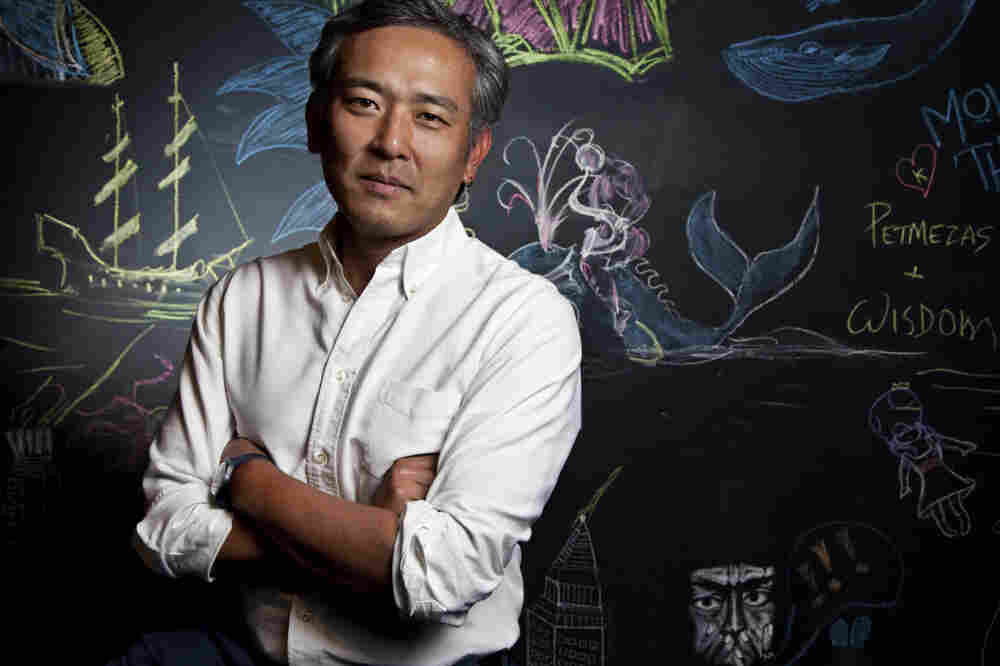 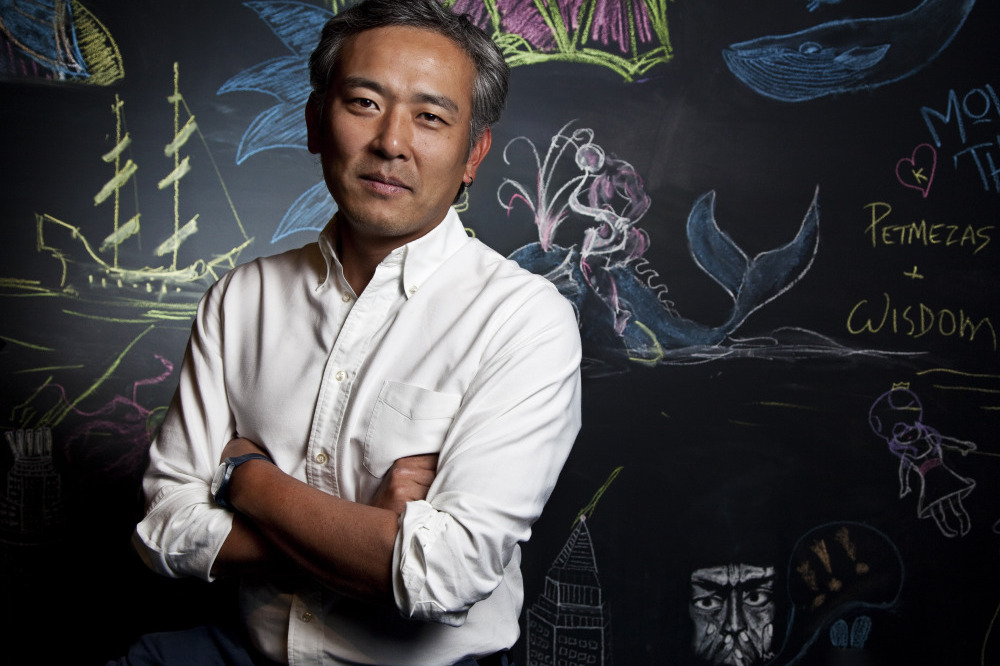 In the middle of recording his debut album, jazz vocalist Joon Lee received a phone call out of nowhere that made him stop, quite literally, in his tracks. A dark, run-down karaoke bar in the corner of a Little Tokyo strip mall was on the market — would he like to have a look?

It was the fall of 2009, and Lee was still a relative unknown in the Los Angeles jazz community. A Korean immigrant, he had been studying architecture in New York City when he heard a recording of pianist Chick Corea and vocalist Bobby McFerrin. He promptly quit school and moved across the country to study jazz singing.

Lee had also fantasized about opening a small performance venue, though initially he didn't find the karaoke bar particularly captivating. "The only really attractive thing about it was that the elevator was really close," he recalled. "That way, the musicians can bring their gear." The timing couldn't have been worse, either — it was, after all, the middle of a major economic recession.

But the appeal proved too powerful. He gave himself only two months to redesign the room. "I had so little time and so little money," he said. "The only stuff that I bought was the ice machine, toilet bowls, stuff like that." Even the elevator proved unreliable.

Lee was resolute. "This was the time that we needed to have some seriously good music," he says. "So I talked to my arranger and I told him that I got another gig — don't ask me why, but I have to stop. ... I don't know if I'm ever going to finish that album or not." 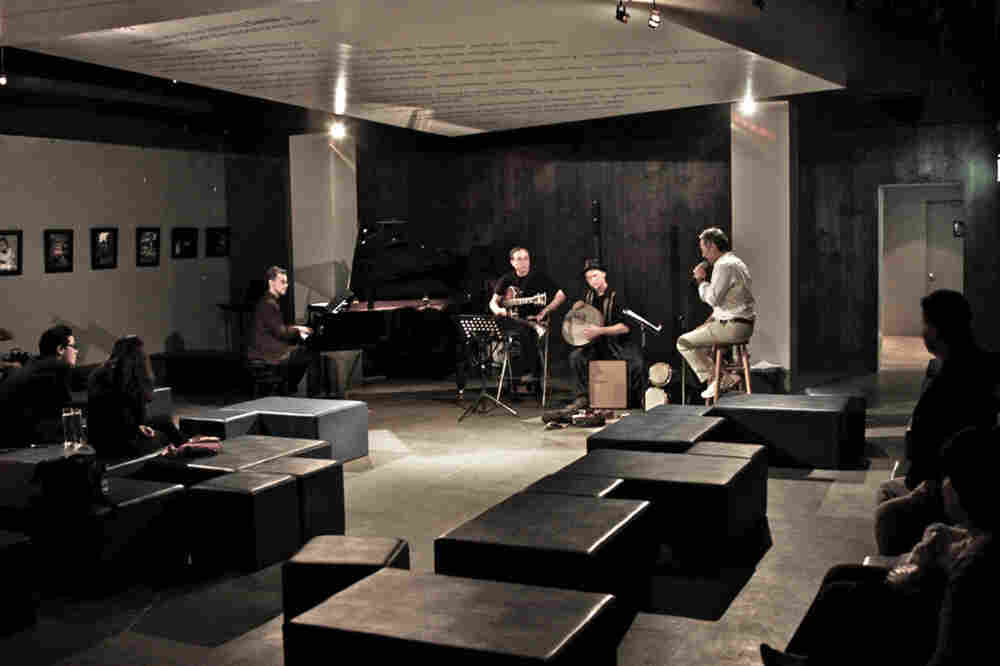 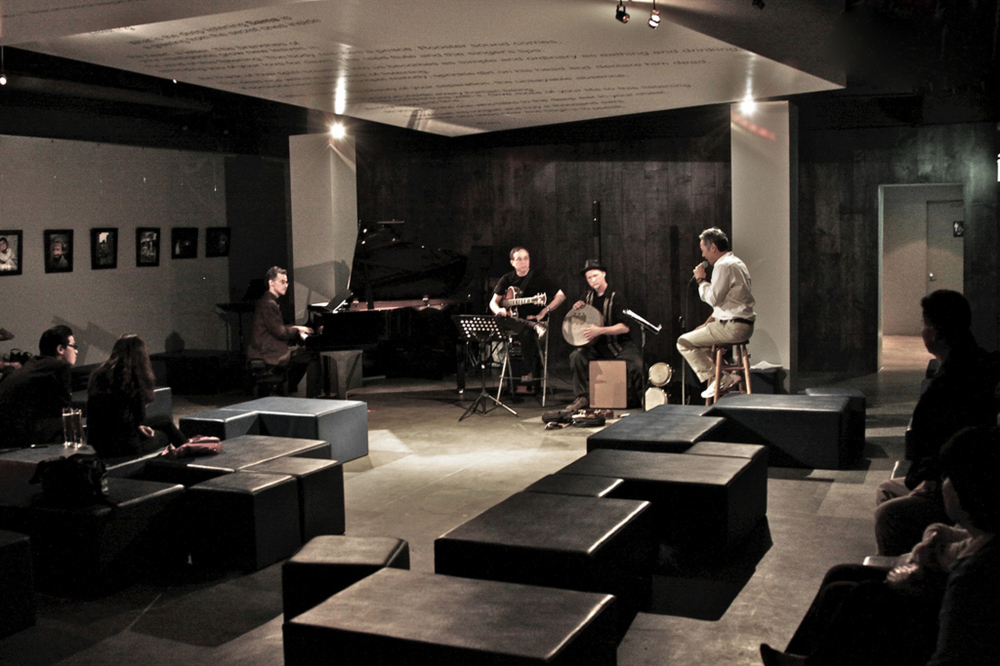 Joon Lee (right) leads a quartet inside the Blue Whale.

Considering its do-it-yourself history, the room's current incarnation as the Blue Whale is strikingly sophisticated. A long, curved bar welcomes customers as they enter through an all-glass front facade; the main seating area is scattered with blue upholstered cubes for seating rather than tables and chairs. Its ceilings feature mystic poetry by Rumi and Hafiz.

Musicians perform between two pillars rather than on an elevated stage, encouraging intimacy between the performers and the audience. "The only thing I was thinking about was just a little playground for musicians and artists," says Lee. "When you improvise, the fun part and thrilling part is sharing the energy between the musicians. I was trying to share the energy with the audience, too."

When you go to the Blue Whale, you see really young kids, you see old people, you see people in the middle, you see women and men, you just see a nice cross-section of a normal city and that's really encouraging.

The approach paid off: Word spread quickly, and the club is now one of the city's most vibrant. Crucially, local musicians have embraced it. Guitarist Anthony Wilson, who is currently in the midst of a weekly residency there, describes last week's show as "one of the best gigs I've had in my life. ... Joon [Lee] maintains a good piano, and it just feels right. It's one of those things that's sort of intangible ... it just feels like you go there and the place has an identity that doesn't put you off."

In fact, the Blue Whale has created so much buzz that players in other cities are starting to notice, too. "I would say that it's thought of as the place in L.A. for hip, creative music," observes saxophonist Ben Wendel, who left Los Angeles for New York shortly before the club opened its doors, but returned recently for a CD release party at the Blue Whale. "David Binney, Uri Caine, John Escreet ... just on and on and on, people are using that space." It's not uncommon to find such prominent New-York-based musicians like the ones Wendel lists at the club. Earlier this month, I spotted Escreet, a pianist, casually enjoying a set by electric bassist Hadrien Feraud.

Fellow L.A. expatriate Alan Ferber, who has returned to play at the Blue Whale multiple times, also remembers the club catching on right away. "The buzz about it was really strong," Ferber says. "All these people were like, 'That's the spot.' " And it's not just fellow musicians who come to check it out. "When you go to the Blue Whale," Wendel says, "you see really young kids, you see old people, you see people in the middle, you see women and men, you just see a nice cross-section of a normal city, and that's really encouraging." 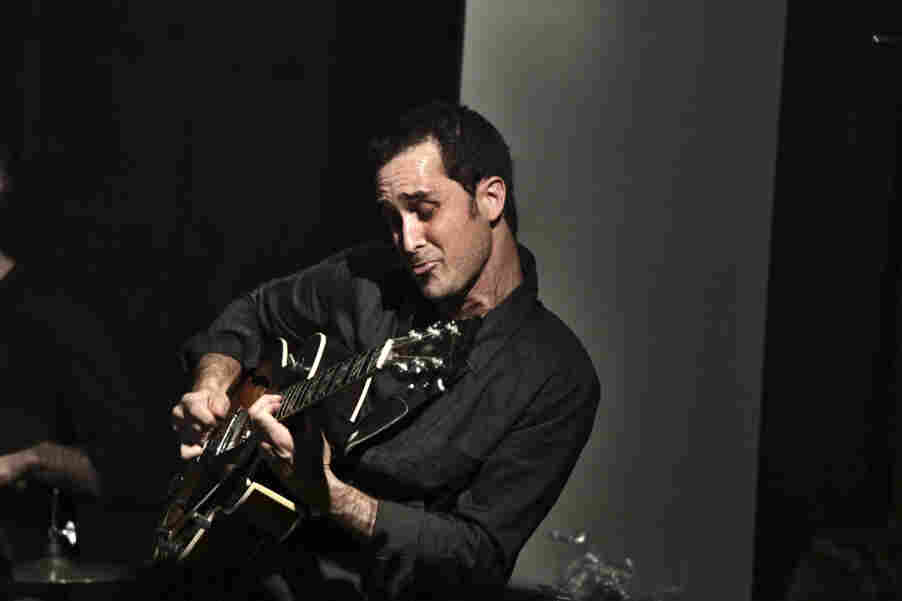 New-York-based Jonathan Kreisberg plays the Blue Whale with a quartet. The venue often features musicians from out of town, but has been embraced by local musicians as well. Dario Griffin for NPR hide caption 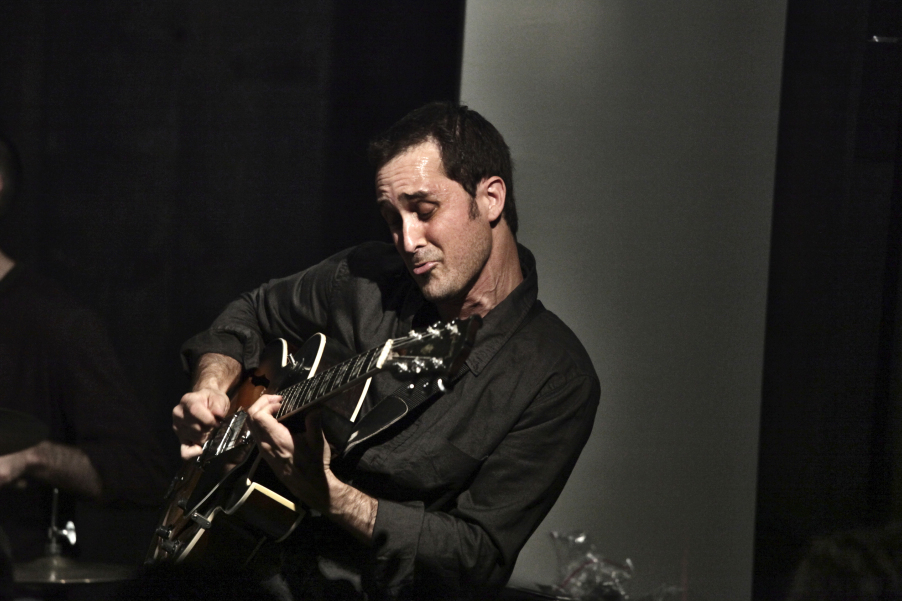 New-York-based Jonathan Kreisberg plays the Blue Whale with a quartet. The venue often features musicians from out of town, but has been embraced by local musicians as well.

The city of Los Angeles has long been a jazz hotbed, ever since musicians moved westward with the budding entertainment industry to play for movie houses and radio orchestras. The Local 47 Musicians Union quickly became an epicenter for the national entertainment industry, supporting the careers of many jazz musicians.

But lately, in the wake of a crippling recession, the jazz community has struggled. The prestigious Thelonious Monk Institute left its longtime home at the University of Southern California for New Orleans in 2007; the city's most celebrated venue, The Jazz Bakery, closed its doors two years later. The decline of well-paying studio gigs continually confronts musicians.

The Blue Whale thus arrived at a crucial moment, but Joon Lee is also quick to praise his predecessors. He cites Rocco Somazzi, a veteran promoter and club owner who has booked adventuresome jazz in Los Angeles since the late 1990s, as one of his primary inspirations. "Yeah, I'm luckier than Rocco," he jokes. "But I opened this place because I always admired what Rocco has been doing [for] the city."

Somazzi, who is about to open a new venue in Oakland, Calif., believes that the lack of any major dedicated jazz concert venues in Los Angeles gives the Blue Whale a leg up on other cities. "The people that are at the pinnacle ... they have nowhere else to play; they normally wouldn't play at clubs this small," he says. "So the Blue Whale has this unique opportunity to present music that is really at the highest possible level ... in an intimate setting."

That intimate setting was on display this past New Year's Eve, when the club hosted the Billy Childs Quartet for NPR Music's Toast of the Nation broadcast. (Full disclosure: I helped produce this broadcast.) The raucous crowd acted as a fifth member of the ensemble, as heard on the archived recording. "What's really magical is that musicians themselves are able to play in a different way in a club like that ... when you have 100 people in a small room and that energy," Somazzi says.

Los Angeles, with a population slightly less than New York City's spread over an area nearly as large as Connecticut, moves to a distinct social rhythm. Both musicians and venues are spread across the city's wide expanse. Community-fostering spaces like the Blue Whale are thus highly prized.

The club Largo (which inspired pianist Brad Mehldau's eponymous album) is another example; the Jazz Bakery, World Stage, Rocco's, Catalina's and others have also inspired collaborative activity. Joon Lee's club is only the latest to step up to the plate, but its rapid embrace speaks to how indispensable it's become.

"In L.A. there have not been enough places to play, then on top of that the places that are there aren't very sexy," says Wilson, the guitarist. "They're not accessible to everybody — either the club costs too much money or it doesn't feel like a room, a space that you'd want to be in."

Wilson continued. "There's so many young people who want to hear the music but can't afford it," he says. "But the lifeblood of the music is connected to people having access to it and wanting to be around it. There needs to be a place that you're going to get really quality music but there's a sense of community and people sharing, and I experienced all that stuff immediately when I first went [to the Blue Whale]."

To that end, Lee has made it a point to highlight top local players, giving curatorial residencies to prominent musicians such as Wilson, the members of the Los Angeles Jazz Collective and bassist Tim Lefebvre. "Joon's gift is that he's able to make sure that things are flowing in the way that he wants, but you don't get the sense that he's overcontrolling," Wendel says. "He's able to allow the musicians to invest their creativity in the space."

The enthusiasm that has surrounded the Blue Whale's arrival could be a bellwether for an upswing in the Los Angeles jazz scene. In the past year, the Thelonious Monk Institute and the Jazz Bakery have announced plans to return soon, with the former setting up shop at UCLA, and the latter moving into a new building to be designed by superstar architect Frank Gehry.

Neither of those institutions, however, stands to replicate the atmosphere of their smaller cousin. "I love to just get some chicken wings and a beer at the bar and listen to the music," Wilson says.