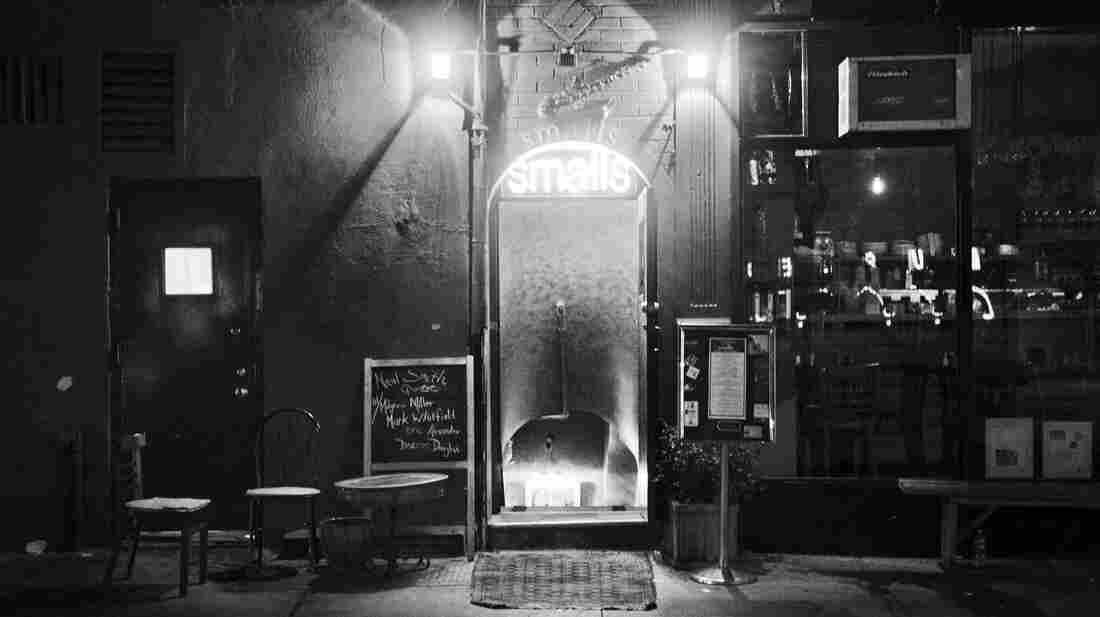 The New York City club Smalls has made its shows available via live webcast and records some of them for an in-house record label. Michelle Watt/Courtesy of Smalls hide caption 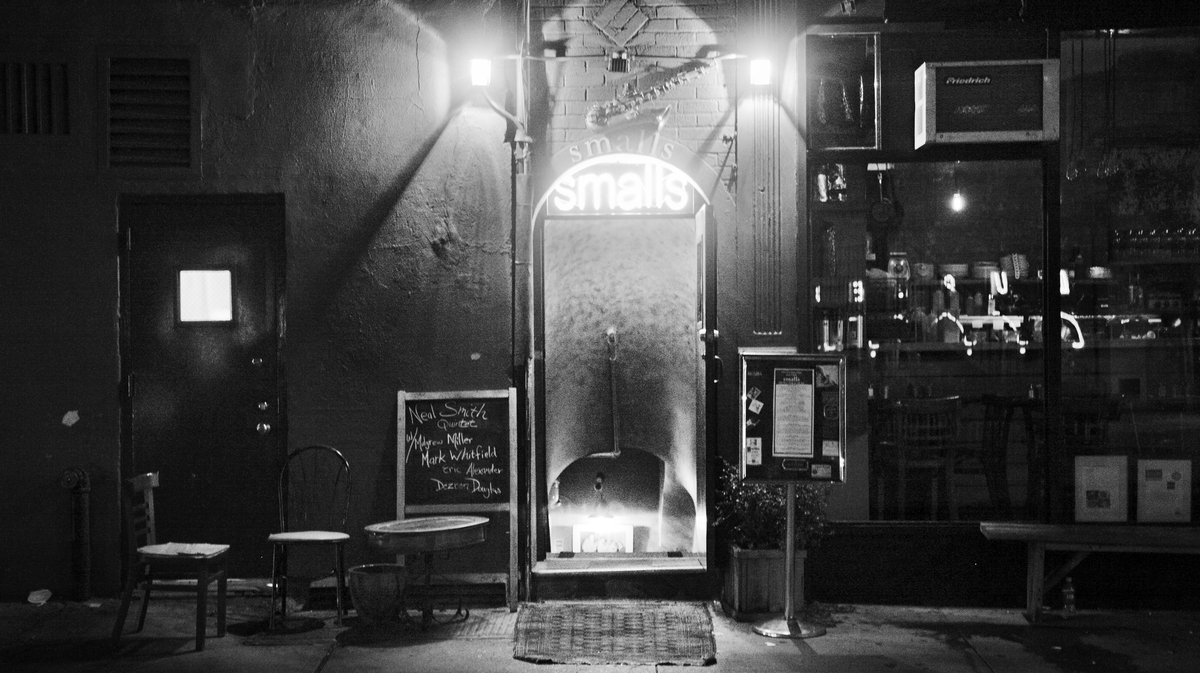 The New York City club Smalls has made its shows available via live webcast and records some of them for an in-house record label.

Recently on A Blog Supreme, pianist and blogger Kurt Ellenberger expressed doubt that audiences for jazz can continue to grow, writing that audience development is "a tall order that seems insurmountable." Although this alarm bell has been sounded by jazz writers for at least seven decades, musicians stubbornly seem to keep on playing, and new fans keep on discovering the music.

It's true, though, that the shape of jazz audience development to come seems to be changing. Rather than linking up with national entertainment circuits or large-scale public campaigns like the Ken Burns film Jazz, many successful efforts are operating on a grassroots scale, through local efforts and dedicated distribution channels. By playing creatively both on and off the bandstand, musicians are actually bringing their sound to new audiences all over the world.

Examples abound. CapitalBop, Search and Restore, Revive Music Group, the Center City Jazz Festival, the Blue Whale, Darcy James Argue, the Outpost Performance Space, and many, many others — these cases were simply drawn from NPR Music stories — are creating communities around art. Taken together, these efforts show that Ellenberger's lament doesn't reflect this staggeringly vibrant reality. Rather than pining for grand solutions, perhaps it's time to recognize the vast diversity and creativity that jazz is offering to its audiences today.

To get a sense of their challenges, I talked to six organizations that are putting it all on the line for the music they love. None offer any universal solutions, but they do show that when it comes to cultivating local jazz audiences, devoted musicians are taking their training in improvisation to heart.

The San Francisco Bay Area has long been home to fantastic jazz musicians, but it's also a notoriously balkanized community. The SF Offside Festival, a recent three-day gathering of top local talent, wove the area's diverse talent into one intense weekend showcase, generating buzz for the local scene. The crowd was a mix of the area's spread-out network of hardcore fans and the serendipitous arrival of curious passers-by. "The vibe has been overwhelmingly positive from all the musicians, and the people invested in the community here," says guitarist Alex Pinto, who co-directs the festival with local music curator Laura Maguire. 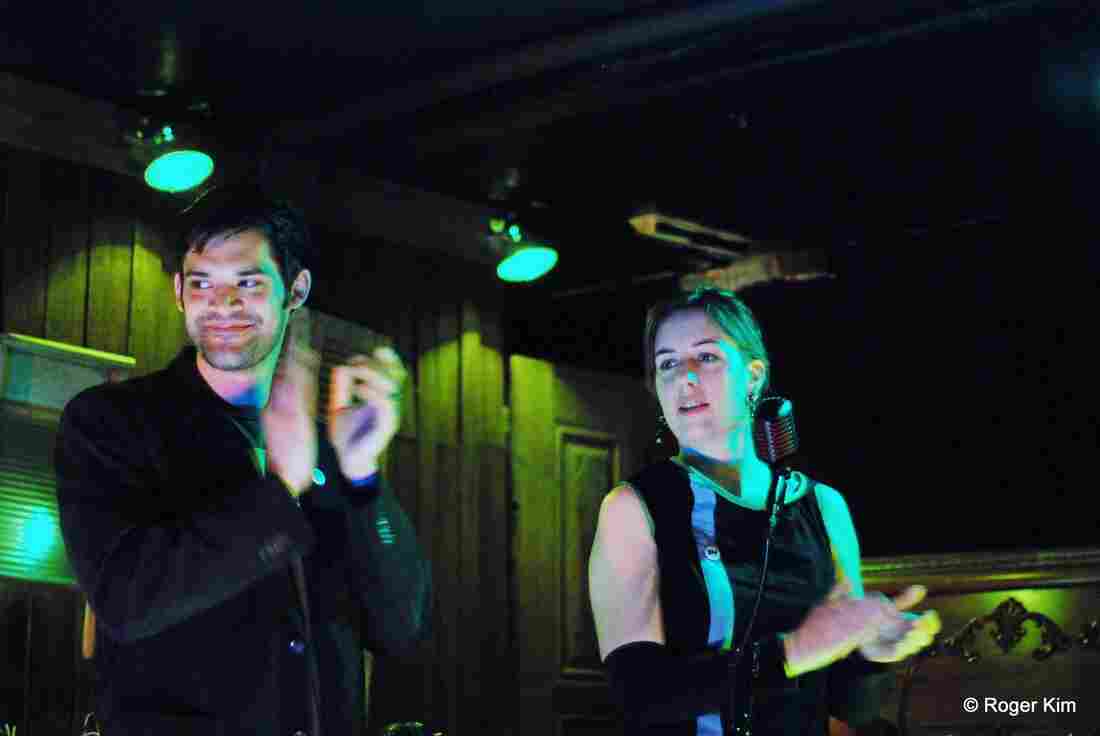 Maguire and Pinto also made sure that younger artists and women — such as bassist Lisa Mezzacappa, the opening-night headliner — were well-represented. "Despite its roots in African-American culture, I think a lot of people associate 'jazz' with old, privileged, white dudes," Maguire says. "So if there's any chance to build new audiences, the associations with the label need to change." The inaugural festival attracted a decidedly younger crowd, and an even balance of men and women. As Maguire put it, SF Offside "was definitely not an old white guy festival!"

Los Angeles pianist Josh Nelson, another California jazz musician with an entrepreneurial spirit, started his own innovative jazz series earlier this month at Vitello's, one of the city's prominent jazz clubs. Once a month, Nelson curates a unique double-bill: improvised music paired with live painting. The first Discovery Session featured Nelson playing with his two closest musical collaborators, drummer Dan Schnelle and bassist Dave Robaire, with guitarist Anthony Wilson joining the trio for a second set. All the while, visual artist Claudia Carballada brought a blank canvas to life over the course of the evening. "As I painted, I found gestures or marks became forms, and colors would shift," Carballada says. "And at the end, I have this spirited embodiment of the music."

"It's like an umami thing — getting all these tastes and flavors," Nelson says. "The emphasis is on discovering new visual artists and also musical artists. ... There just needs to be two or three people taking the reins ... debuting somebody else, maybe it's a classical thing ... or some electronica—there's so many ways it can go." Nelson believes that this re-imagining of the jazz club experience will inject new energy into the community. As Carballada explains, "He's got his finger on the pulse of the art world today, this beautiful blurring of boundaries — [he's] bringing that into the club arena. It's great to have an audience there to experience it with you."

After decades barely scraping by, the Cathedral Park Jazz Festival — Portland, Ore.'s free summer concert series — finally went bankrupt earlier this year. Fortunately, a local nonprofit called InterArts stepped in to absorb the 32-year-old tradition. Needing to reconstitute the festival board and completely revamp the programming, they turned to one of the community's most active musicians and curators, saxophonist Mary-Sue Tobin.

Rather than lament the difficult state of affairs, she refuses to scale down. "We're not even pulling back, we're going to expand," she says. "We're going for it — if we're going to do it, we're going to do it right." For her, that means offering more music and defining jazz broadly. "Last year they only had seven artists over three days," she says. "This year, we have 12. You have a brass New Orleans second line band, straight-ahead ... swing, modern, avant, blues ... the entire spectrum of jazz."

Tobin and InterArts kicked off the festival season with a benefit concert titled TRANSFORMER. The event raised crucial seed money thanks to local businesses and musicians raffling CDs and other items. Featuring a dozen of the city's top bands, it was also a preview for what's in store at Cathedral Park this summer.

"It was terrific," Tobin says. "The place was packed the whole time. We saw a lot of people from outside of the scene, which means were able to reach outside of the circle of regular jazz fans. We had 12 bands so it could have been madness ... [but] everyone just did short sets so we were able to do a wide variety of stuff."

Los Angeles-based record label Posi-Tone Records has been reaching new fans the old-fashioned way: by selling albums. For co-owner and producer Marc Free, the key to making jazz happen in the 21st century is an entrepreneurial spirit. "It strikes me that people want to run away from jazz being a business," he says. "People have this attitude that jazz runs best with patronage, but I don't know any distributors who give any patronage. To them, it's a cold hard business."

Despite the sharp drop in profit margins caused by new technology, Posi-Tone has stayed in the black through "vertical integration"—that is, cutting out the middleman. Doing their own engineering, recording, marketing and production has allowed Free and his company to release three times as many records per year as when they started five years ago. As a result, Posi-Tone is reaching about six times more listeners than it did five years ago, and its primary consumer demographic has dropped to 35-to-45-year-olds.

Partnerships with artists have driven much of this success. "It's no longer the artist and the label, it's like the artist is running a small business and we're running a small business and we're trying to engage in a joint venture with a limited partnership," Free says. "We've found that the artists who [sells] more than a certain number of copies on the bandstand, the record is almost always in the black. Some of these guys are like girl scouts selling cookies out there ... they play their ass off and they know it's their job to sell their record." 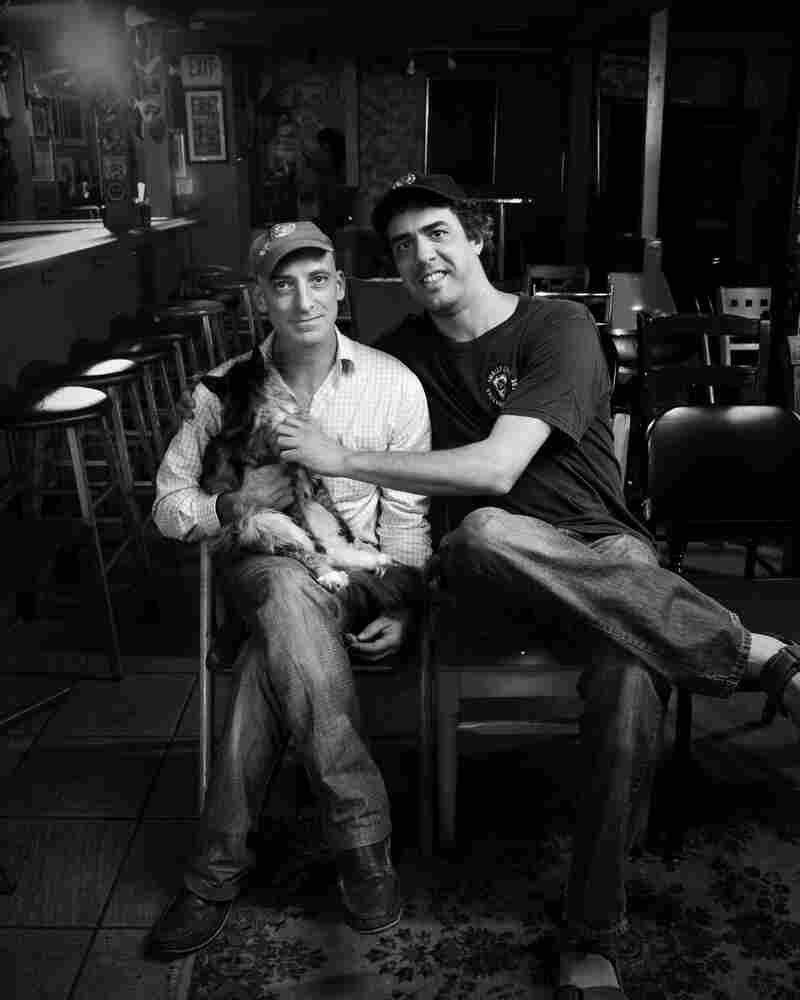 In New York City, another independent jazz label owner has taken a different approach to reaching a wide audience. Pianist Spike Wilner, who runs the Smalls Live label as part of managing the West Village jazz club Smalls, has been recording concerts and jam sessions at the club since he began work there five years ago. Wilner's vision involves sharing the freewheeling atmosphere with a global audience, via a live video webcast and a database of every artist who plays there at the club's website. He is proud of this global reach, with regular viewers tuning in from as far away as South America, Europe, Australia and Japan.

Building a catalog of great live recordings from Smalls is also a part of Wilner's vision. "What will build the audience is positive association and letting people see what you are about," he says. "I'm kind of like an archivist in the sense that the past and the history is the key to how we play now. The current ... musicians playing in NYC are all on a high level, and it should be preserved. I want to give to the future this library of the best musicians in jazz."

Two years ago, a pair of Santiago, Chile jazz musicians weren't having much success convincing their local record labels to produce a jazz project. So Sebastián Jordán and Nicolás Vera started their own imprint, Discos Pendiente. (The rough translation is Unresolved Records.) "I remember calling up Nico to start a recording project," Jordán says. "And I was like, 'I don't have a label' ... and he said, 'me neither—you want to make a label then?'"

Discos Pendiente has helped to unite the local scene: A self-managed musicians' collective has sprung up around the label. "Sometimes [recording projects] are the only motivation to really work at something," Jordán says. "It brings all the energy together and makes everything better. The 'team' wins." Jordán and Vera's third teammate is radio producer and relentless jazz promoter Roberto Barahona, who connected them with a top-notch recording engineer. "It has changed the horizon, the cultural universe of the jazz scene," Barahona says.

The musicians' careers have taken off since then, too: One of Jordán's early discs earned him the prestigious Altazor award, which then led to a worldwide tour to China, Mexico and Argentina. The label's success has also attracted the attention of the Gabriela Mistral Cultural Center, one of the country's most prestigious arts presenting organizations. Dedicated to expanding audiences for Chilean art, the center has just announced a formal partnership with Discos Pendiente to help them record and distribute their music more widely.