Accessibility links
Five New Singers At The 2012 Monterey Jazz Festival : A Blog Supreme The long-running jazz festival is set to go on this weekend for the 55th year. As always, new talent will be there — including these emerging vocalists. Artistic director Tim Jackson breaks down some of the performers he picked. 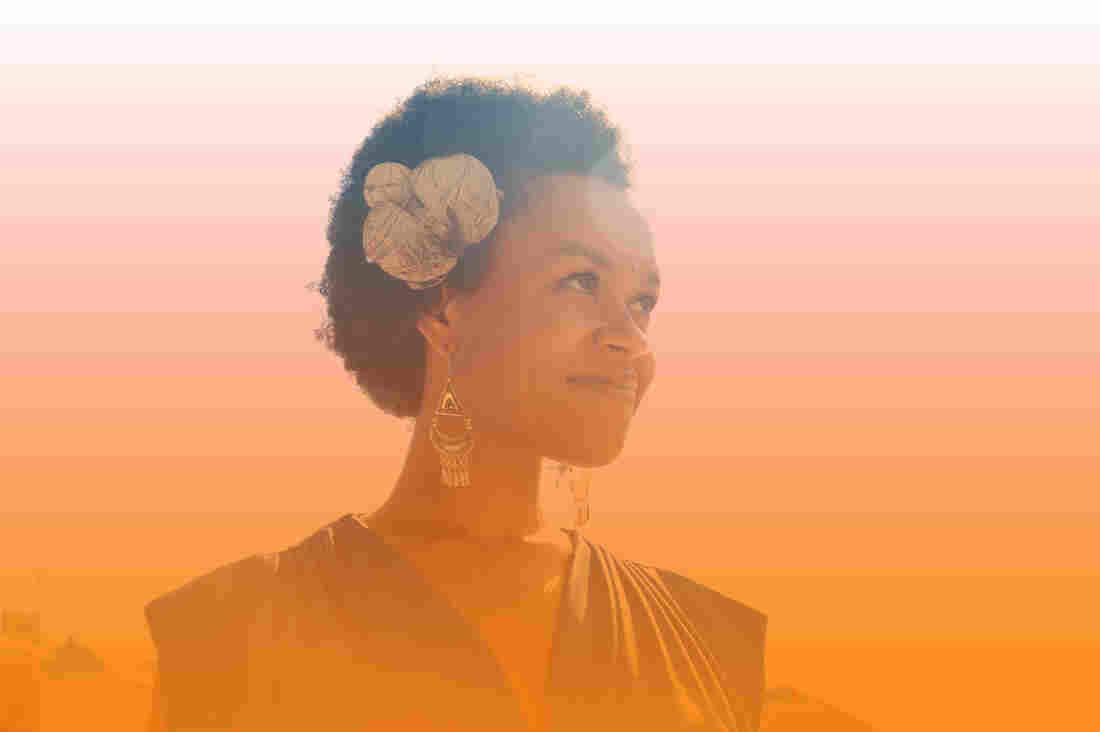 Meklit Hadero is based in the San Francisco Bay area, a two-hour drive north of Monterey. Rus Anson/Courtesy of the artist hide caption 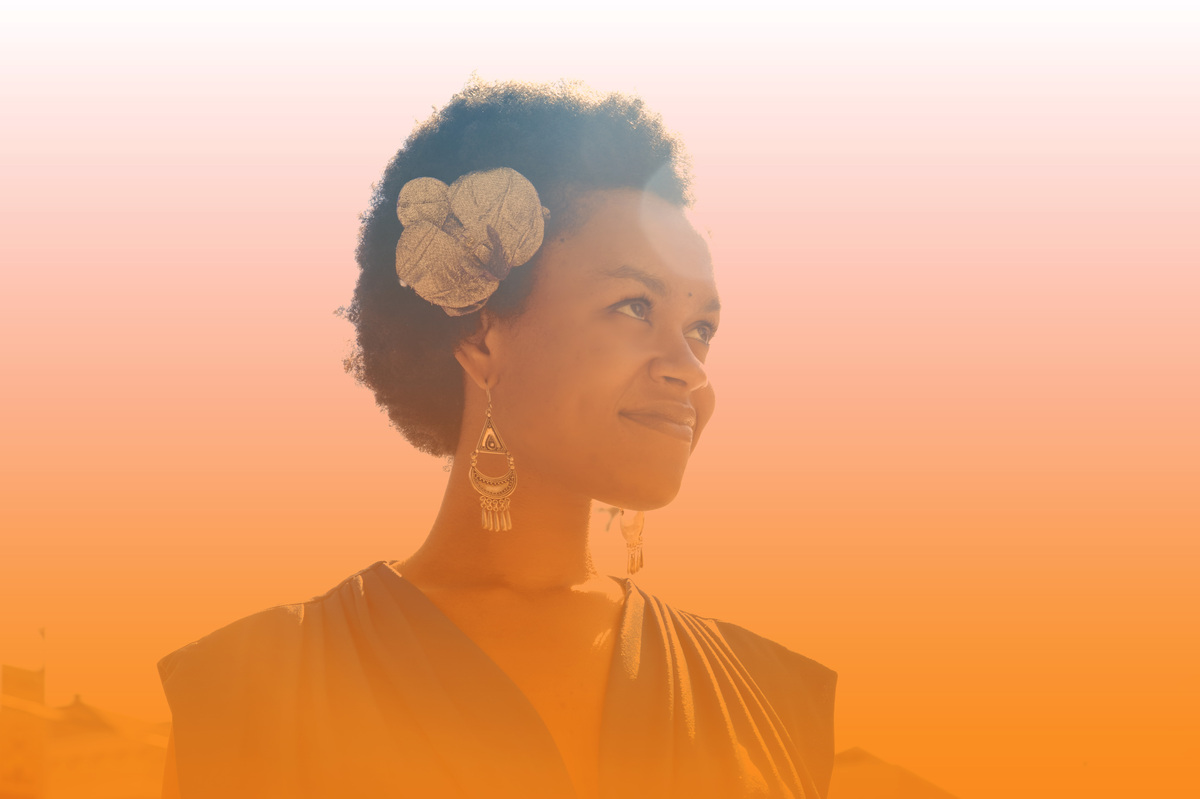 Meklit Hadero is based in the San Francisco Bay area, a two-hour drive north of Monterey.

Rus Anson/Courtesy of the artist

This weekend's Monterey Jazz Festival is both low-key and high-end. The venues couldn't be more down to earth: The arena where the headliners perform is an open-air space with a straw-covered dirt floor, but the talent is stellar. This year's 55th-anniversary lineup has plenty of big names, including Tony Bennett, Jack DeJohnette, Bill Frisell, Esperanza Spalding, Pat Metheny, Dee Dee Bridgewater and newly minted NEA Jazz Master Eddie Palmieri, to name a few.

Each year, artistic director Tim Jackson turns down 10 times as many artists as he accepts, so it's a fine thing to be on the MJF program, especially as a first-timer. Among the artists making their MJF debuts are five vocalists who together paint a picture of jazz singing today.

It's getting harder to categorize jazz musicians in general, but it can be said that of these five, two are more mainstream, two are more pop-oriented and one does whatever he pleases. "They're an interesting mix," Jackson says. "People are approaching the music from a lot of different angles, from reinterpreting classic material to taking it into new areas. There's a lot of diversity there. It speaks well for the music and for the festival. Frankly, it's what makes the festival interesting."

Jackson gave us the ultimate insider's view on each singer during a phone conversation earlier this week.

She sounds a bit like Tracy Chapman and a little like Joni Mitchell, with touches of Nina Simone and Norah Jones. It's surprising for a singer born in Ethiopia. "Before I heard her," Jackson says, "I had a vision of what her music would sound like, and it didn't sound anything like that. I was taken with her arrangements, her band and her crystal-clear voice." Emigrating with her parents as a baby, Hadero grew up in Iowa, New York and Florida, went to Yale, moved to San Francisco, got involved in the arts scene and released On a Day Like This on the local Porto Franco label in 2010. She sings and plays acoustic guitar, backed by an unusual array of instruments, including cello, oboe and ney flute.

His debut album on Motema, 2010's Water, made him an international touring artist and earned a Best Jazz Vocal Album Grammy nomination. The British and the French adore him. Born in Los Angeles, now living in Brooklyn, Gregory Porter came to jazz via football and the theater; he started singing in small clubs in San Diego while on a football scholarship and appeared in Ain't Nothin' but the Blues on Broadway. He has an old-school sound, an elastic sense of rhythm and a big, warm voice he's not afraid to use, whether in a ballad or a ferocious horn-driven number. "I like his mix," Jackson says. "A little bit of Marvin Gaye at times, yet it still comes from this jazz tradition that's cool. I like the way he integrates several horn players, as well." This song, "Be Good," is the title track from his new album.

Jose James didn't win the 2004 Thelonious Monk competition, which might have been a good thing. Unburdened by that crown, he's followed his own path, flavoring his music with jazz, funk, hip-hop, electronica and R&B. After recording two albums for British DJ/producer Gilles Peterson's Brownswood label and a third for Impulse! (The Dreamer, with Belgian pianist Jef Neve), he signed to Blue Note, which releases No Beginning No End in January. (The album opener, "It's All Over Your Body," came out Tuesday on an EP; "Trouble" is the iTunes Single of the Week.) "I first saw Jose James at the Jazz Standard, and he had a smoking little band," Jackson says. "I heard his free-wheeling nature. I also saw him at Kuumbwa Jazz Center with McCoy Tyner. It's clear to me he's a very well-schooled musician. Fun, but serious at the same time." This is a live version from a standard he recorded on Blackmagic.

Catherine Russell was fated to be a jazz singer — it just took her a minute to get there. Her father, Luis Russell, was Louis Armstrong's musical director; her mother, vocalist and bassist Carline Ray, performed with Mary Lou Williams and the International Sweethearts of Rhythm. Russell spent years as a backup singer to stars like Paul Simon and Cyndi Lauper before making her first album, Cat (2006). It was quickly followed by three more, including the latest, this year's Strictly Romancin'. She specializes in the Great American Songbook, bringing to each tune her own clear intelligence and strong, lovely voice without feeling the need to remake it in her image. "I love her vibe," Jackson says, "and that Americana spirit in her. I think she'll really come across to our audience, especially on the Garden Stage." Here's a live version of "Romance in the Dark," which appears on the new album.

Of our five Monterey first-timers, Melody Gardot is the only one to perform on the festival's main stage, the only one to make a video for the French luxury jeweler Piaget and the only one to be featured in German Vogue. But we digress. Her personal story is compelling, her ever-present sunglasses and cane the results of devastating injuries suffered when she was hit by an SUV and left for dead. Music was her therapy during her long recovery. Released in May, The Absence is her third recording on the Verve label. "I've liked everything she's done," Jackson says, "and I like the new record. We're betting on her pretty heavily. Some people wonder how she'll do on opening night, if the subtlety of her music might get lost. Traditionally, on Friday night, people are restless, greeting their neighbors, settling in. We're opening with Gordon Goodwin's Big Phat Band, a 20-piece big band, hitting them hard. They'll be ready."