Accessibility links
Jamison Ross Wins 2012 Thelonious Monk Competition For Drummers : A Blog Supreme During the final round, the 24-year-old New Orleans musician made clear statements within the blues form with a lay audience in mind. He takes home a $25,000 scholarship and a recording contract. Justin Brown finished second, and Colin Stranahan third. 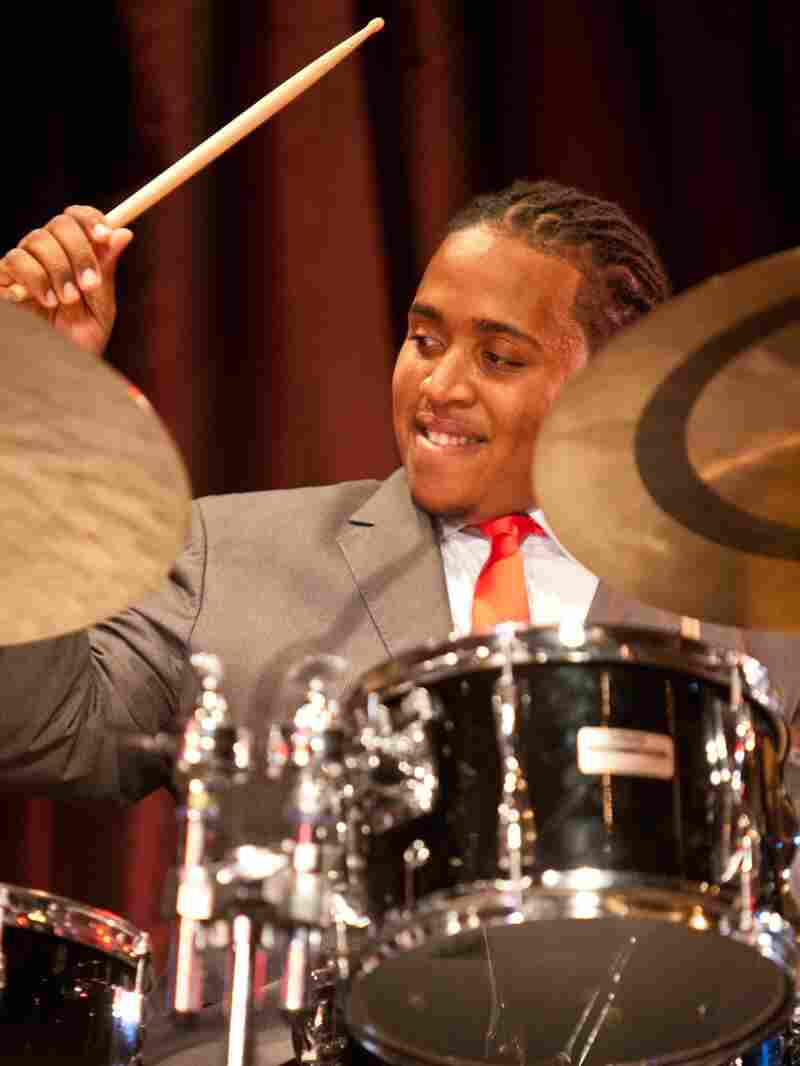 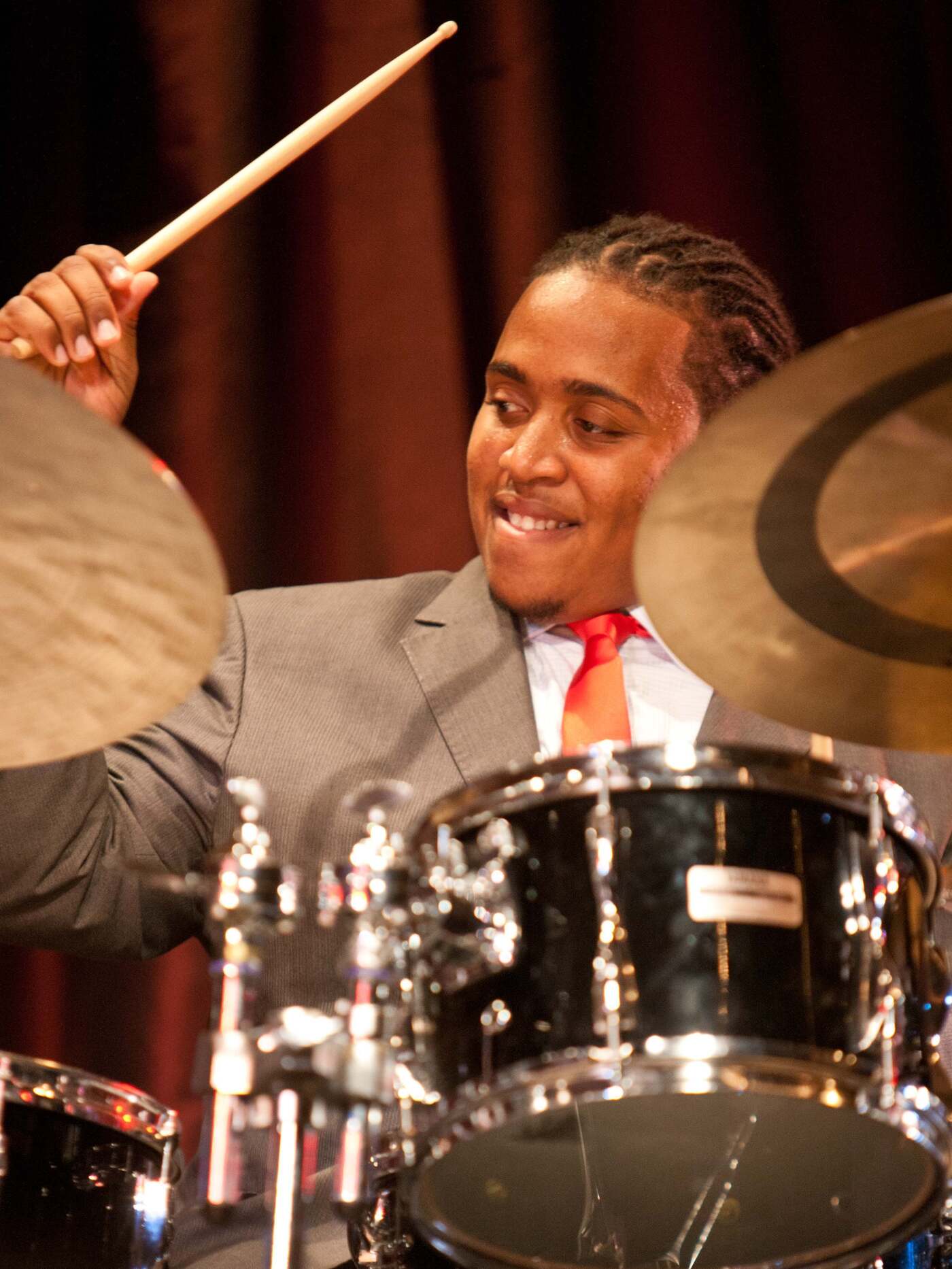 Jamison Ross competes in the semifinal round of the 2012 Thelonious Monk Competition.

Steve Mundinger/Courtesy of the Thelonious Monk Institute of Jazz

In a ceremony and concert last night, the Thelonious Monk Institute of Jazz recognized Jamison Ross, 24, as the winner of its annual competition for young musicians. The competition, the highest profile event of its kind, was open to drummers this year.

What Did The Monk Competition Ever Do For You?

After advancing from the semifinal round, contested on Saturday afternoon, Ross and his two fellow finalists were asked to perform two pieces with a small house ensemble during the first half of last night's gala. Ross chose James Black's "Magnolia Triangle" — a minor blues in 5/4 — and finished with an original composition, titled "Shrimp and Grits" and redolent of late-'50s and early-'60s soul jazz.

Among the attributes the judges may have favored were a clarity and precision to his ride cymbal, an evident command of timekeeping subtleties and clean, bright use of different colors, even though he appeared to spend less time soloing than the other finalists.

"I'm a drummer — when I'm on a gig, I'm supporting people," Ross said in an interview last night. Asked about his approach to the instrument, he later explained that he tries to keep the layperson audience member in mind. "I like music for listeners, not musicians," he said. "I'm about the people."

Ross is no stranger to musicians of a high caliber; for several years, he's been touring with singer Carmen Lundy. He studied at Florida State University, where he was able to study with Leon Anderson and Marcus Roberts. Since moving to New Orleans to pursue a master's degree, he has also found a spot in bands led by saxophonist Wess "Warmdaddy" Anderson and pianist Henry Butler, and will appear as a supporting musician in a future episode of Treme.

Still, he says he was happy to have encountered the musicians he did during the Monk Competition.

"I know people have conflicting views on competition, but to be honest with you, it doesn't have the vibe of a competition," he said. He added that, while he loves living in New Orleans, it doesn't allow him to check out developments in the bigger New York jazz scene. "So it was highly beneficial to even get [to the semifinal round] and get exposed to what's going on. It has been a phenomenal experience."

Late last night, Ross said he "lucked out," and repeatedly expressed his gratitude for the opportunities given him. He also displayed some optimism for the future of his craft, even in reference to his generation of young African-Americans.

"It will take this next generation of young musicians," he said. "But I strongly feel that jazz can be cool."