Accessibility links
Saxophonist David S. Ware, A 'One-Of-A-Kind' Improviser, Dies : A Blog Supreme He wasn't a mainstream jazz musician, but the power of his vision for free improvisation won him acclaim from both the jazz community and beyond. The leader of a long-running quartet and a sideman to greats like Cecil Taylor, he was 62 when he died of complications from kidney disease. 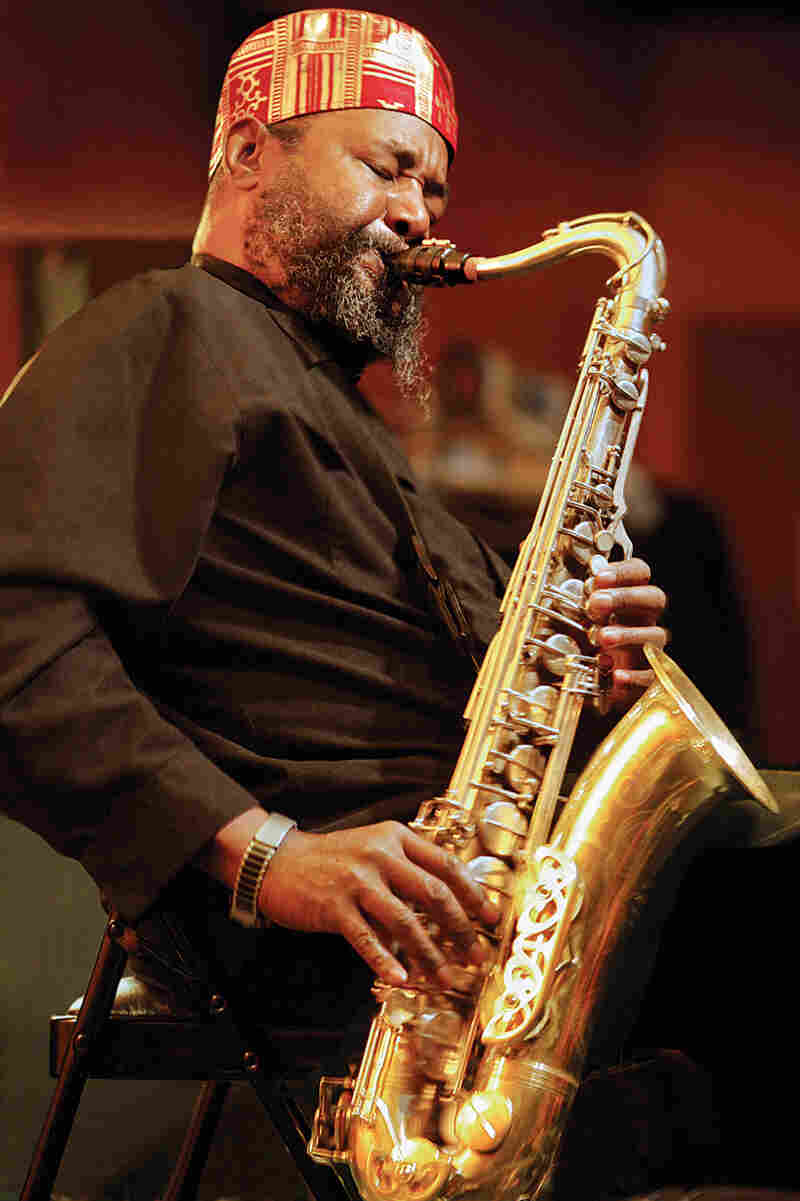 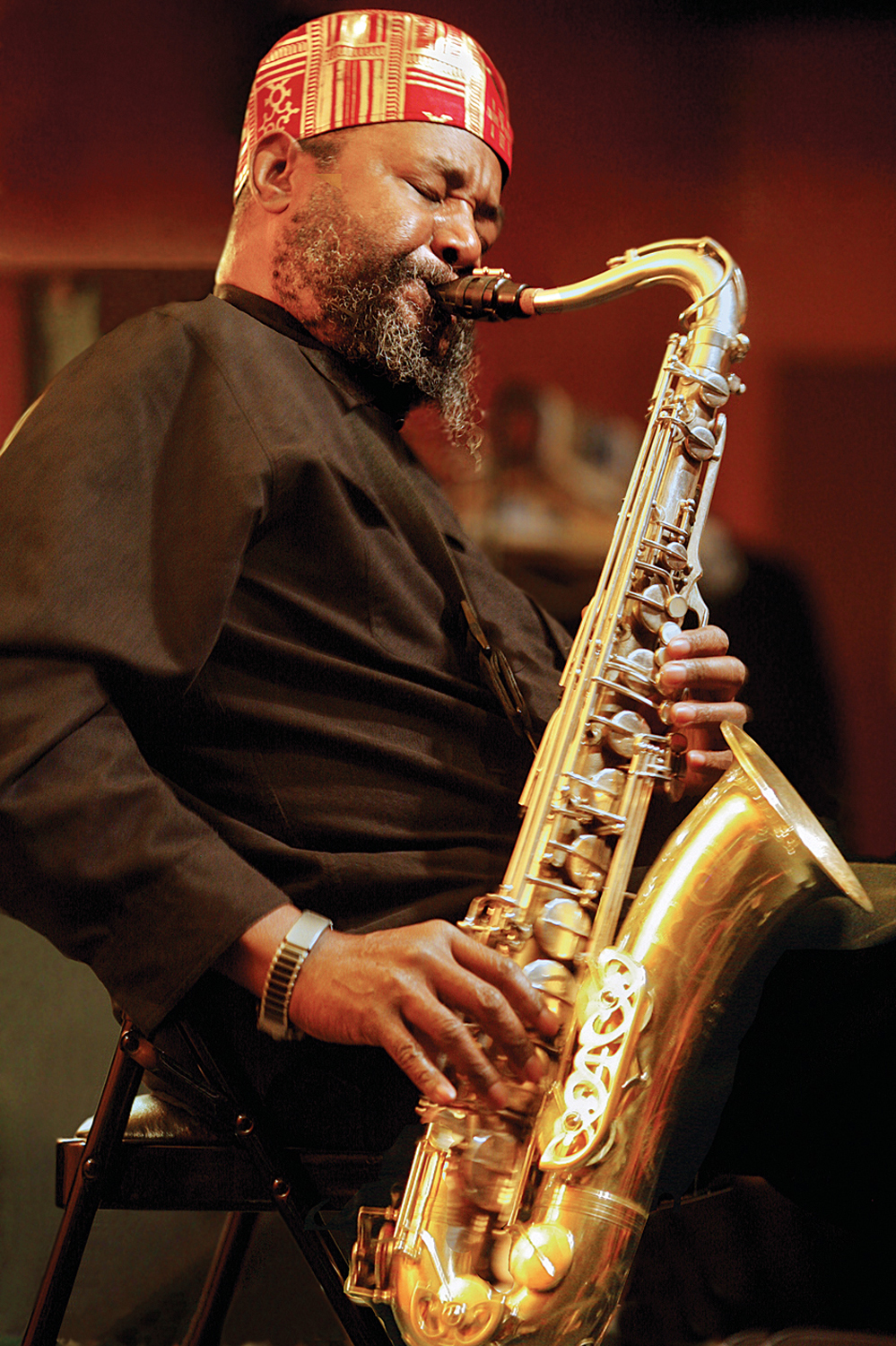 Michael Jackson/Courtesy of the artist

The saxophonist David S. Ware, one of the most prominent and powerful musicians dedicated to free improvising, died Thursday in New Brunswick, N.J. The cause was related to a 2009 kidney transplant. He was 62.

Based in New York, Ware was a member of bands led by pianist Cecil Taylor and drummer Andrew Cyrille, and led the David S. Ware Quartet for more than 16 years. Most of his creative output could be classified as avant-garde jazz, though Ware often stressed his connections to jazz history — he once recorded the entirety of Sonny Rollins' Freedom Suite, for instance — and aligned his musical goals with celestial ones.

"I'm on the spiritual path with this thing called music, playing an instrument," he told Josh Jackson of WBGO in 2011. "I'm using music as a vehicle for transcendence. ... Ultimately, it's not about reaching any end, for any practical purposes."

Along the way, Ware did enjoy practical success, or at least acclaim. He remains best known for his quartet, which started in 1989 and ran until 2007, with pianist Matthew Shipp, bassist William Parker and a succession of drummers: Marc Edwards, Whit Dickey, Susie Ibarra and Guillermo E. Brown. Ware's quartet was documented on Homestead Records, at the time predominantly an indie-rock label; recruited by Branford Marsalis to make several albums for Columbia Jazz, a major label; and called "the best small band in jazz today" by the prominent critic Gary Giddins in 2001.

In his last decade, Ware was documented often on AUM Fidelity, a record label run by Steven Joerg (who first brought him to Homestead), who was also his manager. When kidney disease forced Ware to undergo a kidney transplant in 2009, Joerg led the successful charge to find a donor.

In an email, Matthew Shipp, his longtime pianist, remembered his colleague:

"Playing with David S. Ware for 16 years was a dream. To be able to play with a conceptualist who understands the whole tenor tradition but who had the vision to pursue a very focused and original quartet concept was a tremendous experience.

"David is such a unique person — a one-of-a-kind type cat. Who else synthesized Sonny-Rollins type sax virtuosity with a post-Cecil-Taylor-Unit-Structure type focus with a post-Coltrane-Quartet type spirituality? His lines and themes carry great weight.

"David was a minimalist and a maximist at the same time. I know no one else I can say that about — he had his own unique sound with tremendous depth, soul, and his music has a deep compassion in it.

"David's gift to the world is his quartet concept as much as his sax virtuosity.

"David was a man of tremendous paradox, which added to his mystery: a peace-loving pacifist who had a love for and collection of firearms. He loved cars and speeding in cars. He had a tremendous sense of humor, but was so focused on who he was in the music — what his vision was — one of the most austere artists I've ever known. He never had any doubt about who he was and what he should be doing in the music, and he traveled a straight line with no confusion to his equation. I think of David as a great iconoclast in the tradition of other iconoclasts like Sun Ra, Thelonious Monk or anyone who pursues a personal vision to the end. But as focused an artist as David was, he was also a regular guy. Like I said earlier, he loved cars, loved ultimate fighting and the UFC, etc.

"I have many, many stories I could tell about David but the most important thing is that he went against the grain and changed jazz history by developing an original concept when people thought that there was nothing new you could do with music that came out of a free jazz aesthetic. He proved them wrong and added great beauty to the world."