Accessibility links
A Charles Mingus Anecdote That Has Nothing To Do With Breasts : A Blog Supreme In 1961, the great bassist and composer started a long residency at a club in Queens, N.Y., called Copa City. It was a period of bold artistic statements from Mingus. Now, a new box set of live recordings immortalizes that moment in time, and why it can be called a "titty."

A Charles Mingus Anecdote That Has Nothing To Do With Breasts

A Charles Mingus Anecdote That Has Nothing To Do With Breasts 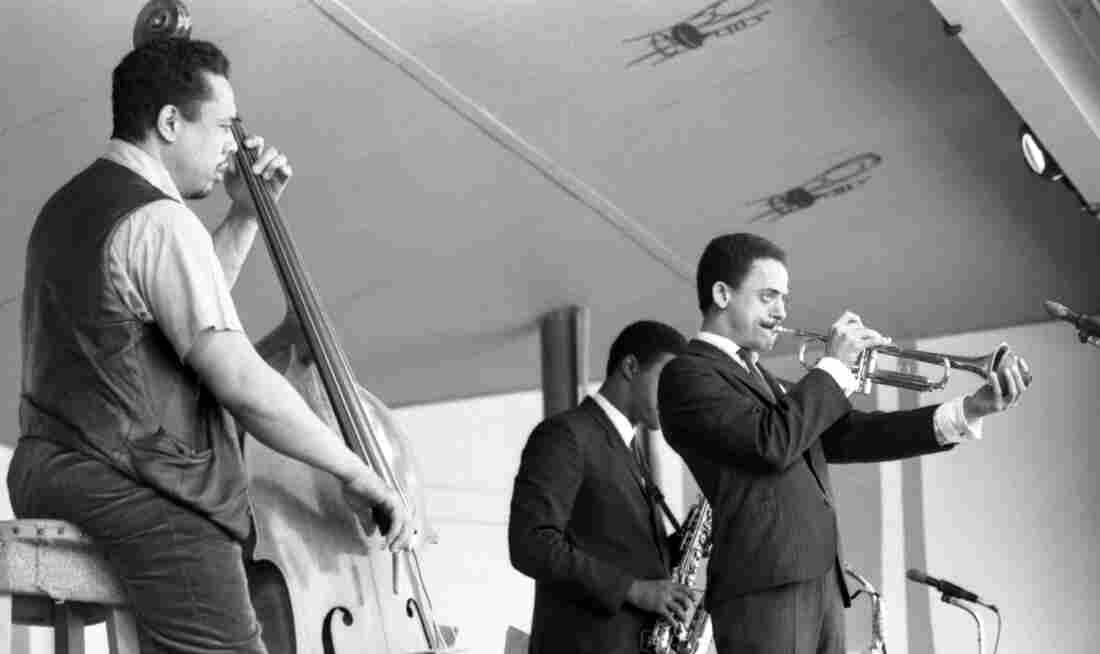 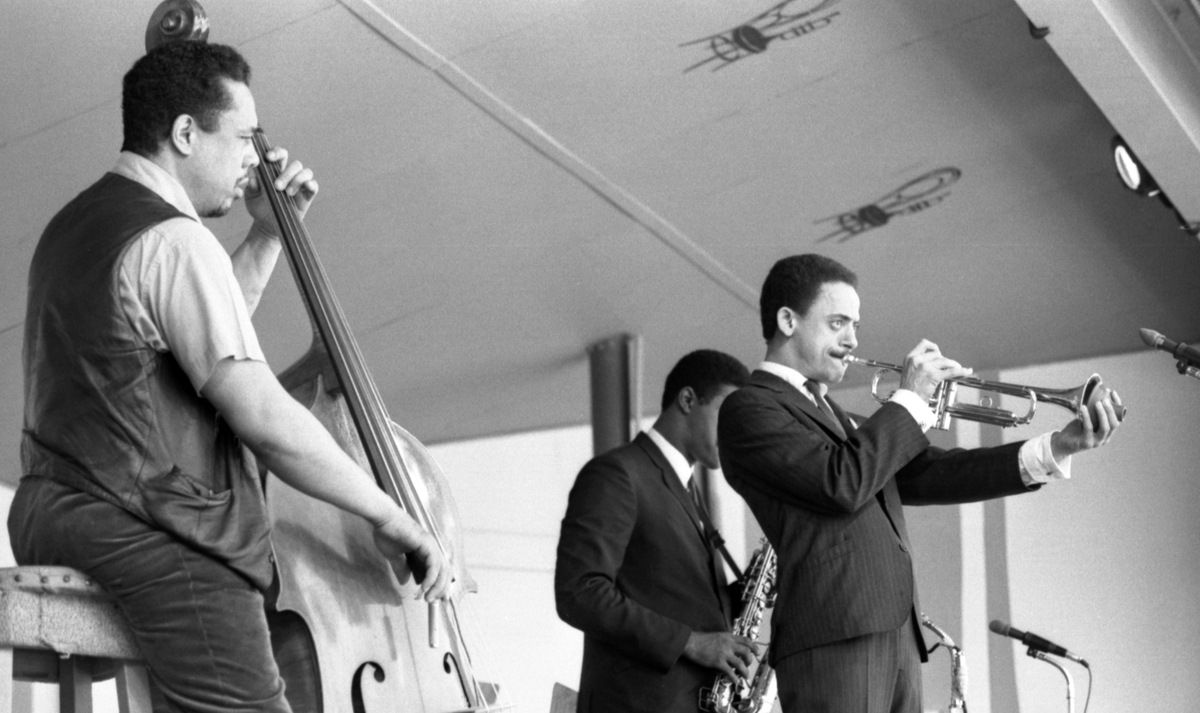 We interrupt this blog to bring you an announcement from the one and only Charles Mingus, the great bassist and composer:

You can hear the tune he introduces as part of a First Listen feature this week. The new seven-CD set The Jazz Workshop Concerts, 1964-65 (pre-order available here) compiles a bunch of live recordings, several of which were partially unreleased, which were recorded for Mingus' own short-lived record label. We're streaming the Minneapolis 1965 concert in full.

About that tune: "Copa City Titty," a.k.a. "O.P." or "O.P. Junior," is rarely to be found anywhere in Mingus' discography, and never in the studio — one small part of what makes this set special. As Mingus says, its original title was dedicated to Oscar Pettiford, a fellow virtuoso bassist, and specifically to Pettiford's newborn son. Though the concert here is from 1965, that dates the piece back to the late '30s or maybe the '40s.

But Mingus seems to have renamed and perhaps reworked the piece around the spring of 1961. That's when a sympathetic venue owner in Queens, N.Y., booked the Mingus band for a many-week residency at her club, Copa City. (Quick geography lesson: Mingus says "Long Island," and Queens is the northern part of Long Island closest to Manhattan.) Mingus had a habit of renaming previous compositions. For instance, "Goodbye Pork Pie Hat" later became "Theme for Lester Young," while "Meditations for a Pair af Wire Cutters" was also billed as "Praying With Eric."

At least two more things are notable about this little audio clip.

First: It's funny! Charles Mingus tends to go down in jazz lore as a temperamental, angry man, and while there's plenty of evidence documenting such behavior, even just the stage banter in this collection reveals a much fuller portrait of Mingus. As he explains, when he worked with the legendary early New Orleans trombonist Kid Ory, a "gig" was often called a "titty." Of course, he makes sure to clarify that this has nothing to do with "mammaries," which caused some amount of nervous laughter. All quite endearing.

To set this into context, this is how Mingus introduced the song preceding "Copa City Titty":

Most musicians are very serious nowadays, and they don't laugh, particularly. And so I don't mean this to make you laugh, but I don't feel too serious right now. Most of the times we play, people laugh, but this, uh [unintelligible].

The audience then broke into laughter, and Mingus started up a deliberately whimsical, carnival-esque version of "Cocktails for Two" — a piece of music which, thanks to Spike Jones' version, had already gained a reputation for whimsy.

But secondly: It's serious, too. Beneath the funny title of "Copa City Titty" is a rigorous composition with an unusual structure, as Mingus biographer Brian Priestley documents in the liner notes: "Its complete form has a chorus of 14+14+15+14 bars, followed by a 16-bar interlude that recalls 'Night in Tunisia' through being based on a 2-bar phrase repeated over changing harmonies."

And it's played somewhat loosely, almost drifting around the beat instead of hitting it with military-like precision. There's a philosophy behind this rhythmic idea which, coincidentally, Mingus first announced at the press reception for the Copa City residency. (Yes, jazz gigs in the outer boroughs in 1961 could be preceded by press conferences!) He called it "rotary perception," and elaborated on the idea in his memoir, Beneath the Underdog:

There once was a word used — swing. Swing went in one direction, it was linear, and everything had to be played with an obvious pulse, and that's very restrictive. But I use the term "rotary perception." If you get a mental picture of the beat existing within a circle, you're more free to improvise. People used to think the notes had to fall on the center of the beats in the bar at intervals like a metronome, with three or four men in the rhythm section accenting the same pulse. That's like parade music or dance music. But imagine a circle surrounding each beat — each guy can play his notes anywhere in that circle and it gives him a feeling he has more space. The notes fall anywhere inside the circle, but the original feeling for the beat isn't changed. If one in the group loses confidence, somebody hits the beat again. The pulse is inside you. When you're playing with musicians who think this way, you can do anything.

Obviously, Mingus had confidence that this band could execute the idea. Priestley writes that the Mingus band on the Copa City engagement included Lonnie Hillyer (trumpet) and Charles McPherson (alto sax), as well as long-time Mingus drummer Dannie Richmond. All three also appear on this Minneapolis concert, four years later.

To recap: "Copa City Titty" is a highly refined work of art with a bit of comic relief at once. You can see why this resonates with someone who would run a publication called A Blog Supreme.