Accessibility links
Pete La Roca, Top Post-Bop Jazz Drummer, Has Died : A Blog Supreme Born Peter Sims, the New York native played what he called his first jazz gig in 1957. It was immortalized as a Sonny Rollins live recording, and led to work with Joe Henderson, John Coltrane and more. The first-call player of New York's '50s and '60s heyday was 74 years old. 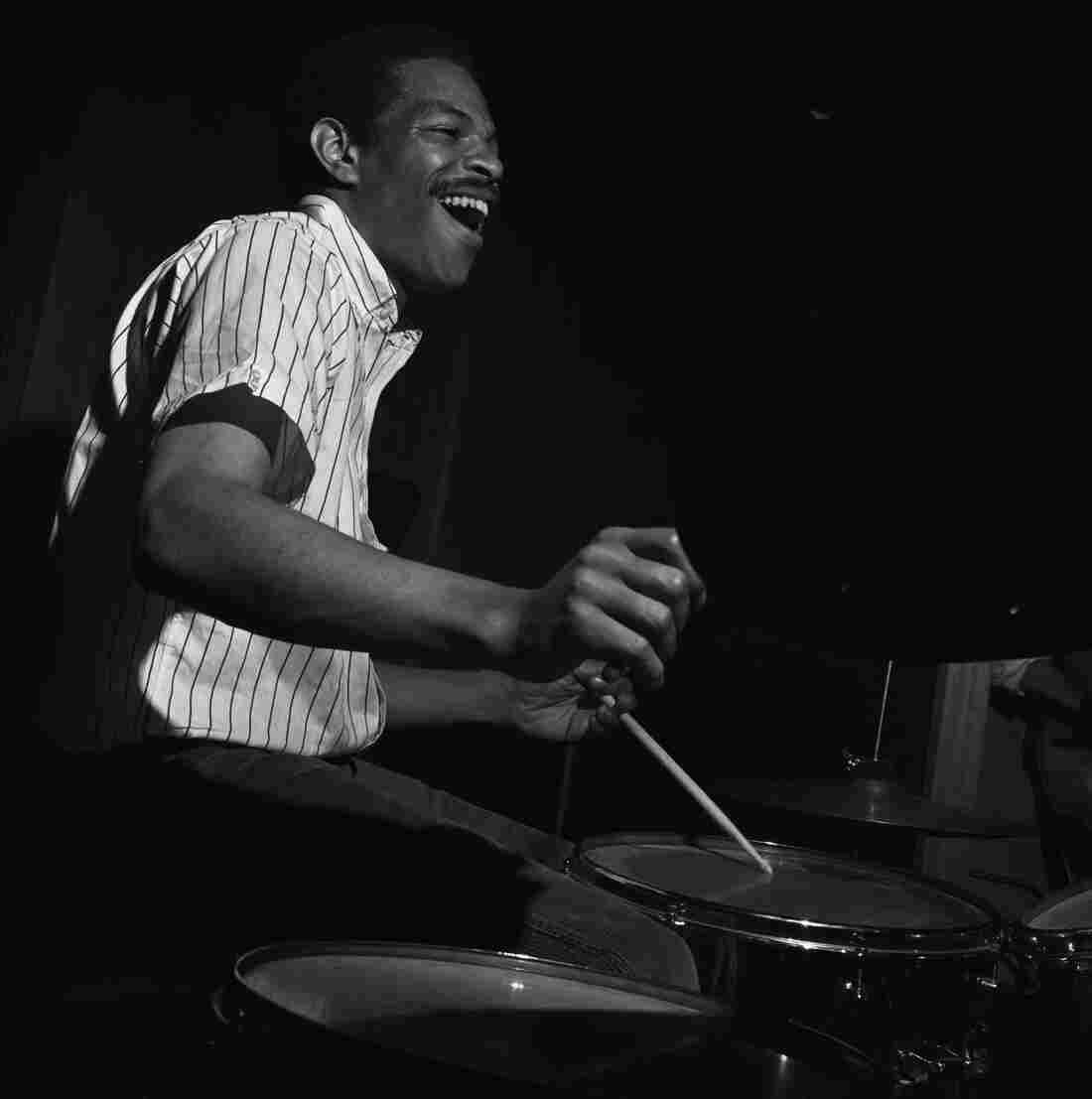 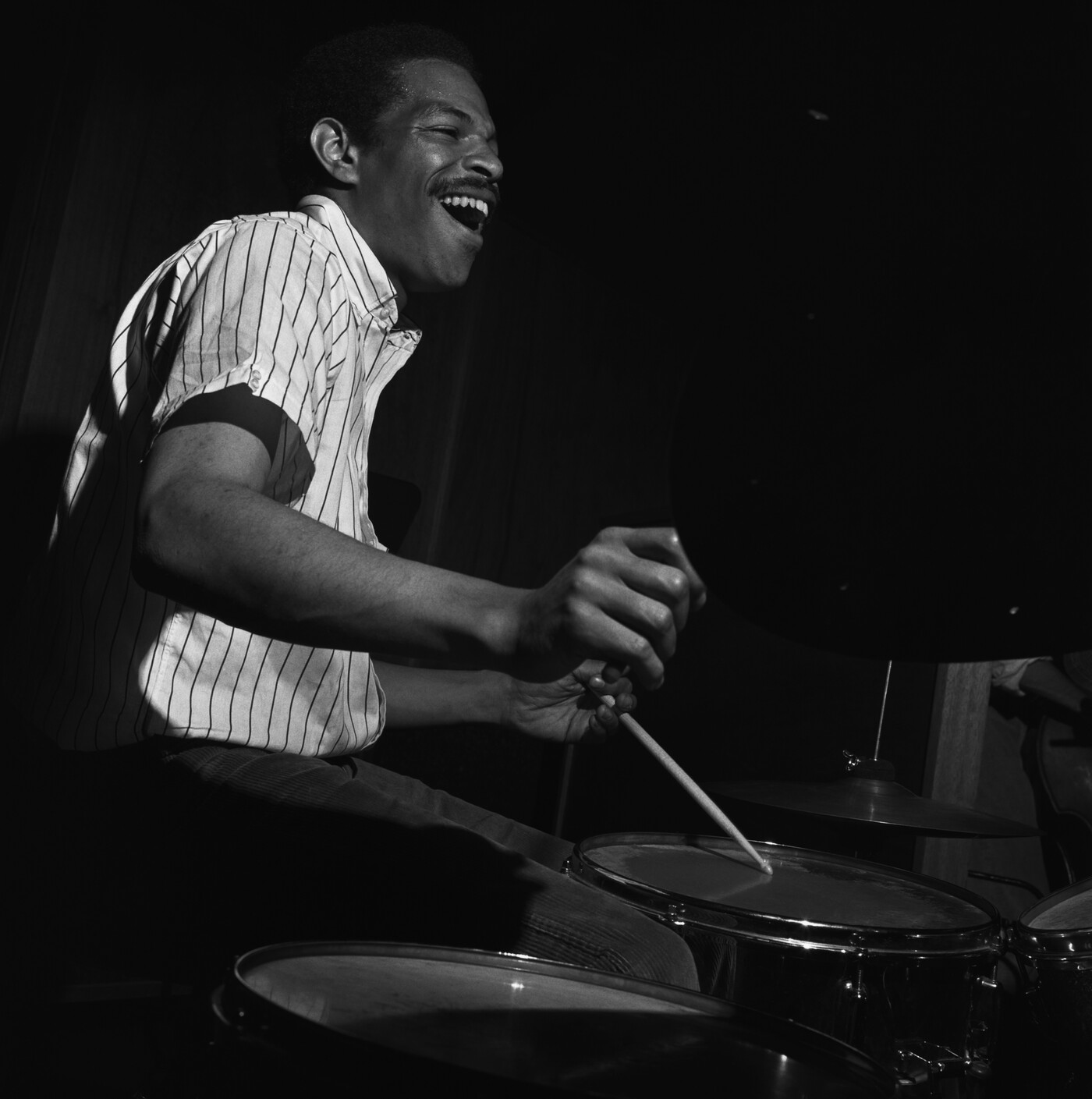 Drummer Pete La Roca plays during the May 19, 1965 recording session for his album Basra.

The drummer Pete La Roca, a top freelance drummer during New York's post-bop heyday in the 1950s and '60s, died early this morning in New York. The cause was lung cancer, according to Randa Kirshbaum, a former girlfriend. He was 74 years old.

A native of Harlem, Peter Sims — La Roca being a nickname he adopted while playing percussion in Latin ensembles — played what he called his first jazz gig in 1957. It was immortalized when it was recorded and issued as part of Sonny Rollins' A Night at the Village Vanguard trio recording. Having gained a reputation as a capable sight reader, and being known to the management of Blue Note Records, La Roca was tapped for many other recordings with Freddie Hubbard, Jackie McLean, Joe Henderson and others. He also enjoyed a short stint in John Coltrane's quartet, preceding drummer Elvin Jones.

Discouraged by the jazz fusion movement in the late 1960s — a swing devotee, he was not keen on playing rock and backbeats — La Roca saw his musical opportunities decline. To raise a family, he supplemented his income by driving a taxi and later became a lawyer. But it wasn't before recording two well-received albums as a leader, Basra and Turkish Women at the Bath, whose titles reflected his compositional interests in Middle Eastern and other non-Western modes. He would eventually return to more frequent performing and recording with his SwingTime sextet, continuing nearly to the present day.

"He was by far one of the most brilliant minds I ever knew, one of the greatest musicians I ever encountered who for starters would sing the bass line IN KEY and was a drummer like no one else," wrote the saxophonist Dave Liebman, who played in La Roca's band in 1969, on Facebook.

A memorial concert will be held Dec. 28 at St. Peter's Church, known as "the jazz church," in New York.