Accessibility links
Austin Peralta: A Young Prodigy's Search, Cut Short : A Blog Supreme The death of 22-year-old pianist Austin Peralta prematurely ended a rapidly expanding career. A child prodigy, at the end of his teenage years he cut Endless Planets, an album which showed a jazz-trained musician just beginning to utilize the enormity of the tones and rhythms around him. 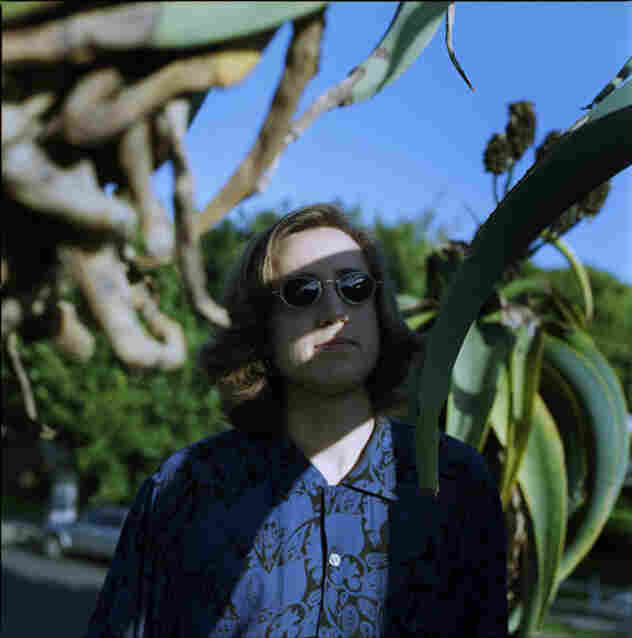 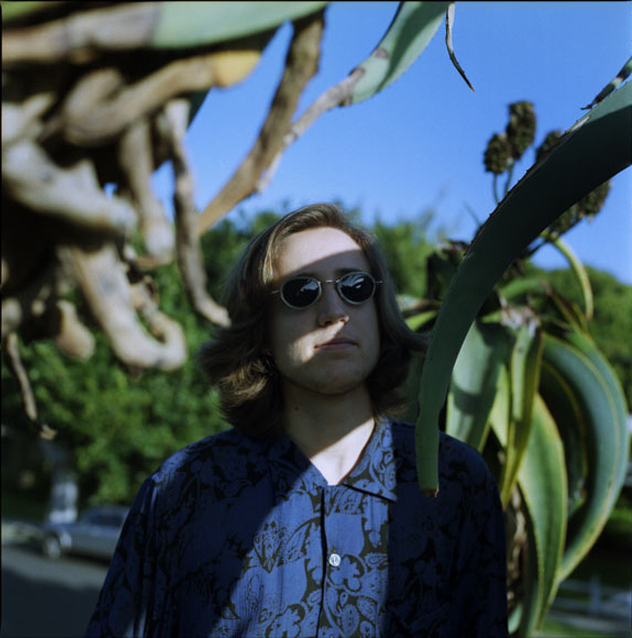 Ben Olsen/Courtesy of the artist

The pianist and composer Austin Peralta released his first album, Maiden Voyage, when he was 15 years old. It was a trio record of mostly standards with Ron Carter on bass and Billy Kilson on drums, two of the most trusted jazz sidemen anywhere, and it was issued by a major record company (Sony) in Japan. It's quite accomplished for someone of any age, and if you don't believe me, there's plenty of evidence on YouTube, on or off stage. As if that weren't enough, he also released a quintet album of mostly standards — with other top-tier talent like bassist Buster Williams and vibraphonist Steve Nelson — less than a year later.

To just about anyone, that should signal an incredible achievement. But I can't help think about what Peralta must have thought about his first efforts on record. He certainly didn't promote those records, and by the time I first learned about him, his artistry was already at a different place.

I learned about Austin Peralta, who died last week at age 22, the same way most folks away from Southern California's jazz scene did. For most intents and purposes, his third album, Endless Planets, put him on the national map. He was 20 when it came out in early 2011, and the child prodigy buzz was part of the hype around the record. Those who have been around the business grow a skeptical frown when someone mentions "child prodigy," but this was somewhat different. Endless Planets isn't a rote recital of precocious virtuosity, and even sounds thoughtfully designed to avoid that impression. Clearly, the kid behind it was trying to grow.

Not that it's hard to hear why Peralta was so heavily tipped. On tracks like "Capricornus" and "The Underwater Mountain Odyssey," he's got a certain sparkling right-hand feel: playful, fluid, punctuated with feints and stutter steps in search of a lyricism beyond stock bebop-style virtuosity. (Unsurprisingly, it's an approach heard in a lot of top younger players today — the Robert Glaspers, the Aaron Parkses, the Gerald Claytons, etc.) He intermittently jabs for a chord like Bill Evans might, but as he runs up and down the keyboard, you can hear him searching for ways to avoid the admitted early influence.

Peralta also seemed to make a conscious decision not to hog the spotlight. The core of the record is made with a quintet, featuring saxophonists Ben Wendel and Zane Musa, and he gives his sidemen more than equal space to stretch out. Hamilton Price plays bass and Zach Harmon plays drums, filling out a band of relative peers — another thing you didn't find on his teenage wunderkind records. Of course, he'd already been leading working bands and groups for some time now: Here's a studio session from KCRW in 2008, just after he turned 18.

If his piano isn't necessarily the dominant voice, his authority as bandleader comes through in his compositions. It's a program of originals, which work best centered around fetching grooves — "Capricornus" in a dynamic 5/4, or "Algiers," with its open structure around a single pedal point and a set of tabla drums. But he also makes efforts at ballads ("Ode To Love"), electronic atmospheres ("Epilogue: Renaissance Bubbles," with the Cinematic Orchestra and vocalist Heidi Vogel), spacey meditations ("Introduction: The Lotus Flower"). Some of it comes off as standard high-modernist stuff: post-Wayne-Shorter harmonies and experiments of unclear logic. A more charitable interpretation would point out how often remarkable ambition synchronizes with execution, and how the kid was already letting his more cosmic concerns lead him in new directions.

Nearly two-thirds of the way through, there's a brief "Interlude" of straight-ahead swing. Set in relief amid the rest of the record, that out-of-context, barely-a-minute-long glimpse of a band deeply in the pocket is striking. As tossed-off as it looks, it's hard to hear it as anything other than a statement about his roots, and maybe the collective past of the musical tradition which raised him. What that statement says, exactly, is open to interpretation.

Endless Planets came out on Brainfeeder, the independent record label founded by electronic music artist Flying Lotus. The album has a few electronic touches to it, courtesy of the artist Strangeloop, but in turn, the Brainfeeder family embraced Peralta back. He appeared on record with the producer Teebs, on stage with the singing electric bassist Thundercat and with FlyLo himself.

It was one avenue in which Peralta connected to a greater musical community, one beyond "jazz." Of course, it seems likely he would have gotten there anyway — in recent years, he's been sighted backing up the singer Octavius Womack, or improvising with beatboxer Taylor McFerrin, or recording for Erykah Badu — and it doesn't mean he wasn't playing with top jazz-trained musicians either. Here's a clip where he covers Flying Lotus' "MmmHmm" with bassist Tim Lefebvre and drummer Justin Brown.

You can hear all this by purchasing Endless Planets, or streaming it on Spotify/etc., or even YouTube, where Alpha Pup Records — which distributes Brainfeeder — has uploaded all of it. You could also check out this live set from the Endless Planets release party, also recorded for Brainfeeder.

It's a huge bit of progress to make in 4-5 years. Even so, I suspect that 22-year-old Austin Peralta was already antsy about his 20-year-old self. It's clear he wasn't content to simply be good — he was pushing himself to find a compositional voice, and to play beyond showy emulation. It also sounds like he was beginning to make records on his own terms, and starting to realize the enormity of the world of tones and rhythms available to him.

We learned of Austin Peralta's death last week. Brainfeeder confirmed the news on Thanksgiving Day, including a memorial post from Flying Lotus himself. Peralta will be missed for what he accomplished, but also for what he might have become. "NEW ALBUM COMING VERY SOON!!!" his Twitter profile reads. If only we could see him celebrate it.