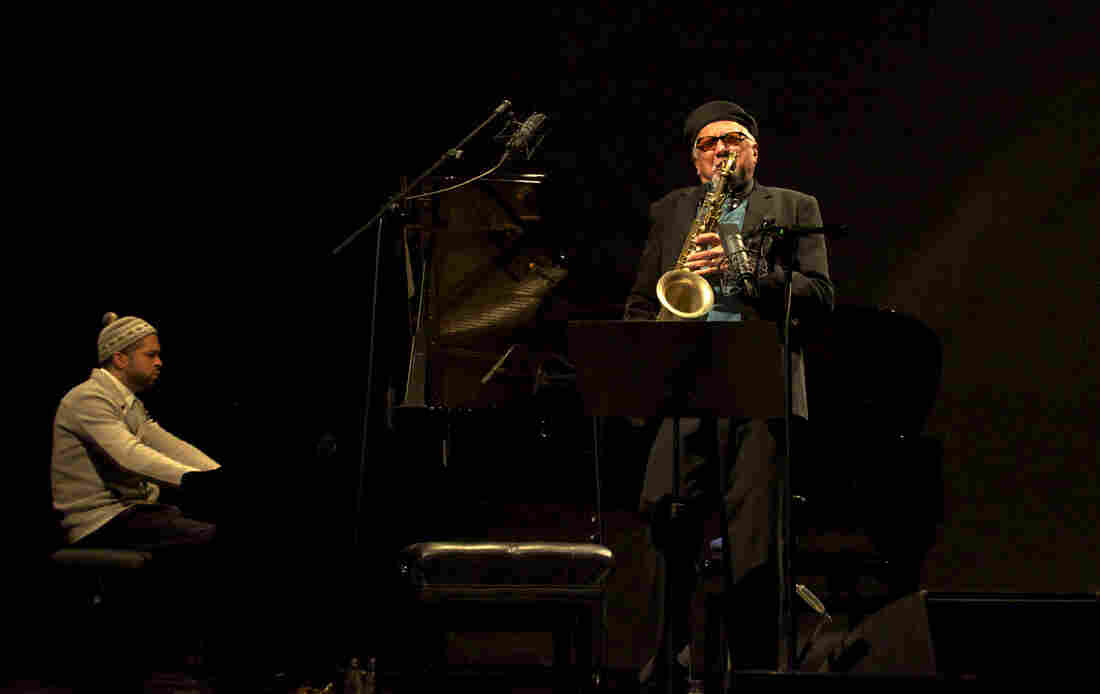 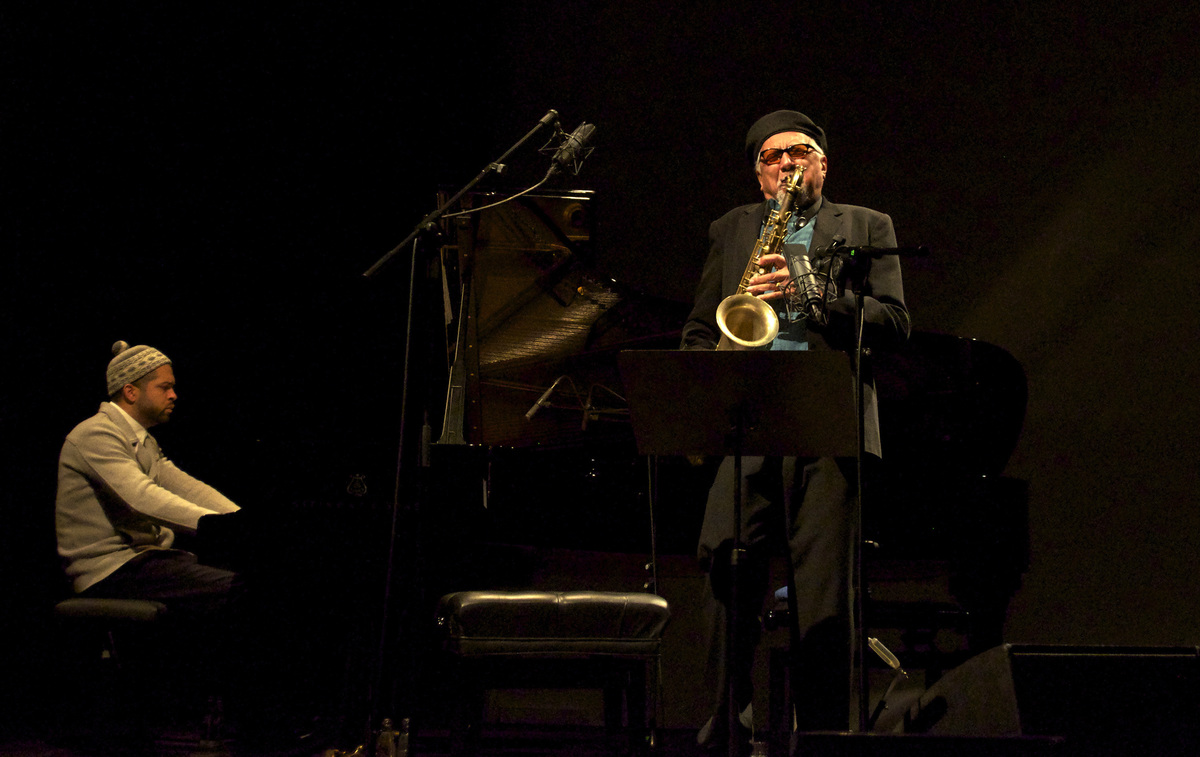 If you ask saxophonist Charles Lloyd about his career in music, he'd start many decades ago, in the Memphis where he grew up and the Mississippi of his grandfather's farm. The South is where he absorbed the blues, picked up a saxophone and met the all-time great musicians who would shape his future course.

By the time he was 30, Lloyd was one of the world's most popular jazz musicians, playing rock halls and sports arenas the world over. But the music business, and its attendant vices, wore him down. Lloyd moved from New York to California's Central Coast and for the better part of the next decade, recorded and performed sparingly (his work with The Beach Boys proving a notable exception).

Thankfully for us, Lloyd's retreat wasn't permanent. In fact, he's seemingly come back more spiritually and purposefully charged, as evidenced by a long string of albums for the ECM label. He celebrates his 75th birthday tonight in a special concert with his working quartet and iconic Greek singer Maria Farantouri. It's coming on the heels of Hagar's Song, a new duet album with his band's pianist, Jason Moran.

In his 75 years, Charles Lloyd has developed a reputation as an earthy, sincere voice. Here are five songs that illustrate his depth of sound, from early breakthroughs to his current band. 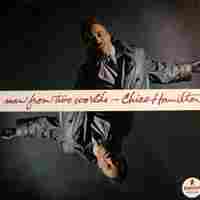 Charles Lloyd's first big break came when he replaced another iconoclastic budding star, reedman Eric Dolphy, in the chamber-jazz quintet of Southern California drummer Chico Hamilton. So fond of his saxophonist was Hamilton that when Lloyd moved to New York, Hamilton followed and promoted Lloyd to musical director. In 1962 and '63, Hamilton's bands took on this new flavor, even cutting two albums consisting entirely of Lloyd's compositions. The title track of Man From Two Worlds (recorded in late '63) features the foil of Hungarian guitarist Gabor Szabo and a wide-open pulse. Lloyd's tenor sax is searching, with a hint of vulnerability; this is music that makes exotic modes immediately human. —PJ 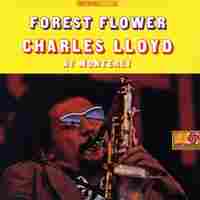 The million-selling live album this track is from documents an awakening of sorts for Lloyd. Having left the merry bands of Hamilton and Cannonball Adderley, it wasn't long before Lloyd found footing as a bandleader. He's got excellent company with Keith Jarrett on piano, Cecil McBee on bass and Jack DeJohnette on drums. The band is fresh and carries a sensibility in tune with the times. As for Lloyd, his sound is impressive for its wild flourishes and gentle riffs — it embodies a different sound inside a familiar one. What I hear in the opening track is an essential part of who Lloyd is right now, how he's alert and probing in the song he's singing, leaving room for the rest of the gang to have their say. —WRW 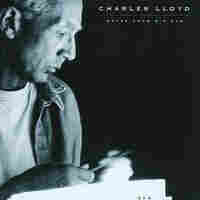 A tour de force that builds into an irresistible groove, this track comes a few years after Fish Out Of Water, Lloyd's return to making records regularly. It's an exercise in tension and release, building muscular drama and darkness before breaking it all down into a pulsing slow drag. He's adequately supported for takeoff by the rhythm section of pianist Bobo Stenson, bassist Anders Jormin and Ralph Peterson on drums. You may note the John Coltrane bits of business up in there, but it's far from plagiarism and the similar tone doesn't hurt the proceedings. There's a looseness as he reminds you of his power to make magic out of a simple refrain. It's a piece of music at once abstract, bluesy and epiphanic. —WRW 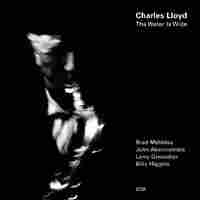 This traditional folk song is a perfect vehicle for Lloyd with Brad Mehldau on piano, Larry Grenadier on bass, John Abercrombie on guitar and the late Billy Higgins on drums. Lloyd's interpretation is a musically interesting moment. It's part of a closing sequence of recordings made with his friend of decades, Higgins, whose masterful brushwork is a highlight here. It's also a transition to the course Lloyd's on with his quartet now. Abercrombie adds warm colors to the track, and Mehldau gives a taste of the musician everybody knows him to be today. As for Lloyd the ringleader, he's taking it all in with singing tones, making so much through simplicity. —WRW 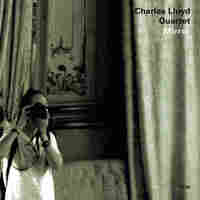 These days, Lloyd tours the world with a crew of younger musicians he's quite fond of, a quartet that rivals his Forest Flower band as his best group. They're stars in their own right — Jason Moran, piano; Reuben Rogers, bass; Eric Harland, drums — and together they take good care of Lloyd, enabling his most freewheeling, Indian-music-inspired musings and cradling his delicate tenor through ballads. This ensemble's first studio album, Mirror (recorded in late 2009), leans toward the meditative but relays a glimpse of its range. Check out the band's reading of the spiritual "Go Down, Moses," all space and shimmer; you can tell Lloyd has absorbed this melody and its meaning. —PJ