Accessibility links
The Women In Charge Of The Band : A Blog Supreme Hear five pioneering examples of women who composed for and directed their own groups. 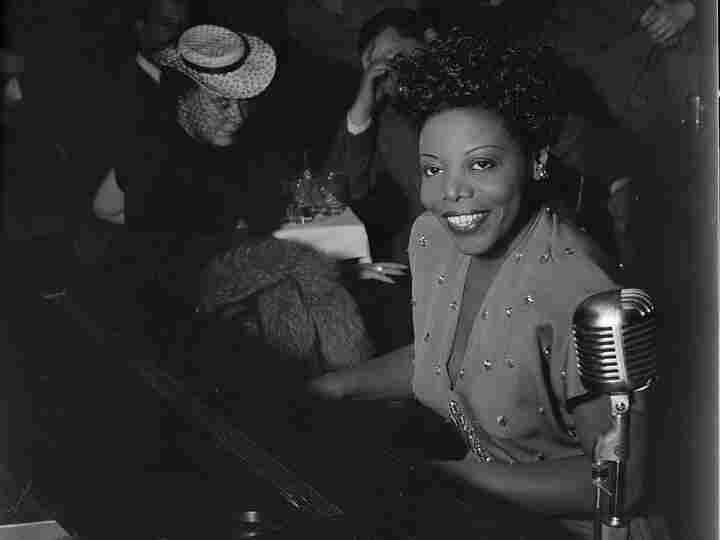 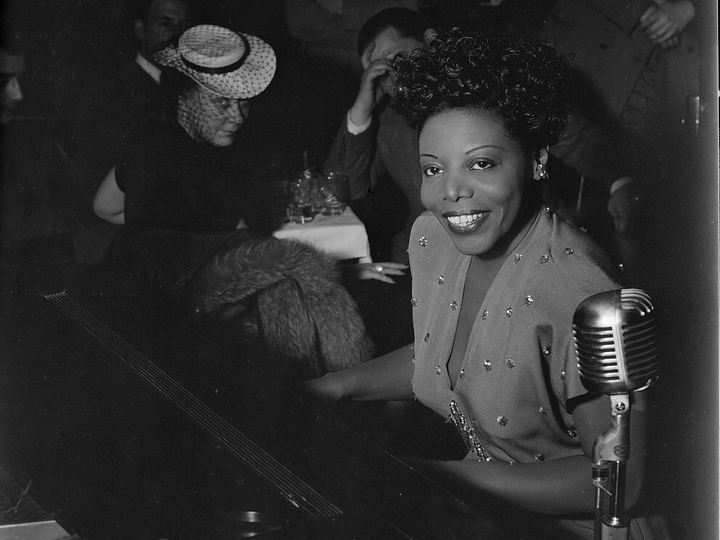 Mary Lou Williams performs at the Cafe Society in New York in 1947.

The narrative of jazz history often credits the music as a powerful, progressive force for racial integration in American culture. But what about gender equality? On that score, jazz in its first few decades would have to be given a less than stellar grade.

Jazz critic George Simon embodied the belief of many when he wrote that "only God can make a tree, and only men can play good jazz." Although female singers were generally accepted and often spotlighted with the big bands, female instrumentalists found the going much more difficult. While the draft depleted the ranks of male musicians in the World War II years, creating opportunities for female players and the so-called all-girl bands, the attitudes of most bandleaders, promoters and bandstand colleagues remained in keeping with Simon's sentiment.

Here are five more women (two of them alive and active) who have left their mark on jazz history in leadership roles.

The Women In Charge 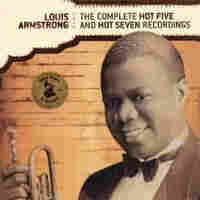 Pianist, composer, arranger and bandleader: Lil Hardin Armstrong was all of these, as well as Louis Armstrong's second wife. As a fellow member of trumpeter King Oliver's early-1920s small group, she guided her young husband to step out on his own and taught him to read music. She also played a key role as pianist, musical director and composer for Armstrong's Hot Five and Seven studio ensembles, whose late-'20s recordings laid the foundation for modern small-group jazz. After she and Armstrong separated in 1931, she went on to lead several more bands, including two all-women groups, and made numerous recordings for the Decca label in the late 1930s. She continued to perform and occasionally record for the rest of her life. "I was just born to swing, that's all," she once said. Her composition "Hotter Than That" is one of the Hot Five masterpieces, with guitarist Lonnie Johnson joining both Armstrongs, trombonist Kid Ory, clarinetist Johnny Dodds and banjo player Johnny St. Cyr for a fast-flying number that features superlative rhythmic and melodic fireworks from Louis in both his trumpet work and his scat singing. 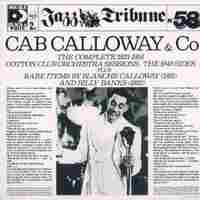 Hi-de-ho, fans of Cab Calloway, there was another: The master of hep had a sister. Blanche Calloway, Cab's elder sibling by five years, was a singer and bandleader in her own right, and by several accounts — including that of virtuoso pianist Earl Hines — exerted a considerable influence on her younger brother's stage presentation and vocal style, including his dances and call-and-response exchanges with band members. In the early 1930s she became the first woman to lead an all-male big band, counting saxophonist Ben Webster and drummer Cozy Cole among her charges. While her band-leading career eventually declined into bankruptcy, she found other ways of staying in the music business, including working as a DJ and radio station program director and managing R&B singer Ruth Brown. "Concentratin' On You," a Fats Waller-Andy Razaf song, exemplifies the impassioned gusto of Blanche Calloway's showmanship and singing. 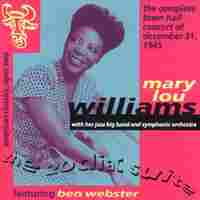 Consider the arc of pianist, composer and arranger Mary Lou Williams' career. She emerged from the great early-1930s Kansas City swing scene to play piano and compose and arrange for Andy Kirk's Twelve Clouds of Joy big band. She mentored such '40s bebop artists as Thelonious Monk and Dizzy Gillespie. She became a European jazz expatriate in the early 1950s. She wrote pioneering extended and sacred-jazz works such as The Zodiac Suite and Music for Peace. She shared a concert stage with free-jazz giant Cecil Taylor. She spent her final years as a jazz educator at Duke University. Few others in jazz history can claim such an extended and diverse record of achievement. "Roll 'Em," written by Williams for Benny Goodman's big band in the late 1930s, is heard here at Williams' Dec. 31, 1945 concert at New York's Town Hall. 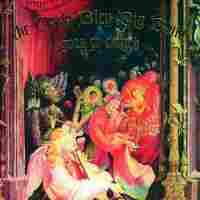 Who Will Rescue You?

Pianist and composer Carla Bley first gained notice in the jazz world in the early 1960s, as her pieces were recorded by artists such as George Russell, Jimmy Giuffre and Charlie Haden. Bley grew up in the San Francisco Bay area; her father, a church choirmaster, taught her to play piano, and she spent much of her childhood performing music in religious settings. She left home at an early age for New York, where she worked as a cigarette girl at the Birdland jazz club and met her future (first) husband, pianist Paul Bley. In later interviews she said that her role as a wife was not to provide traditional domestic duties, but compositions: "Paul would come in and say, 'Well, I got a record date tomorrow and I need six hot ones.' I'd sit down and write six of them ... instead of cooking the dinner, that would be my job.'" After their divorce, Carla Bley formed a personal and musical alliance with trumpeter Michael Mantler that resulted in the notable 1960s collective Jazz Composers Orchestra, composed the jazz opera Escalator Over The Hill, began her own record label (WATT Records) and released numerous small-group and large-ensemble albums under her own name. "Who Will Rescue You" points to the strong influence of the church music that Bley was immersed in as an adolescent, translated into a modern big-band setting. 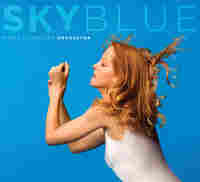 Talk to nearly any young jazz composer or arranger these days about primary influences, and the name of Maria Schneider is almost certain to come up immediately. A protégé of legendary arranger Gil Evans, Schneider has spent the past two decades expanding the harmonic and orchestral-color boundaries of her mentor's musical map, as well as helping to pave the way for crowdfunded musical projects through releases such as Concert In The Garden, which won a Grammy for Best Large Jazz Ensemble Recording. "The 'Pretty' Road," from Schneider's 2007 release Sky Blue, sends Luciana Souza's wordless vocals and Ingrid Jensen's adventurous trumpet playing through a time warp of modern-pastoral reflection.