Accessibility links
How Taxes And Moving Changed The Sound Of Jazz : A Blog Supreme As NPR's employees file their federal returns and take up shop in a new building, we look back at an interesting historical moment in the 1940s. A cabaret tax led to more jazz being performed in smaller venues that couldn't accommodate dancing. Of course, that's not the only reason why bebop sounds the way it does.

How Taxes And Moving Changed The Sound Of Jazz

How Taxes And Moving Changed The Sound Of Jazz 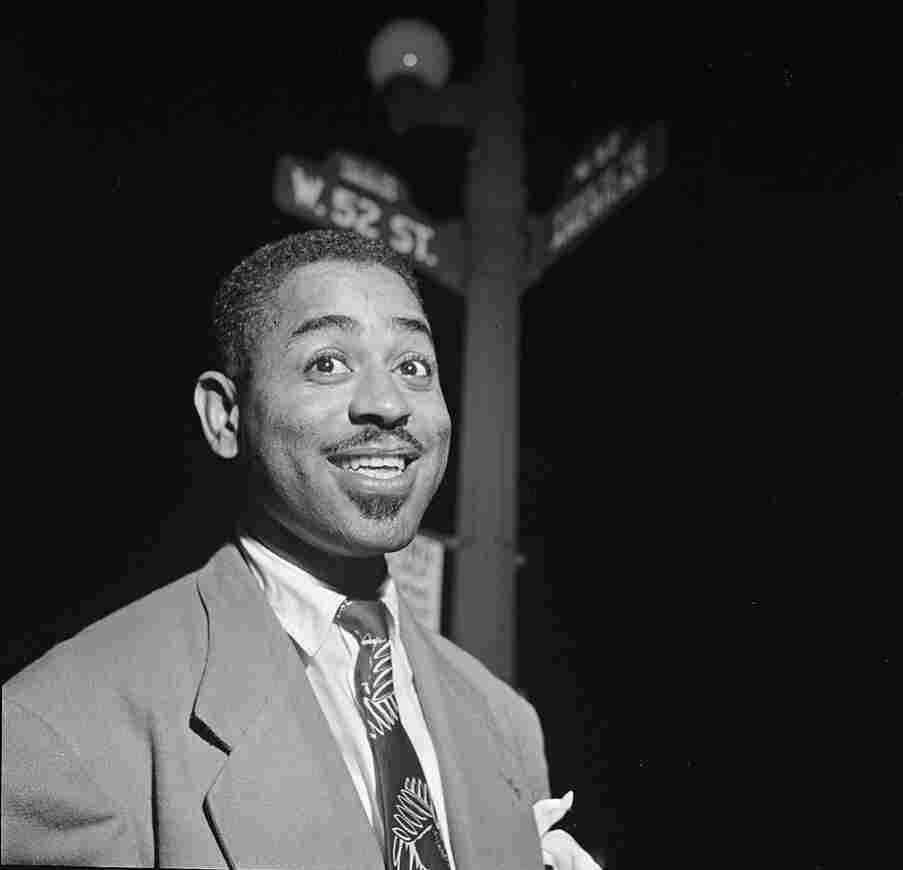 The bebop innovator Dizzy Gillespie on 52nd Street in New York, which was filled with small jazz clubs in the 1940s. William Gottlieb/The Library of Congress hide caption 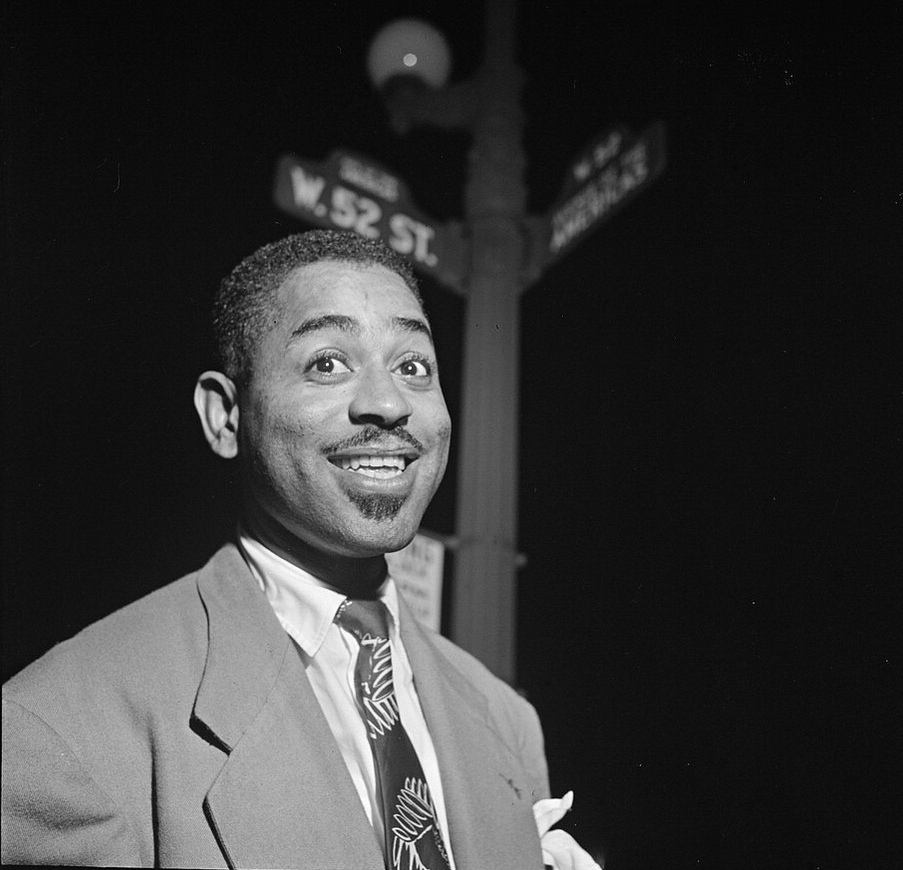 The bebop innovator Dizzy Gillespie on 52nd Street in New York, which was filled with small jazz clubs in the 1940s.

This week — when many of us at NPR rushed to file our U.S. federal income-tax returns, then moved to a new headquarters — I'm reminded of a moment in jazz history. Namely, the mid-1940s, when a new style called bebop came into popularity.

As a recent Wall Street Journal article relates (behind the paywall, unfortunately), jazz is not immune to transience or taxes. A stiff federal cabaret tax imposed on New York nightclubs in 1944 had much to do with why bebop became popular, and why jazz has moved from dance-hall ballrooms to sit-down clubs for focused listening. So argues the trombonist, singer and bandleader Eric Felten:

Clubs that provided strictly instrumental music to which no one danced were exempt from the cabaret tax. It is no coincidence that in the back half of the 1940s, a new and undanceable jazz performed primarily by small instrumental groups — bebop — emerged as the music of the moment.

"The spotlight was on instrumentalists because of the prohibitive entertainment taxes," the great bebop drummer Max Roach was quoted in jazz trumpeter Dizzy Gillespie's memoirs, To Be or Not to Bop. "You couldn't have a big band, because the big band played for dancing."

While I wouldn't argue with Max Roach, I think Felten overstates his case, if only by omitting many of the other reasons for bebop's emergence.

Small-group jazz was already on the ascent in 1940s New York. Starting in the 1930s, the idea of an "authentic" after-hours jam session — heavy on experimental and virtuosic improvisation — was fetishized and, inevitably, commodified: You begin to see jam-session simulacra on stages large and small. And, as Scott DeVeaux has documented in his extensive history The Birth of Bebop, cramped basement nightclubs on New York's 52nd Street had already been offering steady, months-at-a-time employment to jazz musicians like Coleman Hawkins, and smaller groups were good for profit margins. At the same time, the WWII draft thinned the ranks of the large dance orchestras, making them less tenable to operate.

It was a huge jump for the largely underground, still-nebulous bebop revolution to become the fashionable aesthetic of its era. But historical incidents other than the cabaret tax set it in motion, too. The 1942 strike of the American Federation of Musicians barred instrumentalists from recording for record companies — the union was concerned that recorded music was supplanting live music without adequate royalties. Once the ban was lifted, many smaller, independent record companies rushed to document bebop innovations, and those records were bought up by a growing crowd of aficionados willing to pay for the latest and greatest. In turn, gatekeepers such as radio DJs and magazine editors — well before the democratizing Internet — were able to make a living by broadcasting and curating the modern, cutting-edge music.

You could go on listing more reasons: The decline of Harlem as an entertainment center, the rise of vocalists in popular music, and so forth. But there's also the fact that musicians wanted to make original music. In 1944, bebop musicians such as Charlie Parker and Dizzy Gillespie were already brewing a self-consciously progressive, urbane innovation for themselves. Some people liked it, including many like-minded musicians, and desired more of it.

But how differently might the aesthetic impulse behind bebop have been expressed if it had been allowed to develop organically instead of in an atmosphere where dancing was discouraged by the taxman? Jazz might have remained a highly sophisticated popular music instead of becoming an artsy niche.

We'll never know: The factors that shape the sound of the music are often the ones that enable musicians to make a living playing it in the first place.