Accessibility links
Tito Puente: 90 Years Of Getting People To Dance : A Blog Supreme From 1948 until 1966, the Palladium Ballroom, at the corner of 53rd and Broadway, was the city's mecca for Afro-Caribbean dance music. And for a lot of that time, Puente was one of the main attractions. A new box set compiles the Latin music legend's RCA recordings of this crucial period.

Tito Puente: 90 Years Of Getting People To Dance

Tito Puente: 90 Years Of Getting People To Dance 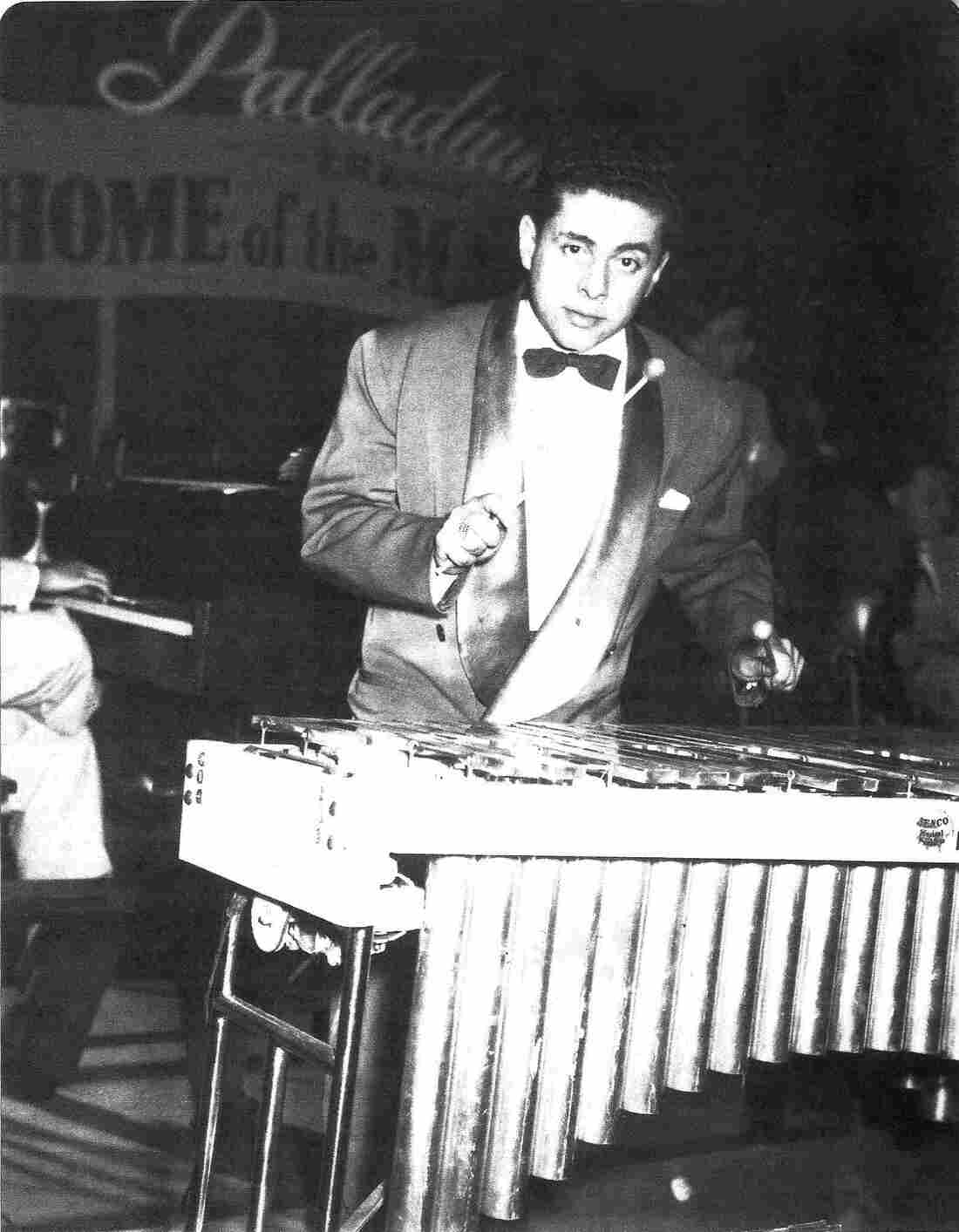 Tito Puente on vibraphone at the Palladium. Courtesy of the artist hide caption 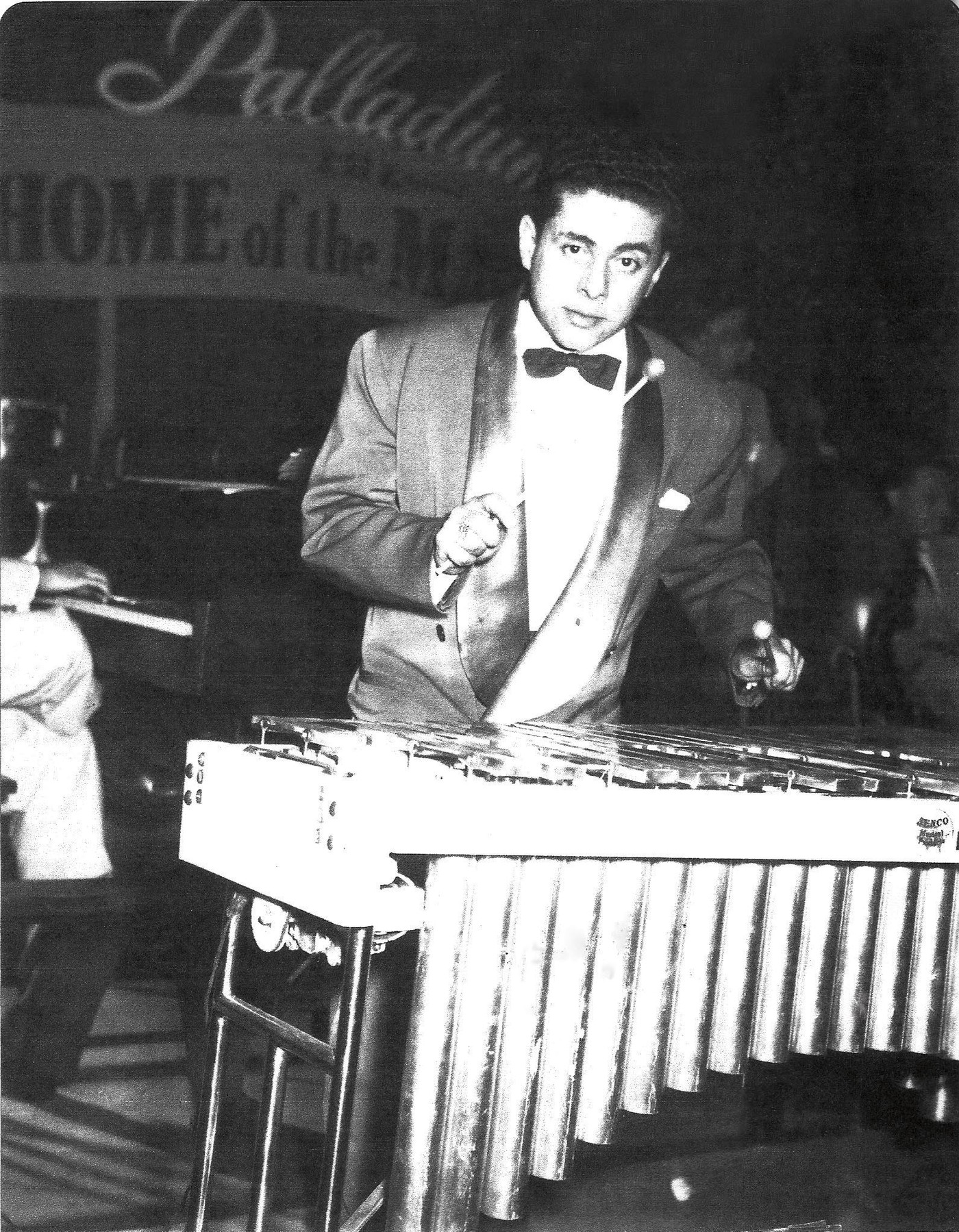 Tito Puente on vibraphone at the Palladium.

The percussionist and bandleader Tito Puente would have celebrated his 90th birthday this weekend on April 20. And the recently released box set Quatro: The Definitive Collection is a great place to start celebrating the once and forever King of Latin Music. It captures the driving sound of big band mambo and cha-cha-cha that launched people onto dance floors for decades.

When he died in 2000 at age 73, the New York City native had more than 100 recordings to his name. The new box set features his recordings for RCA in the 1950s, when he was at the height of his popularity. That includes the 1958 release Dance Mania, which remains one of Puente's most popular recordings.

Quatro features tracks from Puente's move to RCA records (from a smaller indie label specializing in Afro-Caribbean dance music). In his book Mambo Diablo: My Journey With Tito Puente, biographer Joe Conzo points out that Puente hoped that RCA would allow him to stretch out and incorporate more jazz elements into his records.

The entire country was in the midst of one of the first Latin music fads, and the mambo was the star of the show. The label wanted to tap into this Latin market and signed artists like Perez Prado and Puente. His first RCA album, Cuban Carnival (1956), was jam-packed with just what the label wanted: a collection of irresistible grooves that proved to be not only popular but also influential. One of the songs, "Pa' Los Rumberos," helped fuel another Latin music infatuation a generation later when it was included on the million-selling Santana III in 1971.

The next year Puente finally got what he wanted when RCA released Night Beat, an album heavily influenced by jazz. Featuring future Tonight Show bandleader Doc Severinson on trumpet, it was danceable, but listening to it more than 50 years later, it's pretty obvious Puente wanted people to sit and listen to this album. 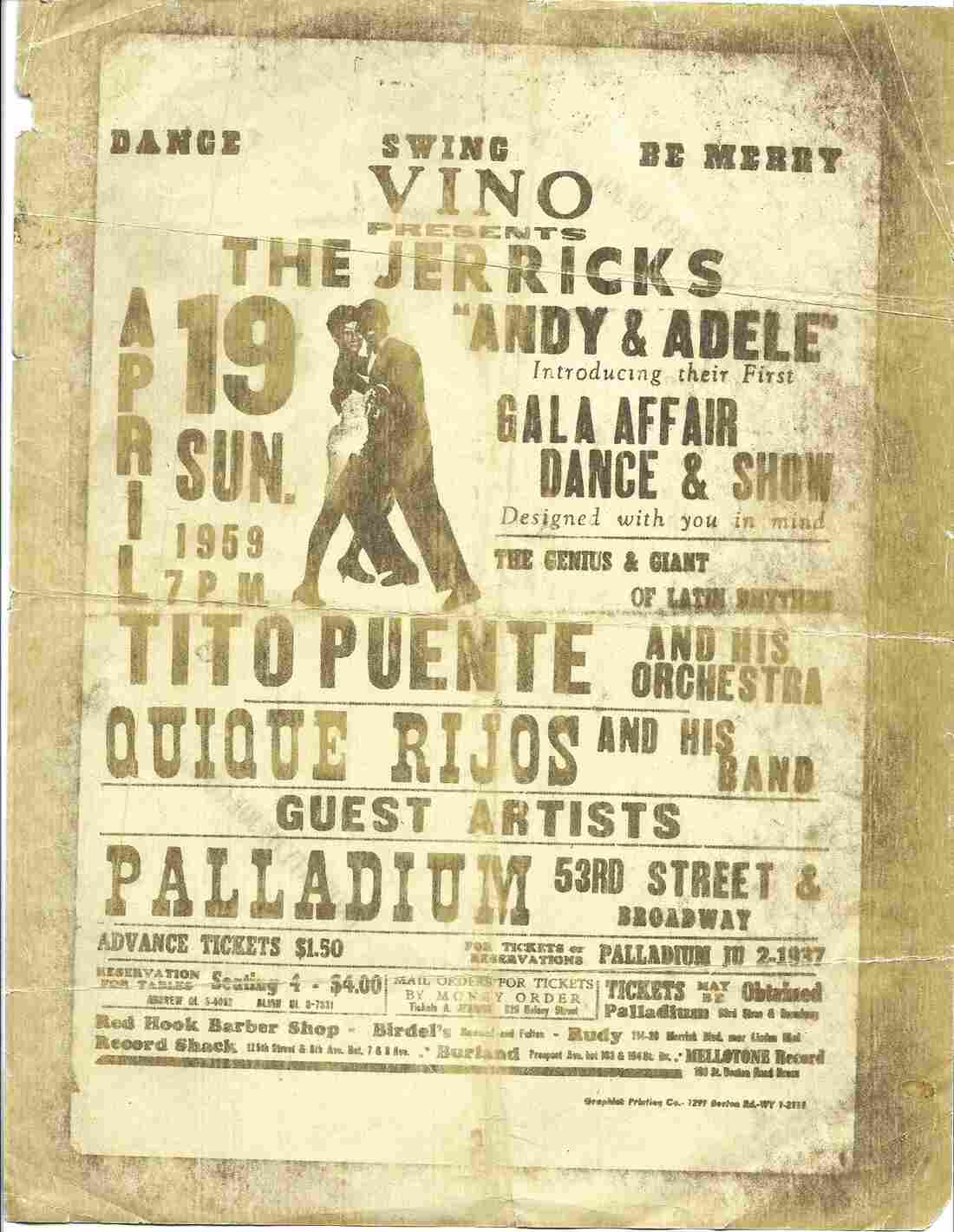 A banner for the Palladium advertises Puente's orchestra, among other Latin music entertainment. Courtesy of the artist hide caption 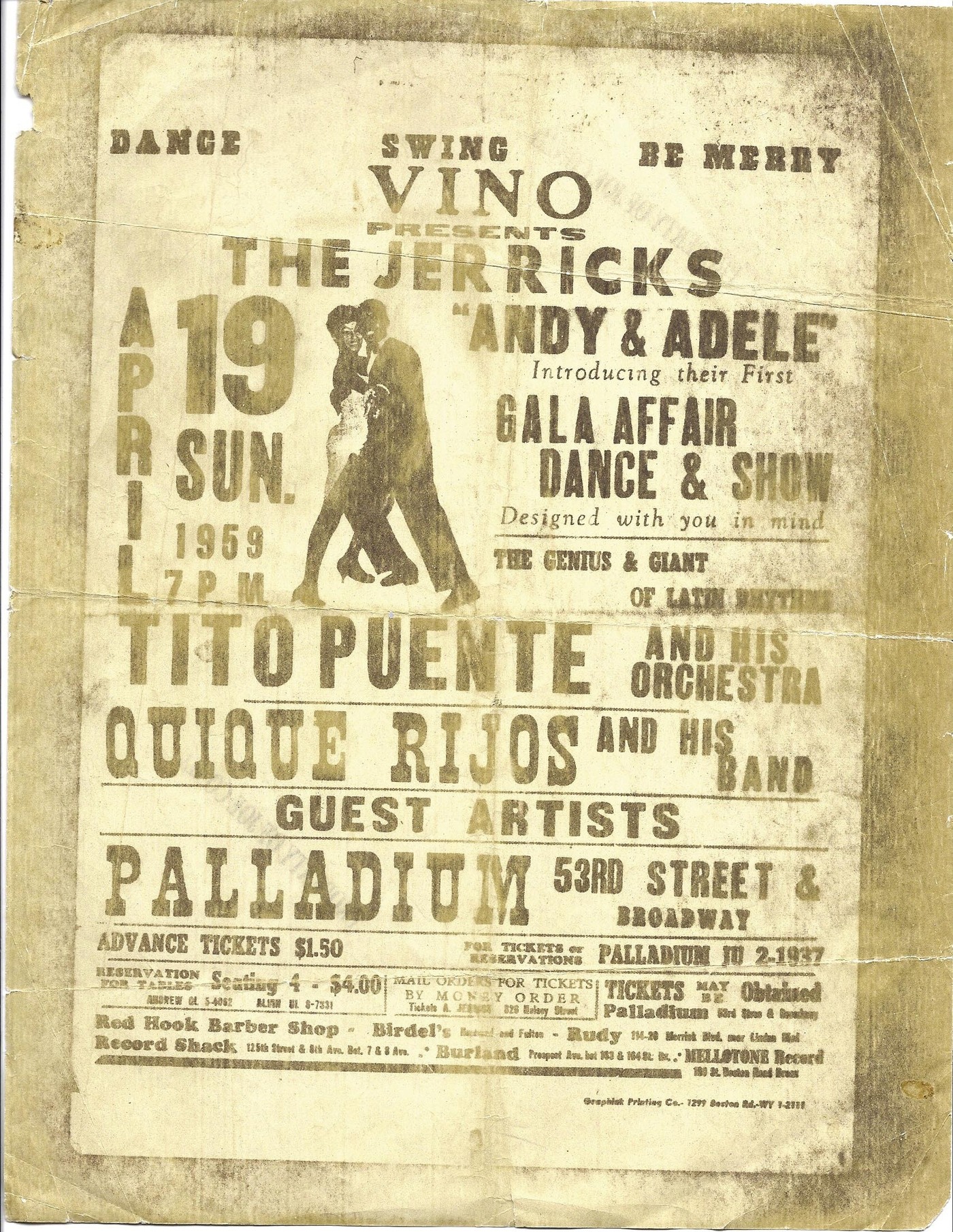 A banner for the Palladium advertises Puente's orchestra, among other Latin music entertainment.

But it was 1958's Dance Mania that sold the most. That makes sense: The Tito Puente Orchestra was, of course, a dance band.

From 1948 until 1966, the Palladium Ballroom, at the corner of 53rd and Broadway, was the city's mecca for Afro-Caribbean dance music. And for a lot of that time, Puente was one of the main attractions.

When I interviewed percussionist and bandleader Ray Barretto in 2003, he told me that Puente had asked him to sit in with the orchestra one night at The Palladium. At the end of the gig, Puente told Barretto he had the job (replacing a future legend in Mongo Santamaria) and to report to a recording studio to record a new album. That recording turned out to be Dance Mania. Barretto told me that if you listen closely, you'll notice the congas are not part of the precision stops and starts: Barretto wasn't yet familiar with the arrangements!

Though Puente stayed with RCA for less than six years, the company's vault contains some of the best examples of Puente's genius as a bandleader, composer and timbalero. His 90th birthday is a wonderful reason to crank these discs, move the furniture out of the way and celebrate Puente for what he did best: getting people to dance.