Accessibility links
At Jazz Fest, Photographers Have A Culture All Their Own : A Blog Supreme Some of the most iconic images of New Orleans musicians have come from its annual Jazz & Heritage festival — thanks to the scores of photographers who crowd the apron of the stage, vying for the best shots. Eve Troeh, of member station WWNO, tagged along with one of them this year. 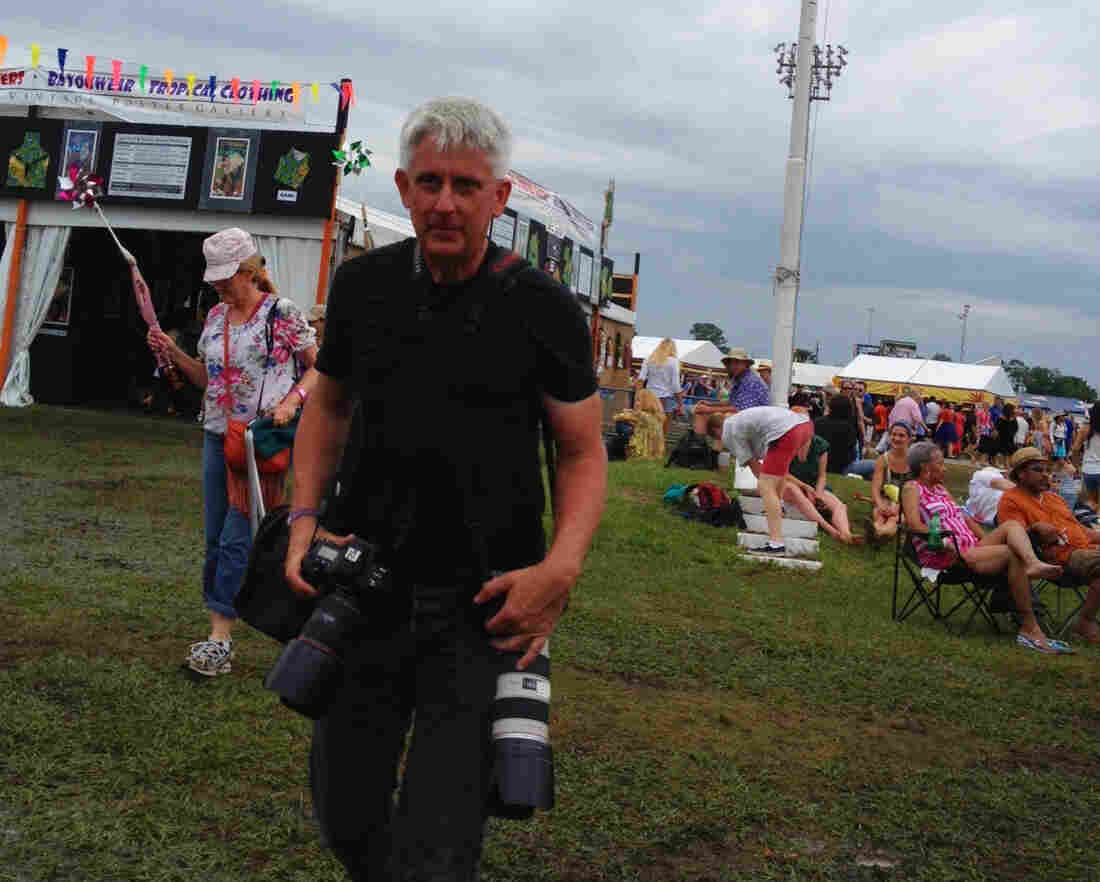 Skip Bolen has attended the New Orleans Jazz & Heritage Festival for years, competing with other photographers for the best shots — and forming relationships with performers in the process. Eve Troeh for NPR hide caption 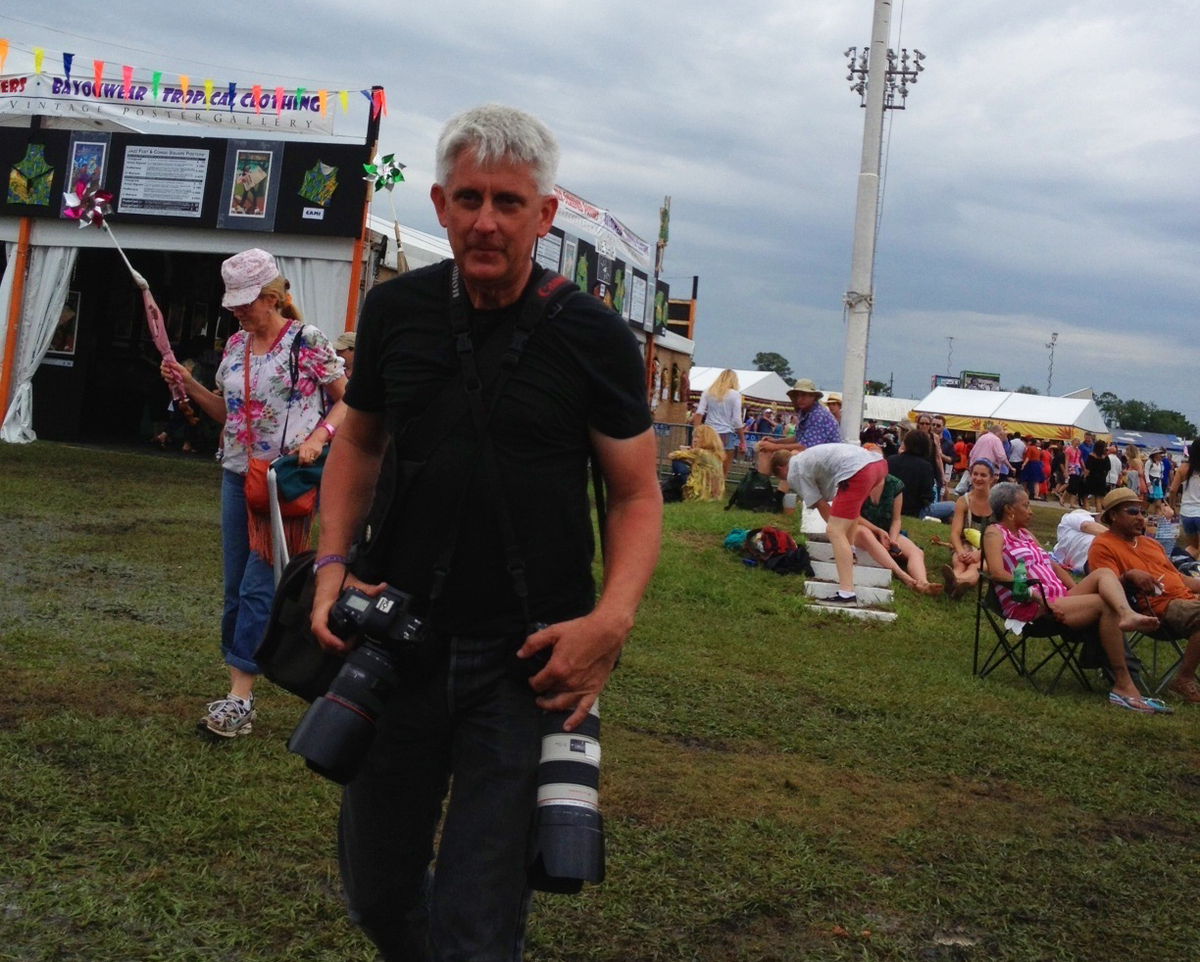 Skip Bolen has attended the New Orleans Jazz & Heritage Festival for years, competing with other photographers for the best shots — and forming relationships with performers in the process.

The 2013 New Orleans Jazz & Heritage Festival wraps up Monday. This weekend and last, 12 stages have mixed such marquee names as Fleetwood Mac, Phoenix and Los Lobos with dozens of local bluesmen, soul belters and Cajun fiddle players. Some of the most iconic images of New Orleans musicians have come from Jazz Fest — thanks to photographers who jumble together at the apron of the stage, vying for the best shots.

Skip Bolen is one of them. For him, a day at Jazz Fest starts with three vital tools: iced coffee, a yellow highlighter and the festival schedule.

"We've got The Nevilles, Diane Reeves, Kermit Ruffins; B.B. King I definitely want to see," Bolen says, skimming the day's events. "Dave Matthews, he's kind of a boring artist to photograph — [but] if I photograph him I know I'll make money."

And that's how Bolen makes a living: balancing local favorites with venerable elders and, yes, the money shots that will sell. Bolen works for Getty Images, which supplies pictures to news outlets around the world. He's from Lafayette, La., and has lived in New Orleans for decades. He loves music, but on the job he's not listening so much as looking.

"Those blues musicians are so dapper," Bolen says. "They're dressed in their suits even on the hottest day of the year. They're just pouring sweat and they're a lot of fun to photograph."

The festival is held at the Fair Grounds Race Course, a New Orleans' horse track — which is kind of appropriate for the way Bolen works, dashing from one show to another. (He calls that part of the gig his "free gym membership.")

As we make our way to guitarist Little Freddie King's in-progress show at the Blues Tent, Bolen lets me in on his strategy: "We'll start at the back and work our way to the front, [so that] just in case it ends, we will have gotten at least a couple of pictures."

There is applause as we enter, which means we could be too late — but then King starts another song. Bolen flashes a wristband at security and wedges himself alongside a few dozen photographers in the photo pit. King is in a purple shirt with white polka dots, red tie, blue pants; there is a voodoo-looking skeleton on his mic stand. Bolen changes lenses. He crouches down. He climbs up on a sound monitor — probably not allowed — but he gets away with it.

The competition is fierce, as is the pressure to capture something unique. For the big acts, hundreds of photographers point their lenses at the same performer, and time is often tight. Many artists have a policy: after three songs, clear the photo pit.

"Sometimes there's musicians who don't want anything between them and the audience," Bolen says. "And some bands don't want any photography at all."

Bolen has built relationships with local musicians over years of shooting them. At one point we run into Troy Andrews, better known as Trombone Shorty. Bolen photographed him at one of his first gigs, on stage at the 2001 Jazz Fest. 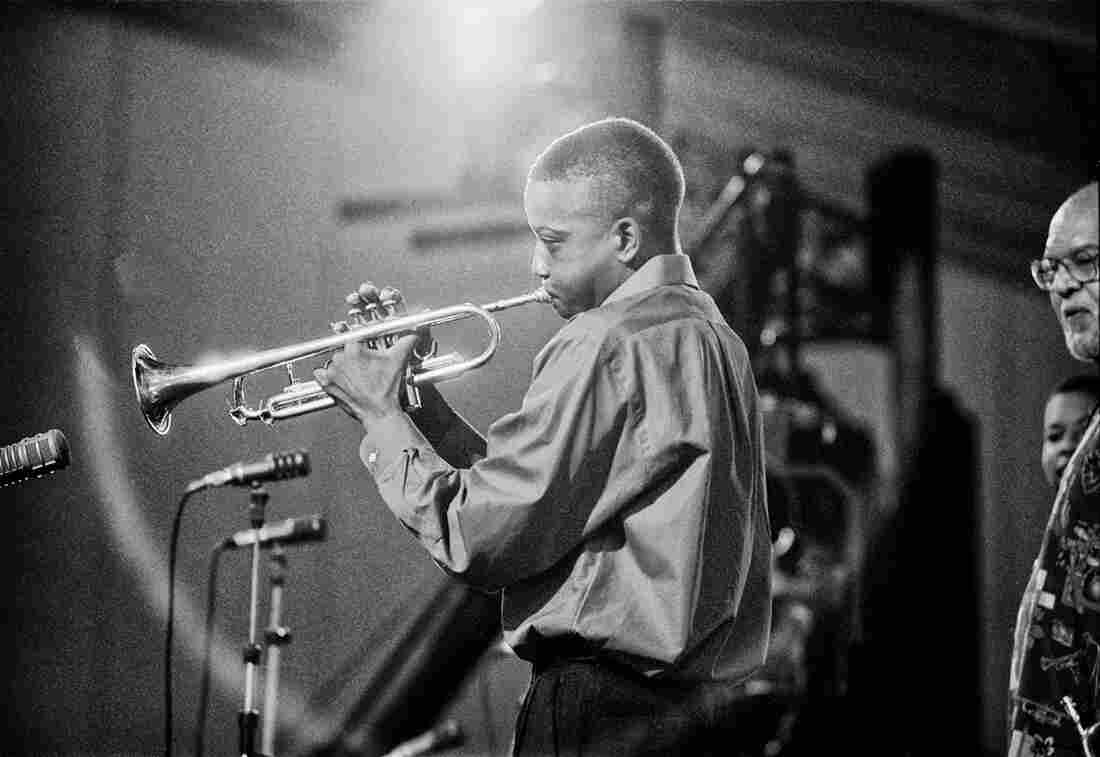 It means a lot to Bolen when the artists like his photos. He tells of showing one to Dave Brubeck; the late pianist liked it so much he asked to keep it. Bolen has even been asked to take musicians' family portraits.

But today he's on assignment. So we catch a merengue band and jazz singer Diane Reeves, then hit the Cajun Fais Do Do Stage before getting to the obligatory headliner, Dave Matthews — where there's a sea of fans and some ominous gray clouds.

Torrential rain starts during the first song. Cameras disappear under ponchos. Bolen bails and scurries to catch the start of B.B. King's set. It's still pouring as King warms up inside a huge tent.

"It's the perfect ending to a weekend of Jazz Fest," Bolen says. "B.B. King — can't ask for better than that. He has such great expressions." Then, perking up: "Oh, it's starting!"

After a few songs, the photographers get shooed out. Bolen would like to stay, just to listen to the rest of the show. But he has thousands of photos to edit, caption and upload just from today. He'll get only a few hours' sleep. Then it's back up for more iced coffee, sprinting through the mud and hoping for a few more great shots.