Accessibility links
A Look Back At Jazz Fest, Where Ages Were Made : A Blog Supreme At the 2013 New Orleans Jazz and Heritage Festival, every sort of performer was welcome. But the festival grounds were at the center of a much wider celebration of Louisiana music that continued during, around and after the last two weekends.

A Look Back At Jazz Fest, Where Ages Were Made

A Look Back At Jazz Fest, Where Ages Were Made 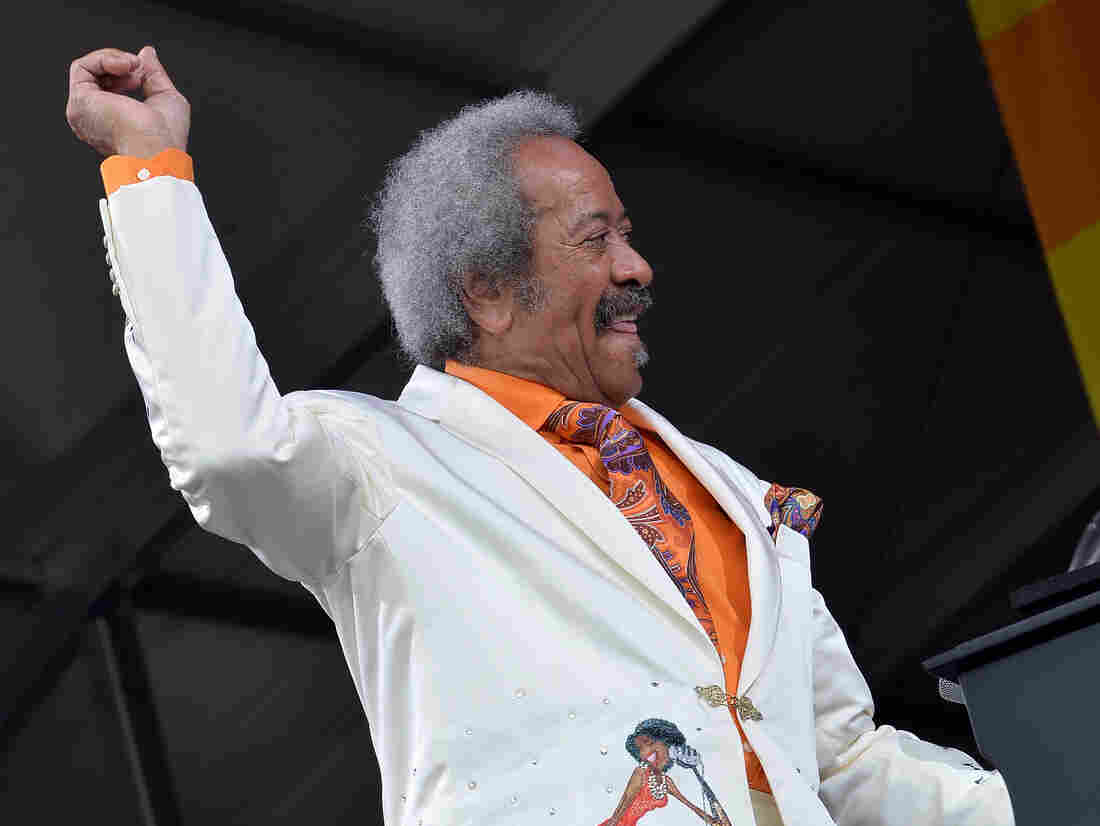 Allen Toussaint performs during the 2013 New Orleans Jazz and Heritage Music Festival. He would also play a small club after the festival finished for the day. Rick Diamond/Getty Images hide caption 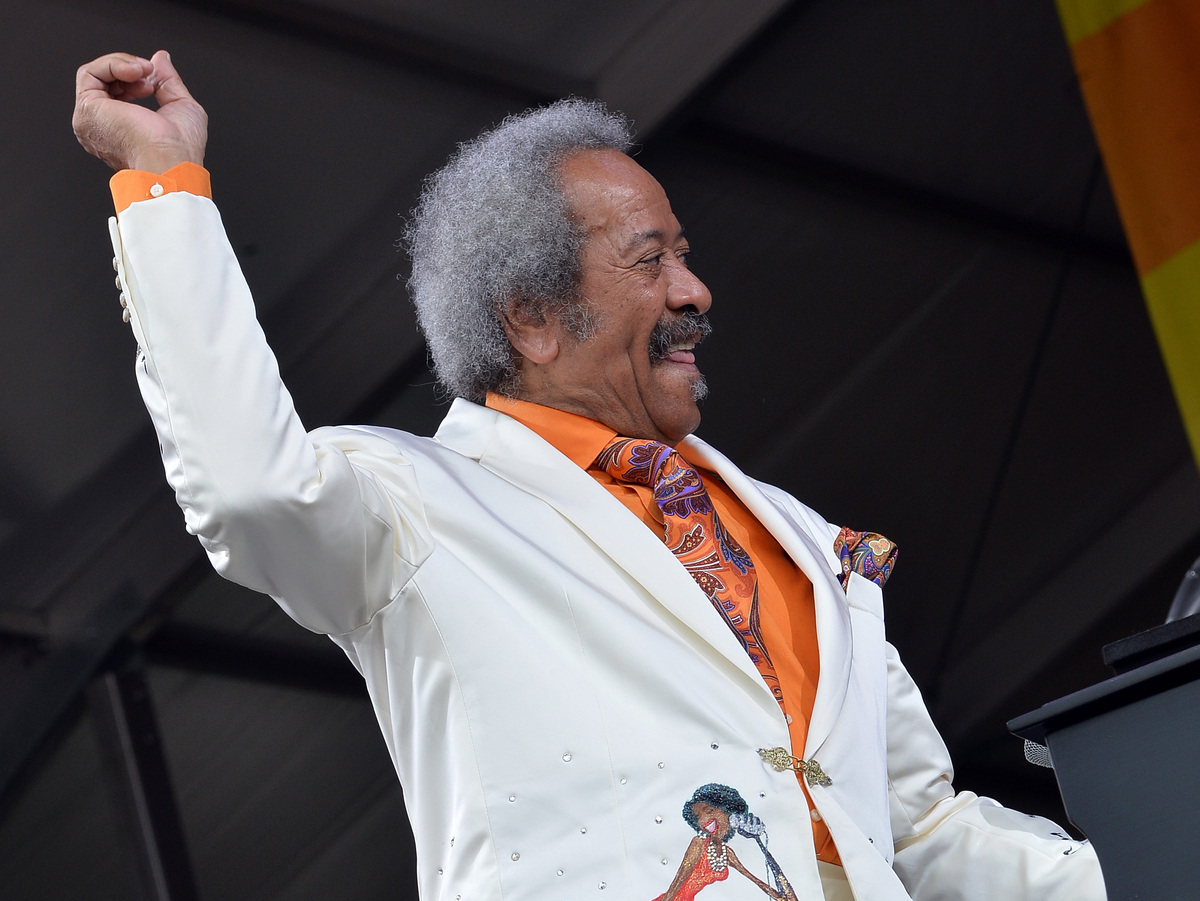 Allen Toussaint performs during the 2013 New Orleans Jazz and Heritage Music Festival. He would also play a small club after the festival finished for the day.

Some music festivals are known for certain specific things; others are known for a broad assortment. The New Orleans Jazz and Heritage Festival is known for everything. The city's arms are just that wide.

Every performer is welcome. This year, singer Patti Smith held a crowd spellbound in the mud just as easily as Billy Joel lifted his audience off dry ground. Jazz stylist Diane Reeves sang a Fleetwood Mac song on the first weekend just as compellingly as Fleetwood Mac sang its own songs the following weekend. And artists across nearly all of the stages played Allen Toussaint songs — including Toussaint himself.

Talk Of The Nation

A Look Ahead To The Future Of New Orleans

A Look Ahead To The Future Of New Orleans

If you missed it, well, you missed it. But there's always next year. With any luck, you'll get to see my neighbor, jazz trumpeter Lionel Ferbos, who received a standing ovation at the Economy Hall tent. Ferbos is a heck of a horn player, and this summer, he'll make 102.

Yes, in southern Louisiana, we make our ages, a vestige of the French that used to be spoken more widely here. But there's truth in the English translation. We make almost everything worth having in these parts, especially a good time. If there's not a name to describe what we sing or chant or dance to, nobody worries. The crowds and the artists prefer it that way. It's just homemade. "Obliterate category," Taj Mahal told me in an interview Sunday. "Just play music."

So the artists make the headlines and the people make the fun — gathering outside, in the rain if necessary — to shake our you-know-whats. A body has to feel at home to do a thing like that. And it takes a million little graces across the entire city to make upwards of 400,000 people feel safe enough and free enough to, as the New Orleans standard says:

Hang it on the wall

Throw it out the window

Catch it 'fore it falls

The festival grounds were at the center of a much wider celebration. Late into the evenings, the city's nightclubs bulged with talent. On Saturday night, Allen Toussaint played Frenchman Street to a sold-out club in Marigny, the neighborhood adjacent to the French Quarter; that's like seeing a polar bear in the veldt. Midweek, Dr. John played the city's most treasured bowling alley in a tribute to Bobby Charles, whose hits included "See You Later, Alligator." Troubadour John Boutte and trumpeter Wendell Brunious played their last-day-of-the-Fest set list more than a week earlier, at yet another club on Frenchman Street. Boutte, who wrote and performs the theme song to the HBO series Treme, turned the bar into a cathedral with a haunting rendition of Leonard Cohen's "Hallelujah."

Then, in the middle of Jazz Fest, there was Chaz Fest — a one-day event in the Bywater neighborhood with food, swag and New Orleans singer-songwriter Alex McMurray. In rare form that day, McMurray sang with the Valparaiso Men's Chorus, which specializes in sea shanties. That's right, sea shanties. St. Claude Avenue may never be the same.

As of Wednesday, New Orleans is officially in the afterglow. But then again, we're making time for Delfaeyo Marsalis and the Uptown Jazz Orchestra, Walter "Wolfman" Washington and the Roadmasters and jazz singer Meschiya Lake with the great New Orleans pianist Tom McDermott. That's a whole lot of homemade talent playing venues around town — and it's only Wednesday. The Wednesday after Jazz Fest.

Gwen Thompkins is host of the public radio show Music Inside Out. She can be reached at gwen@musicinsideout.org