Accessibility links
Derrick Hodge: Finding Music In Unexpected Moments : A Blog Supreme From church services to arguments at the table, the jazz musician finds himself drawn to the music of the everyday. His debut album, Live Today, is anchored in jazz grooves and layered with influences from hip-hop to gospel. 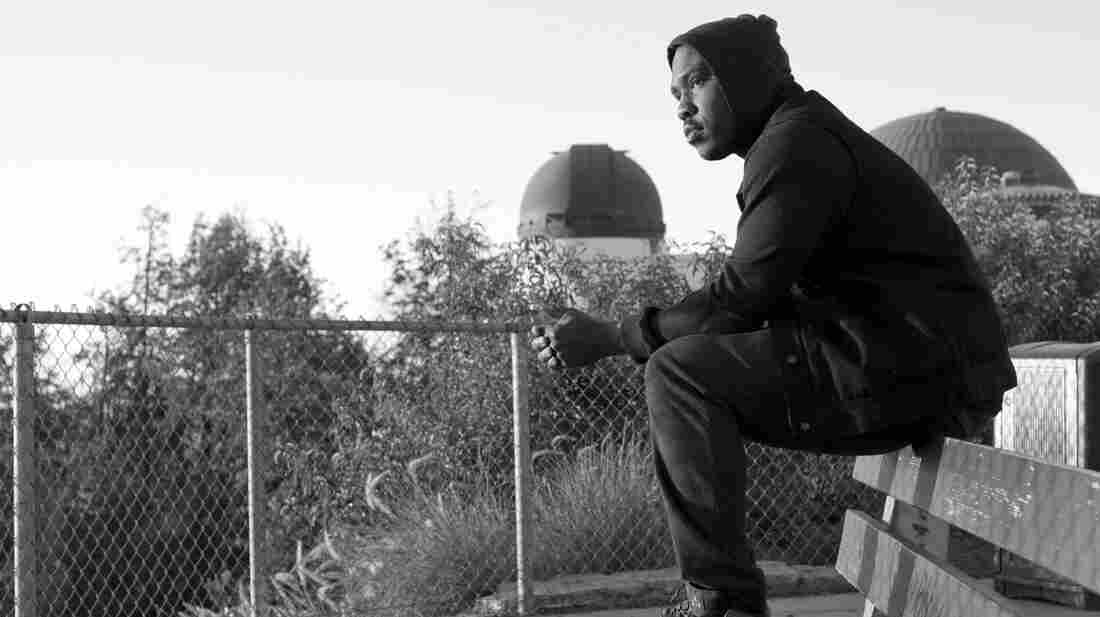 Many musicians discover their love for music through church, but Derrick Hodge found church through music. His debut solo album, Live Today, comes out August 6. Chris Baldwin/Courtesy of the artist hide caption 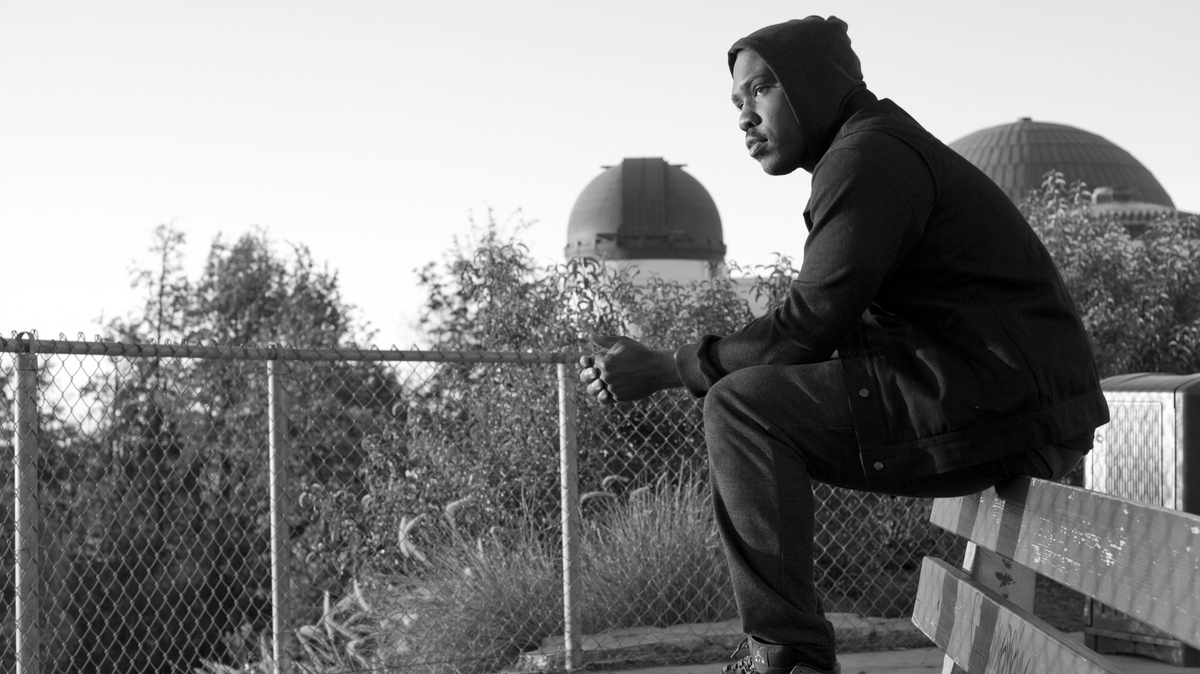 Many musicians discover their love for music through church, but Derrick Hodge found church through music. His debut solo album, Live Today, comes out August 6.

Chris Baldwin/Courtesy of the artist

There are some weird sounds in jazz musician Derrick Hodge's song "Table Jawn." It was recorded at the breakfast table, during an argument Hodge was having with some bandmates.

Hear 'Live Today' In Its Entirety

"We were sitting there arguing about something, I think the Clippers versus the Lakers or something stupid," Hodge says. "And we all started yelling really loud, and one of us raised our voice and started beating on the table to get our point across. And then somehow, it turned into a beat — where one person grabbed a spoon, another person grabbed a coffee cup and we started doing beats to the point [where] my wife Christian grabbed her phone and recorded it."

Add a little jazz to that clanking and you've got "Table Jawn," a new song on Hodge's first solo album, Live Today. It's not his first foray into making music, though; Hodge is also bassist for the Robert Glasper Experiment.

Many musicians discover their love for music through church, but Hodge found church through music. It began one day when he was a kid, running errands with his mother in the family car.

"Someone pulled up in the car next to me and he had all these drums in the back — like, drums and keyboard and all this stuff — and he got in the car and he drove off," Hodge says. "So I said, 'Mom, can we follow that car? I saw instruments in the car.' ... For whatever reason that day, she said, 'Okay.' We pulled up to the church and she stayed in the parking lot. She said, 'All right, go in there for ten minutes.'"

Something unexpected happened after he wandered into the church that day.

"I didn't come out, and she came in looking for me," Hodge says. "She ended up staying there herself and then, by the time service was over, my mom had broke down crying. We ended up joining the church right then and there and it was the music that drew me."

Hodge says he hadn't heard much gospel music before that day.

" All I was really exposed to was, like, R&B music and what was playing on the radio in Philly," he says. "And, then all of a sudden, gospel just filled up my home. It was something I was hearing all the time. And that way of expression, of understanding music, of putting emotion first — no matter what else I've done in life — that way of wanting to relate to people on a certain emotional level never left."