Accessibility links
Dave Brubeck Was The Macklemore Of 1954 : A Blog Supreme Sixty years ago, a jazz pianist found himself in much the same bittersweet position as a rapper did on Sunday night. Surely proud of their hard work, they also sensed that their privilege as white musicians had something to do with their new success.

Dave Brubeck Was The Macklemore Of 1954

Dave Brubeck Was The Macklemore Of 1954 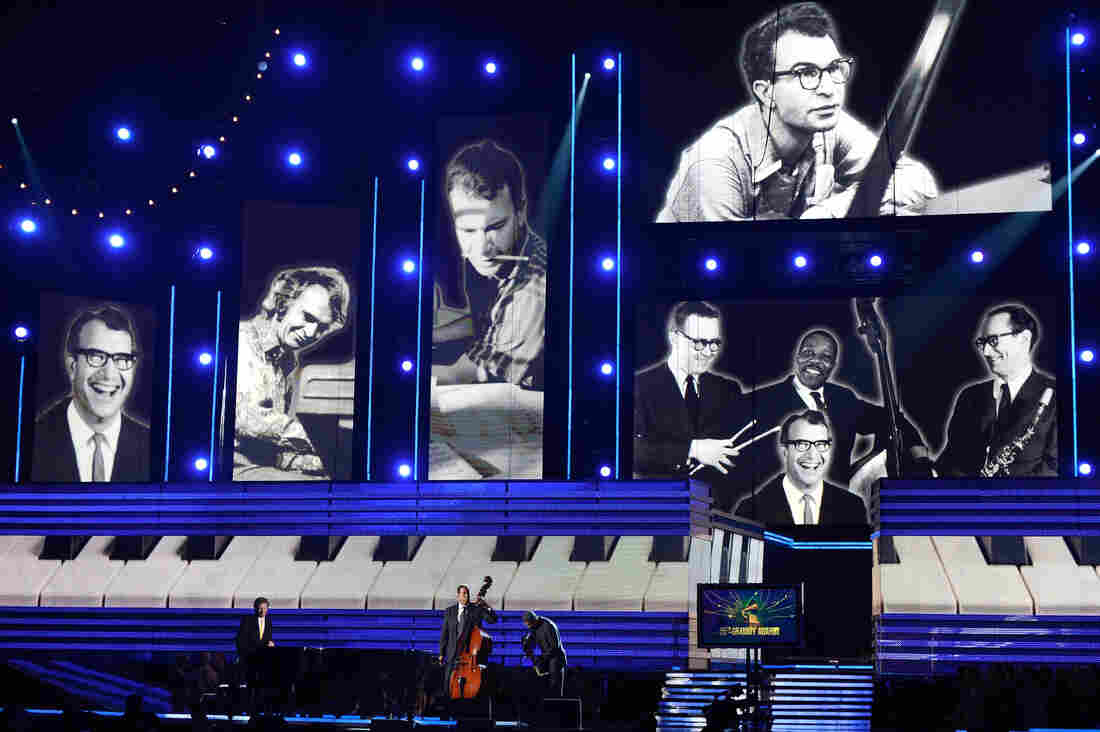 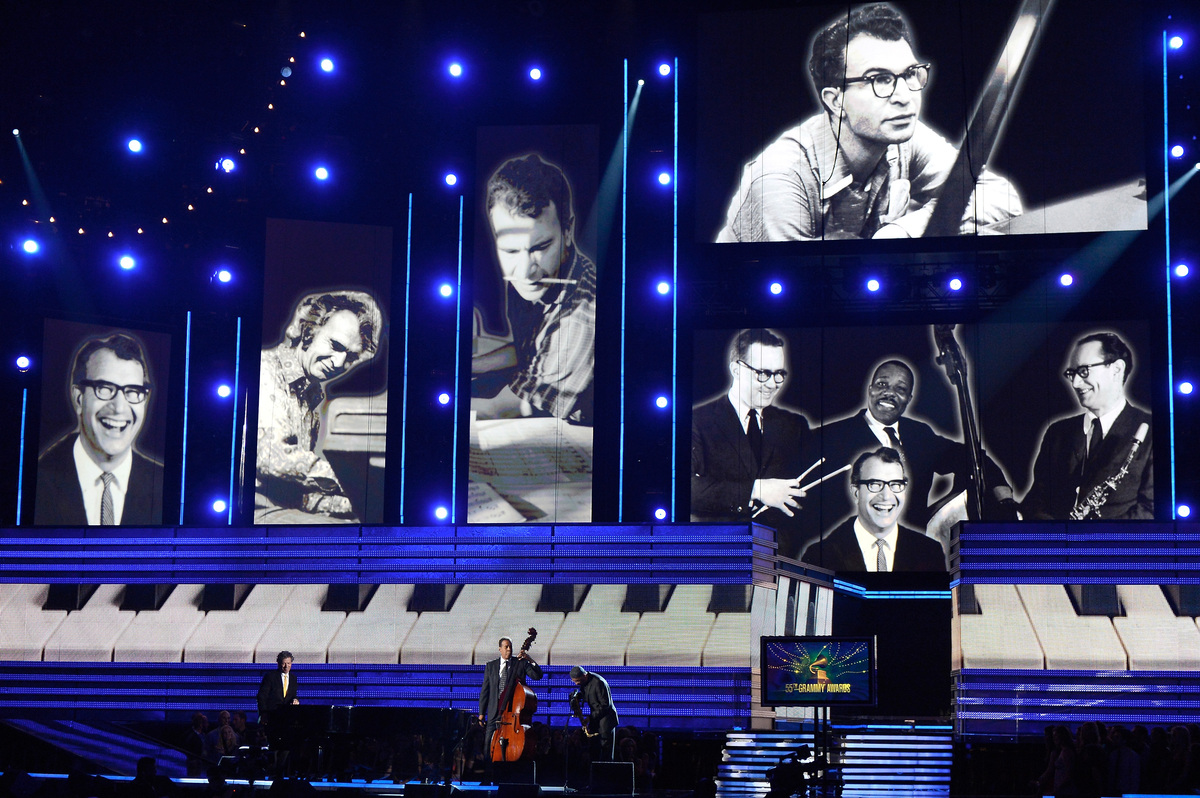 Dave Brubeck received a posthumous tribute at the 2013 Grammy Awards.

Dave Brubeck was embarrassed. It was 1954, and he was pictured on the cover of Time magazine — only the second jazz musician ever to receive that particular mainstream media recognition. The chagrin came, he said, because he felt that his friend Duke Ellington — who was also interviewed for the magazine's feature on jazz in the U.S. — deserved it more. Many years later, Brubeck told PBS documentarian Hendrick Smith about it:

Duke and I were on tour together across the country and this night, we were in Denver. ... And at seven o'clock in the morning, there was a knock on my door, and I opened the door, and there's Duke, and he said, 'You're on the cover of Time.' And he handed me Time magazine. It was the worst and the best moment possible, all mixed up, because I didn't want to have my story come first. I was so hoping that they would do Duke first, because I idolized him. He was so much more important than I was ... he deserved to be first.

This scene is reminiscent of the situation that the rapper Macklemore found himself in on Sunday night at the Grammy Awards. After winning the Best Rap Album Grammy, he publicly apologized to fellow nominee Kendrick Lamar, a heavily-tipped favorite for the award who Macklemore had publicly endorsed. Here's what he sent Lamar as a text message and posted as a screenshot to Instagram:

You got robbed. I wanted you to win. You should have. It's weird and sucks that I robbed you. I was gonna say that during the speech. Then the music started playing during my speech and I froze. Anyway, you know what it is. Congrats on this year and your music. Appreciate you as an artist and as a friend. Much love

Taken at face value, Macklemore's backstage contrition, like Brubeck's, is clearly bittersweet. Surely, both felt vindicated for their hard work, yet conflicted that an artist they felt to be more deserving was passed over. (In fact, the next year Brubeck released an album featuring a tune called "The Duke," which has since become a jazz standard.) One can further surmise that both Macklemore and Brubeck, conscientious of their whiteness, were troubled that institutions had elevated them above black innovators in an African-American music.

Both also fit into a longstanding narrative in American popular music. White musicians play music of black community origin. Then, buoyed by systemic privilege, they enjoy mainstream success prior to the black artists they were initially inspired by. And they attempt to allay the guilt by deferring to said black trailblazers. (For a more severe reading of Macklemore's public apology, try Jon Caramanica for The New York Times.)

The parallels continue beyond race-encoded discomfort, though, and I'd venture to say they tell us something deeper about the sort of musician who attracts mainstream attention.

That brings us back to Sunday night's Grammy Awards, where Macklemore took home four trophies in total, including the overall Best New Artist. It's interesting here to note that Dave Brubeck was also a musician smiled upon by the Grammys, earning a lifetime achievement award in 1996. And his death in 2012 prompted the organizers of the 2013 telecast to organize a brief tribute on stage; musicians Kenny Garrett, Stanley Clarke and Chick Corea played "Take Five" and "Blue Rondo a la Turk" for a little over a minute. It wasn't much, but it was certainly the most jazz we've seen on the nationally-televised part of the awards for quite some time.

Why might the Grammy Awards, or Time magazine c. 1954, or any other chronicler of mainstream taste reflect kindly upon artists like Brubeck or Macklemore? Their commercial success puts them on the radar, of course. And white privilege is certainly far-reaching here: the lacunae of white Grammy voters or journalists, the double standard applied to black political speech compared to that of whites, the career opportunities denied to artists who happen to be black. With these conditions in place — and, certainly, given catchy songs — Brubeck and Macklemore's shared outsider qualities translate to alternative appeal. It's easier for the powers that be to project purposeful intent onto their aesthetic decisions, rather than just weirdness.

Brubeck and Macklemore were no dummies. They knew that their "foils" at the time, Duke Ellington and Kendrick Lamar respectively, were also engaged in ambitious, conceptual, socially critical work that stood out from a formal or lyrical status quo. (For Lamar, it's his good kid, M.A.A.D. city album; for Ellington, well, it's most of his work, really.) And perhaps they were embarrassed because they somehow understood the process that made their recognition possible over giants of their field.