Whenever photographer Chuck Stewart was hired by a record company to document a recording session, he would shoot during the rehearsal takes, playback and downtime. The company would take what it needed, the remainder likely never to be developed, much less published. After decades in the photography business, and thousands of album covers to his name, he's amassed a lot of negatives.

Recently, his son David was browsing through his archives when he found six undeveloped rolls of film from December 1964, 50 years ago. They portrayed saxophonist John Coltrane at Rudy Van Gelder's studio in Englewood Cliffs, N.J., across the Hudson River from New York City and not far from Stewart's own home. Coltrane was documenting a four-part, spiritually grounded suite with his quartet, a work that would soon be hailed as a masterpiece and a landmark of 20th-century music: the album A Love Supreme.

On Wednesday, Stewart donated 25 images of John Coltrane and Alice Coltrane to the Smithsonian Institution's National Museum of American History, including some of the newly unearthed shots. The announcement was made during the launch of Jazz Appreciation Month, the annual initiative driven by the American History museum, and Stewart was on hand to sign over the collection. (We're featuring three of the pictures here. It goes without saying that you shouldn't reproduce these photos, but Chuck Stewart's family asked us to gently remind you not to.)

The following day, Stewart spoke of his time in the photography business in an open interview. Born in 1927, Stewart received his first camera for his 13th birthday. That same day, he took it to school — during a day when the African-American opera star Marian Anderson happened to be visiting. When he later found that he could sell copies of those images, earning significantly more than his allowance money at the time, he knew he was on to something.

Stewart later matriculated to Ohio University — the only school at the time with a photography program which also accepted black students — where he struck up a lasting friendship with another budding photographer who would become known primarily for his jazz images: Herman Leonard. A bit more experienced, Leonard became Stewart's mentor. He later hired Stewart to operate the lighting in his New York City studio, and brought his younger friend out east. 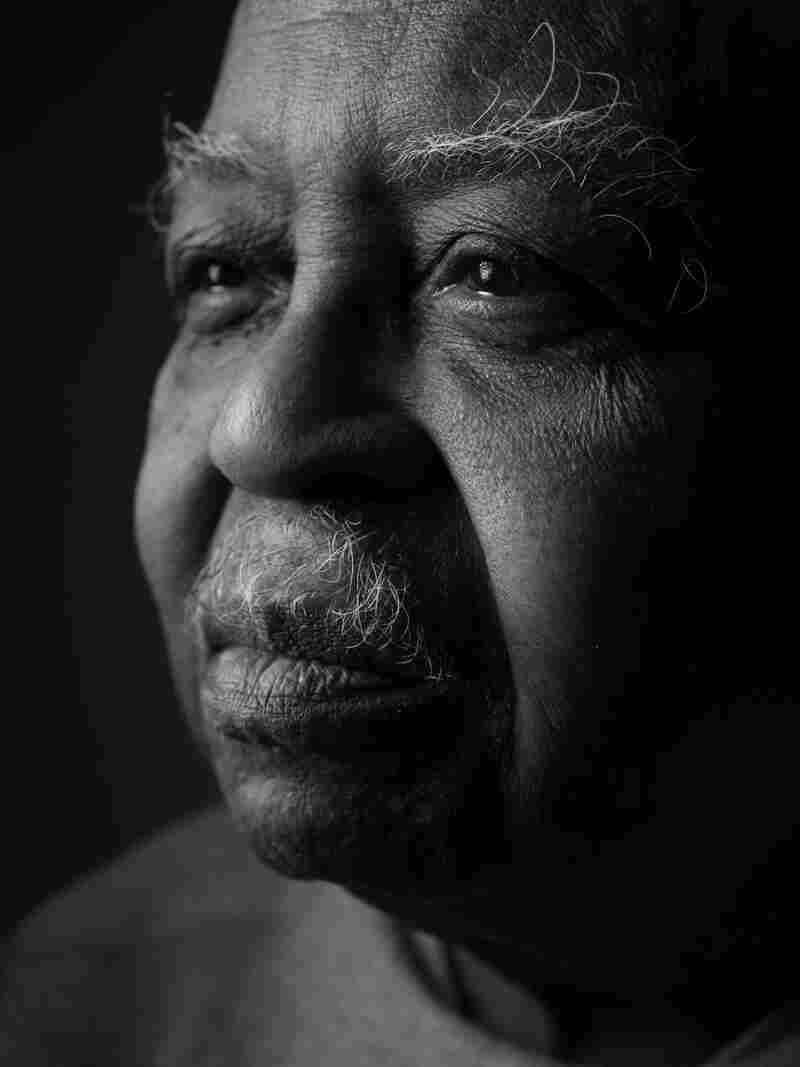 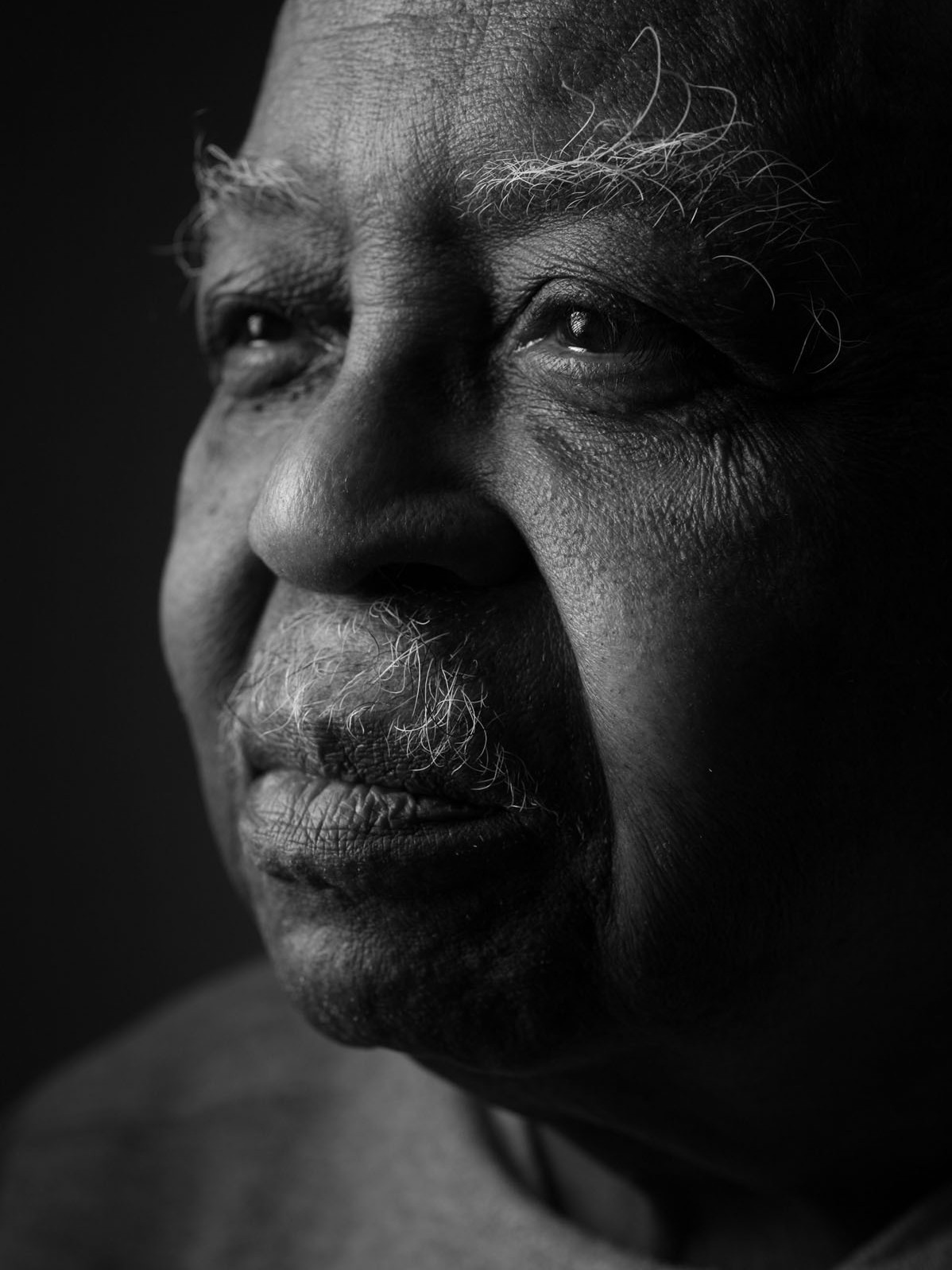 After a stint in the U.S. Army, where he served as a photographer — "Dizzy Gillespie didn't look like the atomic bomb," he joked — Stewart returned to New York. A few years later, he took over the studio after Leonard moved to Paris, and "Herman's boy," as he put it, became Chuck Stewart.

All the while, he was building relationships with musicians, especially jazz artists. He shot recordings, on stage and in his studio. His subjects included Count Basie and Duke Ellington, Ella Fitzgerald and Billie Holiday, Ray Charles and James Brown. His photos graced the covers of several Coltrane albums; in fact, he first met Coltrane in the late 1940s, before either man was famous.

"I always considered Chuck my family historian," said Ravi Coltrane, the saxophonist and son of John and Alice Coltrane.

The newly unearthed photos of the A Love Supreme session show him intent and focused, whether discussing parts with fellow musicians or simply relaxing on a staircase. After the public discussion, I asked Stewart if he recalled the session being particularly momentous in any way, or if Coltrane was any more serious than usual.

"I didn't make those kinds of judgments," he said. "I'm not a musician, so I had no way of knowing one way or another."

He did, however, tell a story about the last John Coltrane recording session he documented, when the saxophonist would direct his band to play long improvisations for nearly an hour. After a 48-minute piece, drummer Elvin Jones complained, "If John wants to do this again, I'm gonna quit!" Coltrane called a break, got some refreshments, put his arm around his drummer and coaxed another take. Afterward, Jones threw his snare drum across the room: "Well, that takes care of that!"

Ironically, though Stewart's published photos accompany many books and articles about A Love Supreme, the image that graces the actual cover isn't Stewart's, but that of producer Bob Thiele. But the Museum of American History already possessed Coltrane's original score. After Stewart signed over the photographs, a representative of the Coltrane estate came on stage, and a white-gloved caretaker presented a case. It bore another new donation: one of John Coltrane's tenor saxophones.