Accessibility links
Matthew Stevens: A Guitarist Starts Anew, Except For This Old Song : A Blog Supreme Matthew Stevens has mostly moved on from his shelved debut recording — but one tune remains in rotation. He explains how Tony Williams and a certain pop hit influenced his unconventional "Emergence." 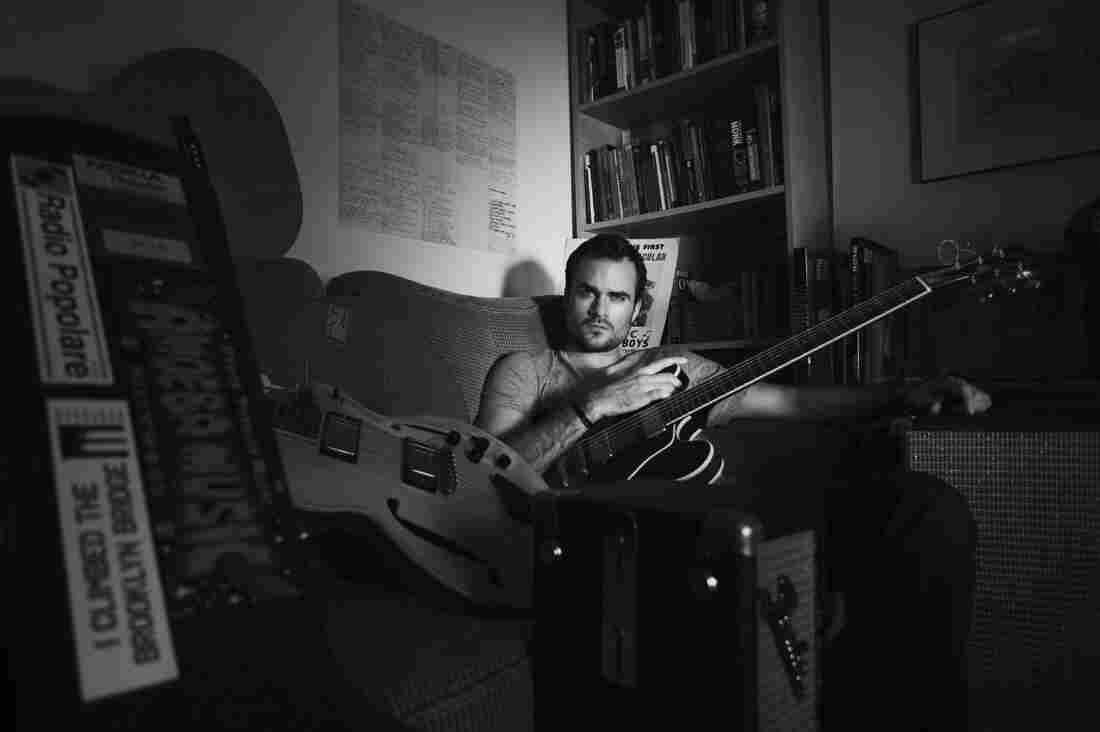 Matthew Stevens will record his debut album this year. Maximilian Motel/Courtesy of the artist hide caption 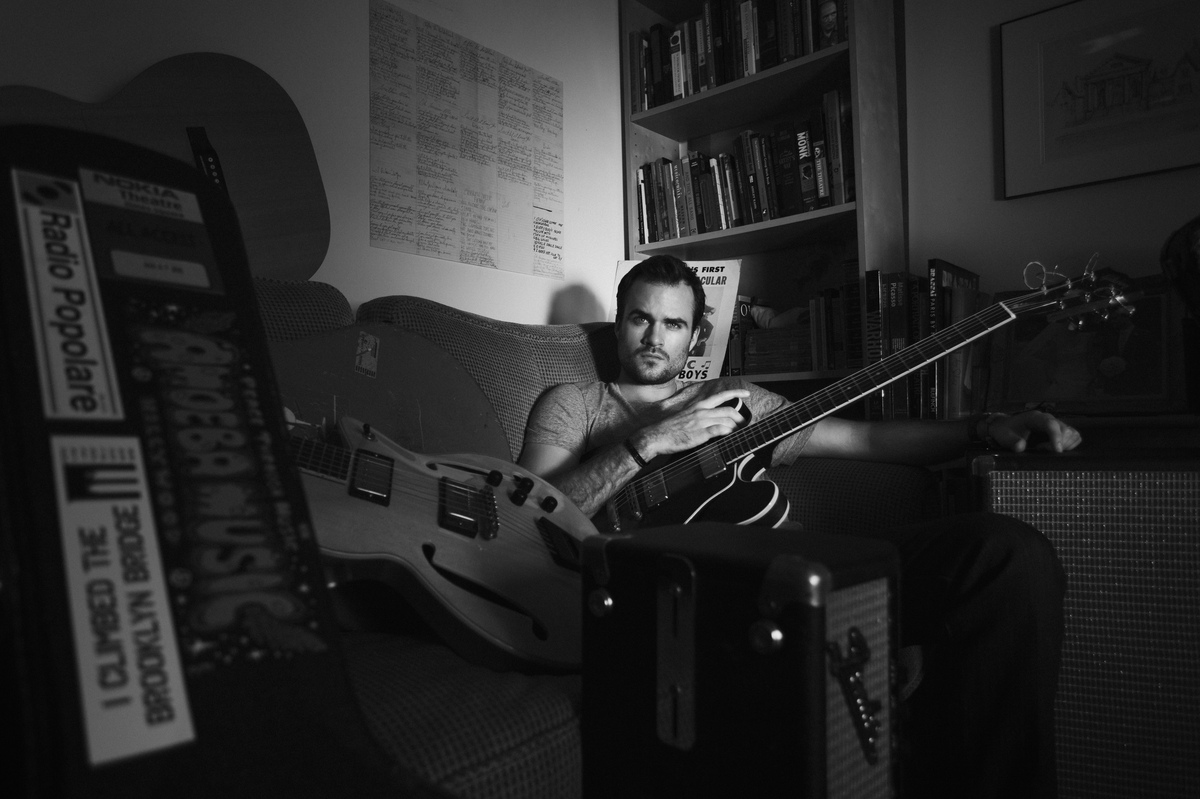 Matthew Stevens will record his debut album this year.

Maximilian Motel/Courtesy of the artist

Matt Stevens' recorded debut as a leader was supposed to have come out back in 2011.

"I had a record that was completely done," the guitarist says. "But circumstances change, and by the time it came to release it, I wanted to do something totally fresh."

"Emergence" — heard here performed by Walter Smith III (saxophone), Milton Fletcher (organ), John Escreet (piano) and Jamire Williams (drums) — is a remnant from that early effort. It's a tune Stevens will likely perform at Berklee College of Music on Wednesday night, a concert you can see and hear via a live webcast on NPR Music.

As for that something fresh, Stevens is scheduled to record with current bandmates Gerald Clayton (piano), Vincente Archer (bass), Eric Doob (drums) and Paulo Stagnaro (percussion) in May for a release on Concord Records in late 2014.

Lara Pellegrinelli: You pointed me to a bunch of recordings via Soundcloud, but when I said we should pick one to talk about in depth, you didn't hesitate. This was it. How come?

Matthew Stevens: Most of the material that I've been playing with the band this year is completely and entirely new. It's a new band, more of a working group. But that song has stuck with me and stayed true. It's the strongest representation of the way I like my songs to have a narrative arc.

From the lead sheet you sent, I discovered the tune was initially called "Battlefield." Does the title have any particular meaning?

For me, titles come afterwards. "Battlefield" was a word I liked and the first four bars had a sort of marching quality.

It's a rhythmic word. And you could have added some live cannons or something. If it was good enough for Tchaikovsky—

Exactly. [Laughs.] What moved me away from it was a pop hit where the hook was something like, "Your love is like a battlefield."

Hmm, maybe it was a cover? I thought it was a Katy Perry song, but I could be wrong.

So then where did the title "Emergence" come from?

It had this dual meaning: a tipping of the hat to Tony Williams Lifetime, Emergency!, which was a really formative record for me. And, since "Emergence" was going to be on my first recording, there was this feeling of coming into my own.

That makes sense. When I listened to the track, I was thinking that the organ didn't have the typical R&B, soul-jazz sound, but that it wasn't coming from jam-band territory either.

Right. Lifetime had this powerful, bubbling organ in it. I love it when things don't stay true to any particular idiom or genre.

I have to admit that "Karn-Evil 9" [Emerson, Lake & Palmer] was the first thing that came to my mind when I heard it.

There's a real brightness to the opening. It alternates with that wispy melody in the saxophone, which makes me think the narrative arc is all about contrast.

Absolutely. One of the other groups that inspired me — it still does — is Wayne Shorter's band — just how dramatic they were in their use of dynamics and performing compositions that felt like suites. My attention would never wane, and it inspired me to move away from more standard structures in my own writing. Even within a small ensemble, you can reinvent the sonic landscape by having certain people drop in or drop out.

Like the way you don't even realize "Emergence" uses a piano until you're two-thirds of the way through the piece.

Yeah, it's hidden. It's there, but it doesn't jump out at you. I was deliberating for a long time if I wanted to use piano or organ. I wound up using both and no bass player.

Can we talk more about specifics? Because you've created a loop with that opening phrase; the last note is the same is the first, which makes it hard to tell where you are rhythmically.

Well, you can also thank [drummer] Jamire Williams. That's what makes it interesting to me: to have a really swirling, bombastic (in a positive sense), open and alive feeling with the drums on top of a rock-steady loop.

The chord changes — they make it hard to tell where the harmonic center is, too.

It's a pretty simple progression; inverted triads over a really strong bass motion. As you were saying, it doesn't settle into a particular place. You're not sure where it's going to resolve. [Sheet music of "Emergence" as a PDF.]

The lighter melody in the saxophone that comes next — is there a reason why you didn't want to feature yourself there on guitar?

It seems significant to the arc of the piece that the solos come toward the end.

Yeah. On that recording with that instrumentation, it's incredibly important. The piano solo comes after all of this melody. First you've heard an introduction and you've heard a melody, then the introduction again and another melody with a slightly longer rubato section, and then you go into a third introduction with the same material in a different key. You hear the melody one more time. It's longer, hopefully building up a lot of steam into the piano solo, which is meant to be a release and a bridge to the next part of the song. The guitar and saxophone solo over the harmony of another variation on the tune introduced after the piano solo.

I think to some extent, listeners still have an image of jazz as a chorus-chorus-chorus kind of enterprise. When musicians are doing something different, sometimes it's trickier for us to navigate.

Absolutely, although I don't want anyone to feel that the only way they could enjoy my music was if they had a deep understanding of it in an academic way, or in a theoretical way. I would feel really disappointed if I had to explain it for somebody to get it. l want people to be able to hop on and go for the ride.