Accessibility links
The Art Of Cool: 5 Bands At The Borders Of Jazz : A Blog Supreme This weekend's Art of Cool Festival in Durham, N.C., aims to expand the audience for improvised music. So it's booked performers from modern R&B, hip-hop and beyond with deep jazz influences. 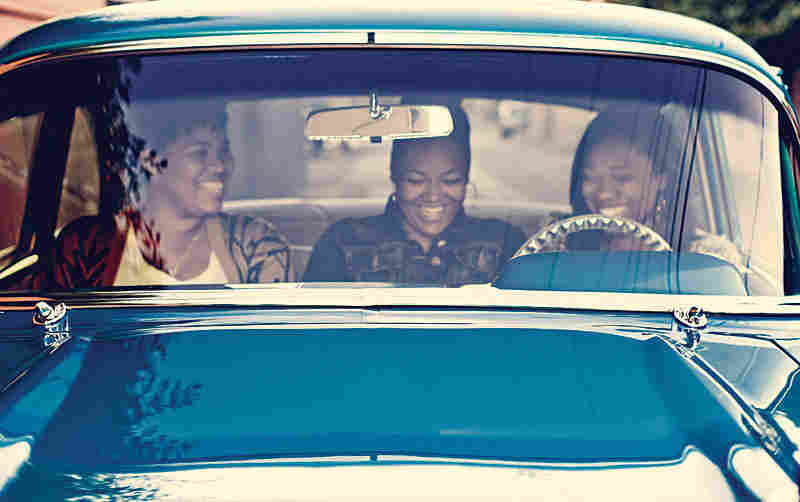 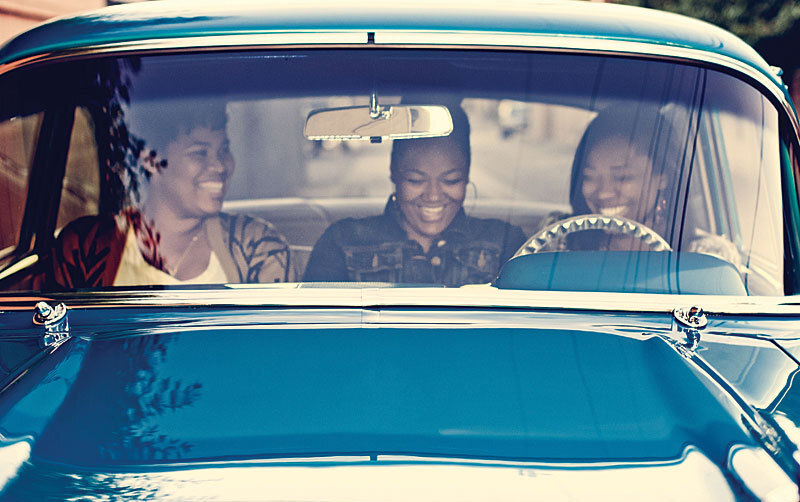 Alyssa Tumino/Courtesy of the artist

This weekend in central North Carolina, an adventurous music festival will pursue an explicit goal: to get more people to listen to jazz.

The event is easily the biggest production to date from the Art of Cool Project, a small concert-promotion outfit based in Durham. Encouraged by the highly educated populace of the Raleigh-Durham Research Triangle region, a concentration of successful venues and a history of African-American music, Art of Cool planned a two-day festival this Friday and Saturday throughout its hometown. And it's doing so by spotlighting many acts at the borders jazz shares with hip-hop, R&B and other similar styles.

"Our thing is expanding the audience for jazz," Art of Cool co-founder Cicely Mitchell says in a phone interview. She says she found her way into classic jazz via neo-soul and R&B herself. "We believe this festival could be a gateway festival, or a gateway presentation, to turn people on to jazz."

The second of this weekend's two headliners, Miguel Atwood-Ferguson is a musician you've probably heard but perhaps never heard of. As a studio musician (viola, among other instruments) and composer/arranger, he's worked with Ray Charles and Barry Manilow, Dr. Dre and Christina Aguilera, John Williams and Flying Lotus. Jazz is one of his chief passions, and he often works in settings which enable improvisers. At the AOC Festival, he'll be the musical director of Carolina Soul, a tribute to North Carolina-born legends Nina Simone, John Coltrane, Thelonious Monk and Roberta Flack. Here's a taste of a performance with his own ensemble.

This recording is available via Bandcamp.

Among the world-class jazz artists who call the Research Triangle area home is Nnenna Freelon, the multiple Grammy-nominated jazz vocalist. Talent runs in her family; for her AOC show, she teamed with daughter Maya Freelon Asante, a visual artist, for a special "Mother/Daughter Mashup" set. (They are also working on an interdisciplinary stage show called The Clothesline Muse.) And one of her sons, Pierce Freelon, is the frontman for The Beast, a jazz- and hip-hop-influenced quartet also performing at this weekend's festival. In 2010, The Beast recorded with Nnenna Freelon, including this spin on a Mos Def number.

This recording is available via Bandcamp.

KING is Amber and Paris Strother, twin sisters, and Anita Bias. As a band, it splits the difference between classic girl groups and organic R&B, all with a winningly homemade quality. Credit Paris, a Berklee-trained jazz pianist, with the production and sound design, and Bias (her classmate) and Amber for the vocal simpatico. KING has all of four songs out to the public; they're so uniformly well-crafted that the trio was invited to record on Robert Glasper's Black Radio album, to cover "Go Slow" for the Red Hot + Fela tribute project, and to open for Prince. KING's AOC show promises to translate rich harmonies to a spare live setting.

Two hours up the Interstate from Durham is Jellowstone, the Richmond, Va., home recording studio of Butcher Brown. The young quartet traffics in loose, groove-based instrumentals, often laid-back and with a healthy dose of boom-boom-chick. Perhaps the '70s movie-soundtrack vibes come from the fact that Butcher Brown is a rhythm section, with drums (Corey Fonville), bass (Andrew Randazzo), guitar (Keith Askey) and a keyboard player (Devonne Harris) who moonlights as a hip-hop producer (a.k.a. DJ Harrison). The band has a recording with trumpeter Nicholas Payton in the can; it also has an album it's offering as a free download. "Linen Suits" is a song on that record, Backtracks, featuring trumpeter-turned-saxophonist Marcus Tenney and NO BS! Brass Band co-founder Reggie Pace playing auxiliary percussion.

The Art of Cool Festival made a point of booking several local musicians, made easier by the fact that husband-and-wife duo Kate McGarry (voice) and Keith Ganz (guitar) moved to the area about five years ago following a decade in New York's jazz scene. McGarry's clear delivery can be heard on several albums — as well as on recent collaborations with John Hollenbeck and the Gil Evans Centennial Project — but her new duo record with Ganz, Genevieve & Ferdinand, is something minimal, just singing and acoustic guitar and nuance. It's hard to say it's jazz, per se, but it's finely executed. Here's their take on Paul Simon's "American Tune."