Accessibility links
Act Like You Know: Sun Ra : A Blog Supreme Sifting through the overwhelming catalog of the Afro-futurist jazz master is a daunting task. To celebrate Sun Ra's centennial, we picked five essential songs that lay his otherworldly evolution bare. 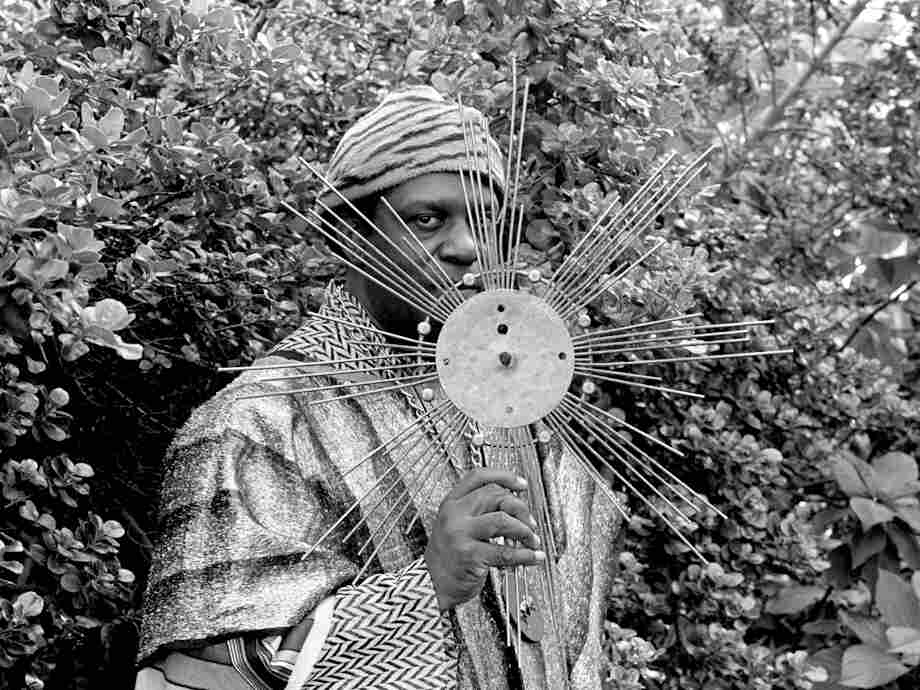 Sun Ra's music sounds like it was intercepted from another world. Baron Wolman/Courtesy of the artist hide caption 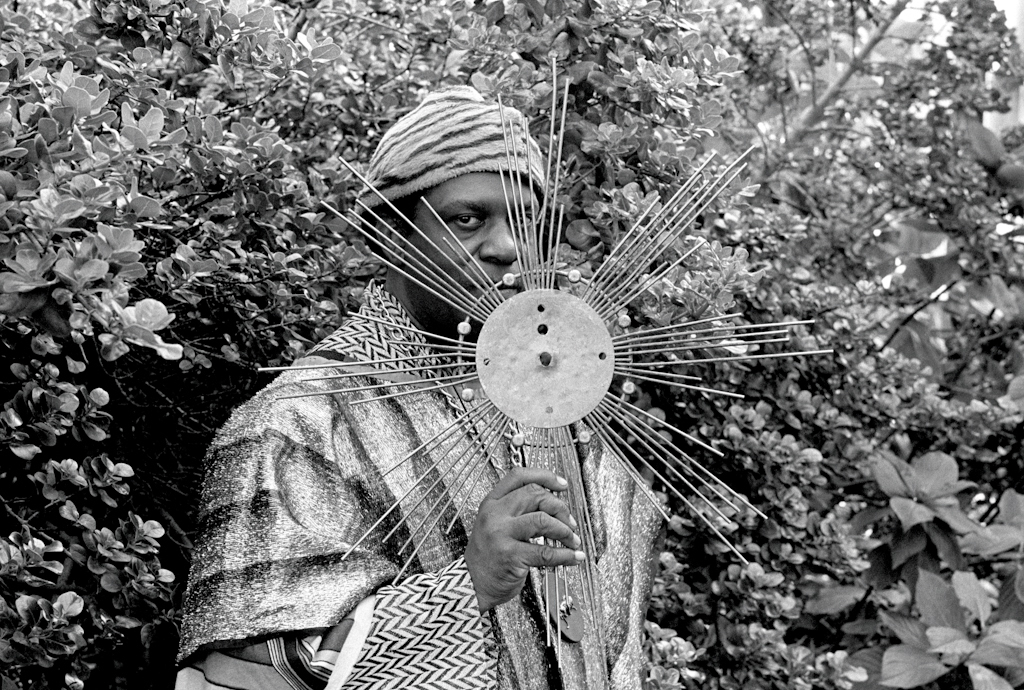 Sun Ra's music sounds like it was intercepted from another world.

Baron Wolman/Courtesy of the artist

Records show that 100 years ago today, a boy named Herman Poole Blount was born in Birmingham, Ala. Between that moment and his passing in 1993, the man nicknamed "Sonny" developed huge musical talent, synthesized an all-encompassing Afro-futurist worldview and grew into the name Le Sony'r Ra — Sun Ra for short. And he lives on as a cultural hero at the intersection of flamboyant outsider and self-made genius.

For a man for whom outer space was a guiding metaphor, he was a lot of different things on Earth. Here's a short list:

Behind his esoteric parables, contradictions and mythologies, there's at least one constant. Sun Ra was often recognized as one of the hardest-working musicians anywhere he went — and surely one of the most original.

His is a huge oeuvre that people spend lifetimes exploring. In fact, the Sun Ra Archives are re-releasing 21 major albums remastered for iTunes for his centennial arrival date — just a fraction of a discography which some historians estimate at over 180 records. Here's a quick introduction to that catalog in five essential tracks. 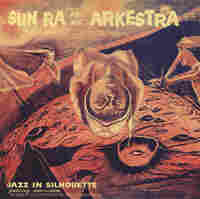 Sun Ra's music sometimes sounds like it was intercepted from another world, but his early recordings show clear influences from this one. That makes sense, as his professional development, in some ways, was quite normal for jazz musicians of his time: he worked in Swing Era big bands, backed up blues singers and doo-wop vocal groups, and kept an ear out for bebop and its aftermath. "Saturn," from 1959, is an ode to his home planet; moreover, it's one of many relatively conventional songs from this early discography. After the introduction, the band snaps precisely into tight ensemble playing over a driving ride cymbal beat, all set to a standard AABA form. Of course, that introduction, with Ra's repeating chords and that hauntingly unmoored melody, is also a tipoff. Like contemporaneous boundary pushers Charles Mingus and George Russell, his wasn't archetypal hard bop either. 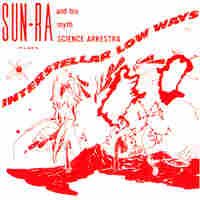 Sonny Blount moved to Chicago in 1946 and left it as Sun Ra in 1960. He'd been a voracious reader and music obsessive since his Alabama youth, but in the Midwest, his esoteric and musical interests intensified, fully merged and coalesced into documents. Take "Rocket Number Nine," one of his best-known pieces, from late in his Chicago period. Sonically, it's plenty future-leaning: The frenetic, harmonically open solos from John Gilmore (sax), Ronnie Boykins (atonal bowed bass) and Ra himself (piano) show how his band was already exploring sound ideas from way out beyond. And you can't miss the group chants announcing the next flight to Venus (and continuing service to Jupiter). That claim on outer space as his domain, especially for someone as marginalized as a black musician, is central to Ra's all-encompassing artistic cosmology: infinite possibility, absurd comedy and rigorous invention all in one. 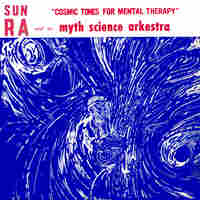 In 1961, Ra and some of his bandmates relocated to New York City. He was already 47 at the time, but still hungry for new sounds, and his arrival roughly coincided with that of the "new thing," so-called free jazz. It was in New York that his music truly turned radical — longer, wilder and sometimes divorced from anything identifiably jazz. The trio cut "Moon Dance" comes from the largely abstract Cosmic Tones for Mental Therapy, recorded in 1963. Even though it's the most "accessible" track on the album, there are still some gestures here characteristic of the evolving Arkestra. Ra plays a Hammond B-3 organ, one of many electric keyboards and synthesizers he employed. Clifford Jarvis paints around the drum kit, much as Arkestra members did with all manner of percussion instruments. And longtime bassist Ronnie Boykins makes it cohere with a gutsy groove. 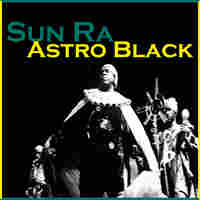 During his time in New York, Sun Ra saw pathways open up for his music in this world: the release of many archived recordings on his own El Saturn Research label, a record deal with avant-garde imprimatur ESP-Disk', and the beginning of a standing Monday night gig at Slug's Saloon, deep on the Lower East Side. The Slug's engagement brought the Arkestra's fiercely disciplined pageantry into better contact with the city's artistic literati, jazz and otherwise — a big opportunity for the band to gain acclaim, tour dates throughout the U.S. and even (briefly) a major label record deal. "Astro Black" is the title track from an ABC/Impulse! release from 1972. That's after he had moved away from New York, but the track remains a good display of the Arkestra at full tilt. June Tyson's clear voice, deep rhythmic insistence which turns to freeform improvisation, horns everywhere and a tapestry of synthesizer noise. Now imagine that with space outfits and dancing through the aisles. 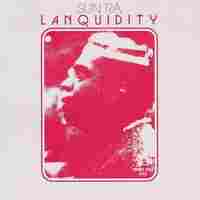 As the '60s became the '70s and beyond, the Arkestra — now largely based in communal housing in Philadelphia — continued to evolve its repertoire. Ra didn't let go of extended freakouts and evocative exotica in the harmonically uncentered "space key," but also wove in his whole history of music, including Fletcher Henderson and Count Basie big band charts, standards, Disney movie themes, protest songs, blues heads and oblique disco. "Where Pathways Meet," from the 1977 album Lanquidity, exhibits a future-funk shuffle; it's a head-nodder for the heavens.

Ra departed for those heavens in 1993, but not before official recognition from the U.S. government in the inaugural class of NEA Jazz Masters in 1982, and unofficial recognition as a sui generis cultural institution. The Sun Ra Arkestra continues on today under the direction of saxophonist Marshall Allen, bringing its founder's vision of art as a higher metaphysical reality to venues worldwide.