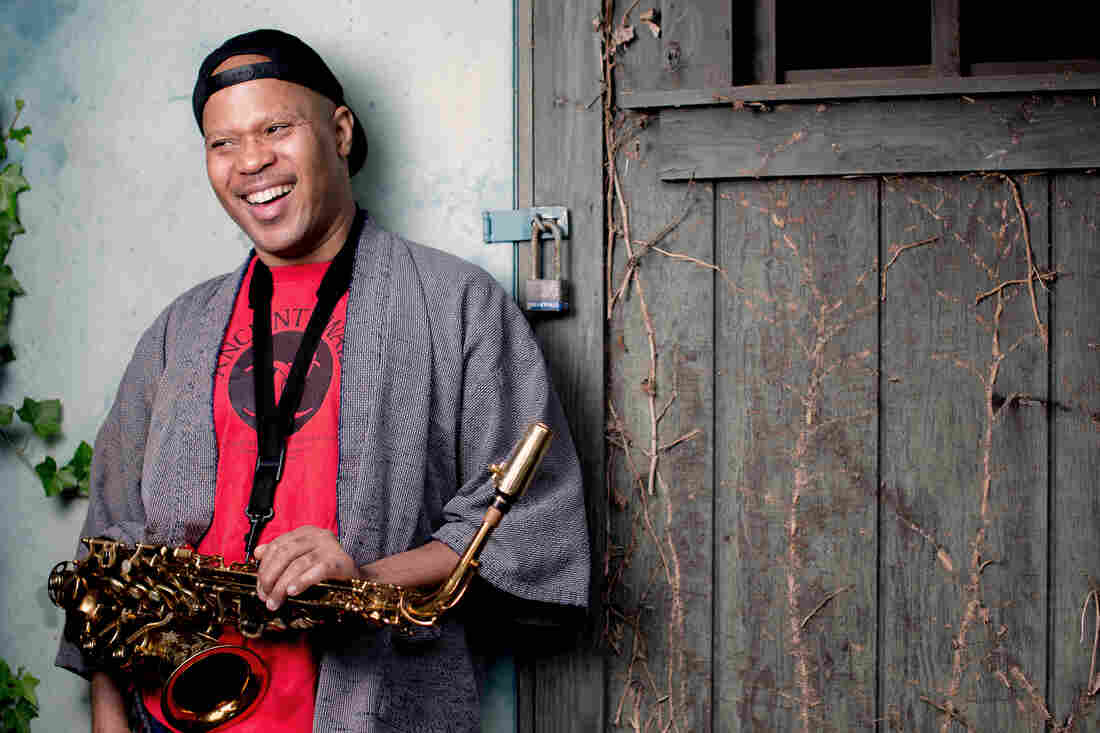 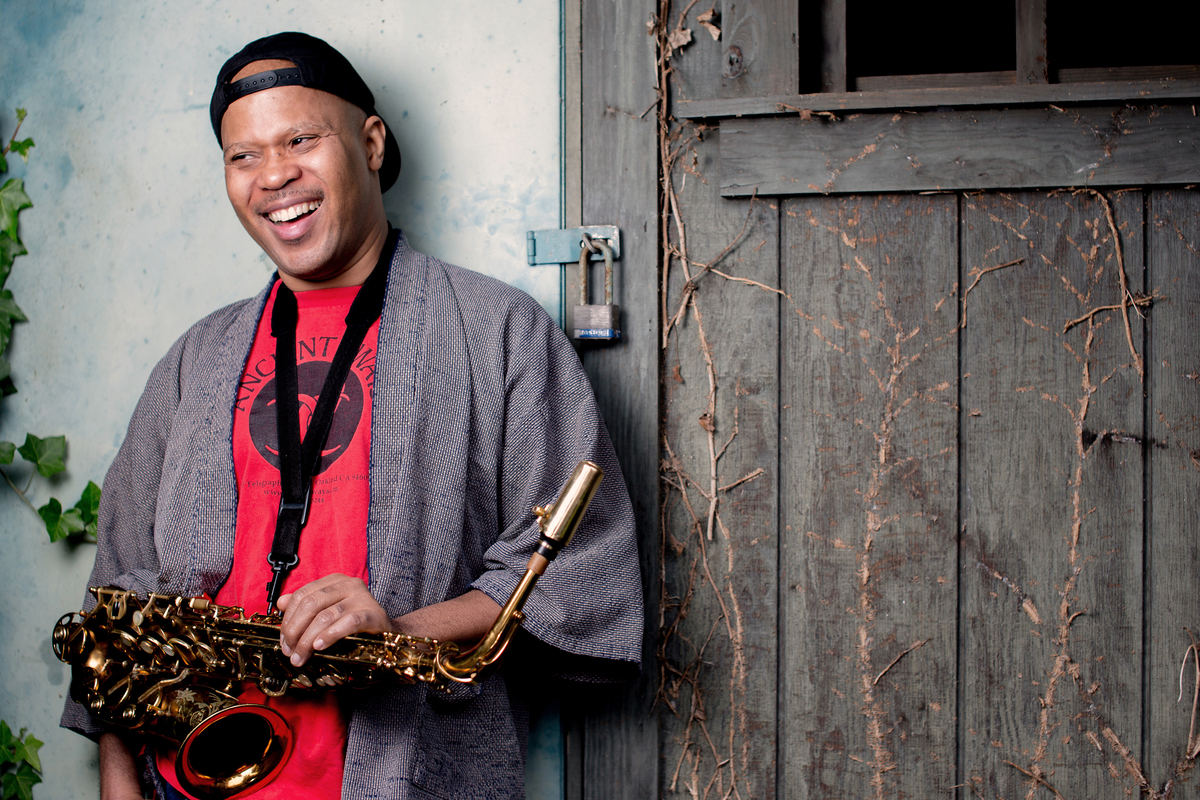 Steve Coleman practices in his backyard in Allentown, Penn.

Composer and alto saxophonist Steve Coleman, 57, has been named one of 21 new recipients of the MacArthur Fellowship, commonly referred to as the "genius grant." The award is worth a unrestricted stipend of $625,000 over five years, as dispensed by the John D. and Catherine T. MacArthur Foundation.

Though often classified as a jazz artist, Coleman takes a broader search to improvised music. Since the 1980s, he has approached music through the original concept M-Base, which promotes the creation of structures or languages to better express personal experience (the M-Base acronym stands for Macro-Basic Array of Structured Extemporizations). In practice, Coleman has applied the idea to uncommon formal innovation, inspired often by metaphysics, mythology, natural science and travel throughout the African diaspora and Asia.

Meet The 2014 Winners Of The MacArthur 'Genius Grants'

"If anything, that's what this music is," he told NPR Music in 2012. "It's a lot of different influences, coming from different places — plus, whatever's coming from inside you, which is the main thing."

In the process of developing the M-Base conception, Coleman has become an important teacher and community leader. Through frequent residencies and regular workshops, he has mentored many students well beyond the saxophone. His bandmates and collaborators include many major names in modern jazz and improvised music, including several recent MacArthur Fellows: pianist Vijay Iyer, drummer Dafnis Prieto, pianist Jason Moran and fellow alto saxophonist Miguel Zenón. He also runs the non-profit organization M-Base Ways, which provides resources for sharing musical ideas on and offline, and hearkens back to the musicians' collective which pioneered M-Base 30 years ago.

"Because Steve Coleman generates his own musical rules, he's had to school musicians in his organizing principles, and his band includes younger players open and smart enough to keep up with the concepts," Fresh Air critic Kevin Whitehead said in a review of Coleman's 2010 album Harvesting Semblances And Affinities. "He doesn't just make music that's brainy and funky. He also helps shape players who develop things still further on their own. That's really giving something back to the music."

Hear Steve Coleman and Five Elements live at the Newport Jazz Festival in 2011, and in this short documentary Field Recording.