Accessibility links
An Upset Either Way: Steve Lehman And Wadada Leo Smith Triumph : A Blog Supreme Could anyone have predicted the first and second place finishers in this year's NPR Music Jazz Critics Poll? The poll master certainly didn't — and he voted for both of them. 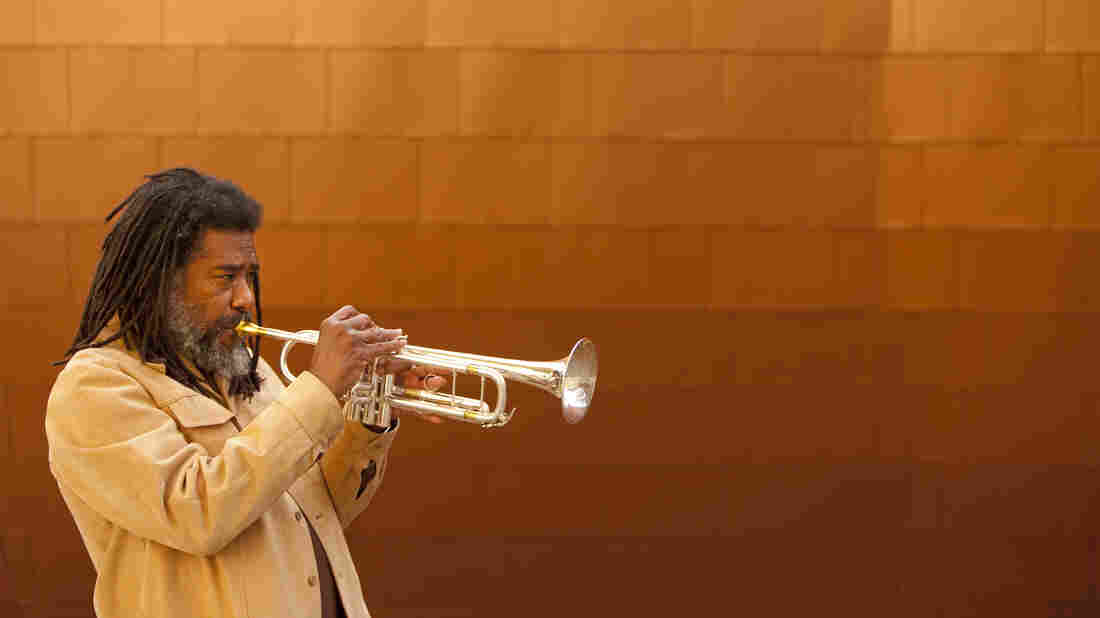 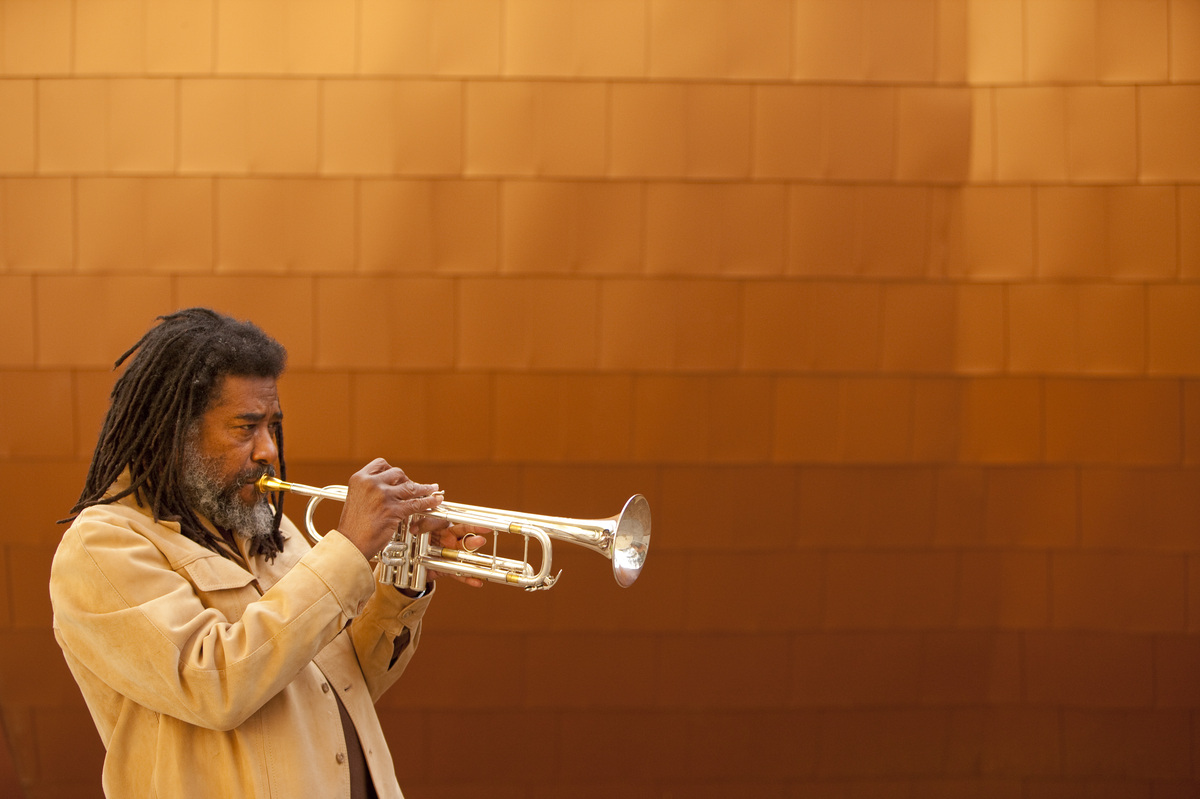 Scott Groller/Courtesy of the artist

Could anyone have predicted that Steve Lehman and Wadada Leo Smith would place first and second in this year's NPR Music Jazz Critics Poll, among a field including previous winners Sonny Rollins, Vijay Iyer and Jason Moran, plus 2011 runner-up (and favorite going in) Ambrose Akinmusire? Not me, and I even had Lehman and Smith on my ballot, along with Rollins and Akinmusire.

Let's not be naïve: The jazz mainstream is wherever the major labels say it is at any given moment (even when they say, as they do periodically, that jazz is strictly nowhere) and Lehman's Mise en Abîme and Smith's The Great Lakes Suite landed left-of-mainstream both musically and by provenance. They're each small-label releases, one of them (Great Lakes) from Finland, no less.

So both albums faced long odds. But even though it polled well enough to finish third, Akimusire's moody, ambitious the imagined savior is far easier to paint wasn't the sprinting quintet album many wanted from him, following When the Heart Emerges Glistening, his Blue Note debut from three years ago. Nor was Vijay Iyer's Mutations (#20), with its intricate chamber works, a hard-hitting trio album along the lines of Historicity (2009) and Accelerando (2012). (And the pianist's votes were almost evenly split between Mutations and 22nd place finisher Wiring, Iyer's collaboration with Trio 3, a collective featuring avant-elders Oliver Lake, Reggie Workman and Andrew Cyrille.)

Because it was a Volume 3, the problem with Rollins's Road Shows (#4) may have been knowing exactly what to expect — and anything was going to seem anticlimactic following Sonny and Ornette Coleman's clash of the titans on Volume 2. And All Rise, Moran's tribute to Fats Waller, was an attempt to gain street credibility for both of them by pandering to urban audiences — not the sort of album critics tend to endorse (even though enough of them did to win All Rise a place in the Top 10 anyway).

None of which is intended to suggest that Mise en Abîme and The Great Lakes Suites rose to the top by default. Either would have been a worthy winner (you can read my praise for both with the full results). But neither was an obvious winner. Neither was anywhere to be found in DownBeat's year-end Readers Poll, nor were Lehman and Smith recognized on their respective instruments. As the last few ballots came in, after the imagined savior had been mathematically eliminated and the lead kept shifting between Lehman and Smith in the closest Best Album vote in the poll's nine-year history, it was clear that this was going to end in an upset either way.

This might be as good a place as any to issue a proviso. Like all critical surveys of this sort, this one is based on the premise that while artistic accomplishment can't be quantified, informed opinion regarding the arts can be. In a way, the critics who participate in this poll are the ones up for appraisal, not the musicians or their albums. Only time will tell whether this year's results prove to be prescient or shortsighted. But I hope I don't sound self-congratulatory in saying that in fulfilling two of the most sacred obligations entrusted to critics — calling attention to rising talent, in Lehman's case, and honoring long under-appreciated veterans in the case of Smith and Best Vocal Album honoree Andy Bey — this year's winners included the poll itself.

A record 140 print, digital and broadcast journalists voted this year. Each year's poll presents its own talking points and statistical oddities. Here are some of this year's. 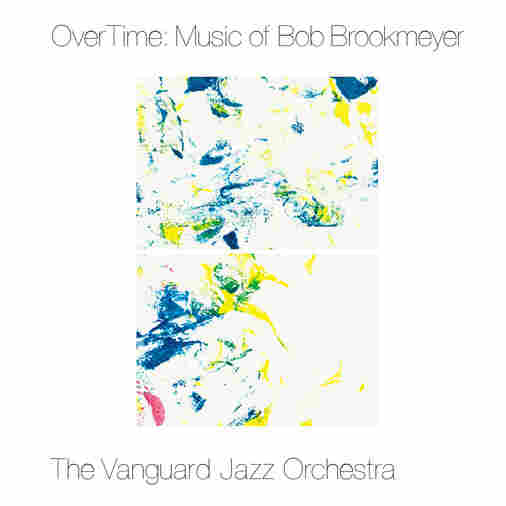 1. Vanguard Jazz Orchestra, OverTime: The Music of Bob Brookmeyer (Planet Arts). Some might be surprised to hear that Bob Brookmeyer's writing for orchestra rivaled that of Duke Ellington or Gil Evans for tonal depth and richness, because he wasn't really thought of as a composer/arranger at all before being appointed music director of Mel Lewis's Jazz Orchestra in 1980, by which point he was three decades into his career and already quite well-known as a valve trombonist. Brookmeyer remained active up to his death in 2011, days short of his 82nd birthday, and his posthumous influence has grown enormous, thanks to the work of disciples like Maria Schneider, Darcy James Argue, John Hollenbeck, Ryan Truesdell and Vanguard Jazz Orchestra pianist Jim McNeely.

The eight pieces here (including an arrangement of "Skylark" and a three-part suite of mini-concertos for trumpeter Scott Wendholt and saxophonists Dick Oatts and Rich Perry) show what excites fellow musicians about Brookmeyer's charts. Consecutive passages in the same piece might suggest in turn a dance band, a jazz band and a philharmonic tackling Messiaen or Varèse (especially on "Sad Song," the stunning, Buddist prayer-like closer, where some chords are so thick they thump percussively). It all adds up to unclassifiable modern music, and it's so good it's dizzying. Cheers, too, on a job well done for the VJO, in residence at the Village Vanguard on Monday nights going on 49 years now. Lewis and Thad Jones, the original co-leaders, are long gone, as are all of the charter members. But "newcomers" McNeely, Perry, Oatts and bass trombonist Doug Purviance all have 30-plus years under their belts, and the VJO remains the equal of the orchestras led by those aforementioned disciples of Brookmeyer.

2. David Virelles, Mbókò (ECM). In lesser hands, this compelling, downright otherwordly music based on Afro-Cuban male initiation rituals and adding the traditional Cuban four-drum biankomeko kit to a jazz quartet with two basses might have amounted to mere exotica. The reason it amounts to infinitely more might be the intellectual distance Virelles brings to it — not the same thing as emotional detachment by a long shot. The Cuban-born pianist, now living in New York, offers a musical synthesis we've not heard the likes of before, and how often does one get to say that anymore? (This was also my choice for Latin album.)

5. Dave Douglas & Uri Caine, Present Joys (Greenleaf). The trumpeter and the pianist are so tuned into each other from having played in each other's bands for so long that hearing them duet is always an exciting prospect. What makes this encounter all the more special is the unexpected harmonic sophistication with which they approach humble melodies from the Sacred Harp (i.e. shape note) songbook, together with a few Douglas originals in the same vein.

7. Allen Lowe, Mulatto Radio: Field Recordings 1-4 [or: A Jew at Large in the Minstrel Diaspora] (Constant Sorrow). Forgive the slipshod packaging and the inevitable overkill of 4 CDs and a bonus CD-R. Maine's resident jazz outsider just can't stop himself; he seemingly schedules a recording session every time he has an idea, which is often. Here, in his music as well as in his lengthy album notes, he addresses such recurring obsessions as racism and race, anti-intellectualism and pseudo-intellectualism, Jewishness and otherness, the true nature of bebop, a mostly one-sided feud with Wynton Marsalis over the historical value of minstrelsy (including the blackface kind), and whatever he happens to be reading or listening to a lot lately (from his liner notes, I'm guessing Zora Neale Hurston and Bud Powell). The music that comes out of all this is engagingly rustic and unselfconsciously eccentric, a dialogue of sorts between styles older than ragtime and others newer than free jazz. Among the diverse cast of characters coming and going are Matthew Shipp, Randy Sandke, JD Allen, Noah Preminger, Ursula Oppens, novelist Rick Moody, and the late Kalaparusha Maurice McIntyre. But the participant whose contributions stick most to the ribs is pianist Lewis Porter, better known as an historian and educator.

9. The Westerlies, Wish the Children Would Come on Home: The Music of Wayne Horvitz (Songlines). Composer and keyboardist Wayne Horvitz was a presence on the New York's genre-bending downtown avant-garde scene in the 1980s before settling in Seattle. The Westerlies are an improvising brass quartet (two trumpets, two trombones) originally from Seattle and now located in New York. Their Horvitz interpretations convey a sense of sky and soil (not to mention the occasional circus or parade) that immediately calls to mind Aaron Copland, Bill Frisell, late-1950s Jimmy Giuffre, and maybe Brian Blade's Landmarks and Charles Ives. It's proof, if any be needed, that the same music can be both folk-like and composerly, lovely and intellectually rigorous. (Also my choice as 2014's best debut album.)

10. James Brandon Lewis, Divine Travels (OKeh). Unabashed free jazz on a major-label subsidiary — will wonders never cease? Still in his twenties, Lewis is the real deal, a saxophonist whose Pentecostal fervor clearly comes from the church, not just listening to vintage Coltrane and Albert Ayler. Bassist William Parker and drummer Gerald Cleaver supply all the momentum and color a horn could ask for.