Accessibility links
Born To Be Blue: Chet Baker In 5 Songs : A Blog Supreme Baker's legacy may be debated, but his artistry shouldn't be. On the eve of a new biopic starring Ethan Hawke, here's an introduction to the trumpeter and vocalist.

Born To Be Blue: Chet Baker In 5 Songs

Born To Be Blue: Chet Baker In 5 Songs 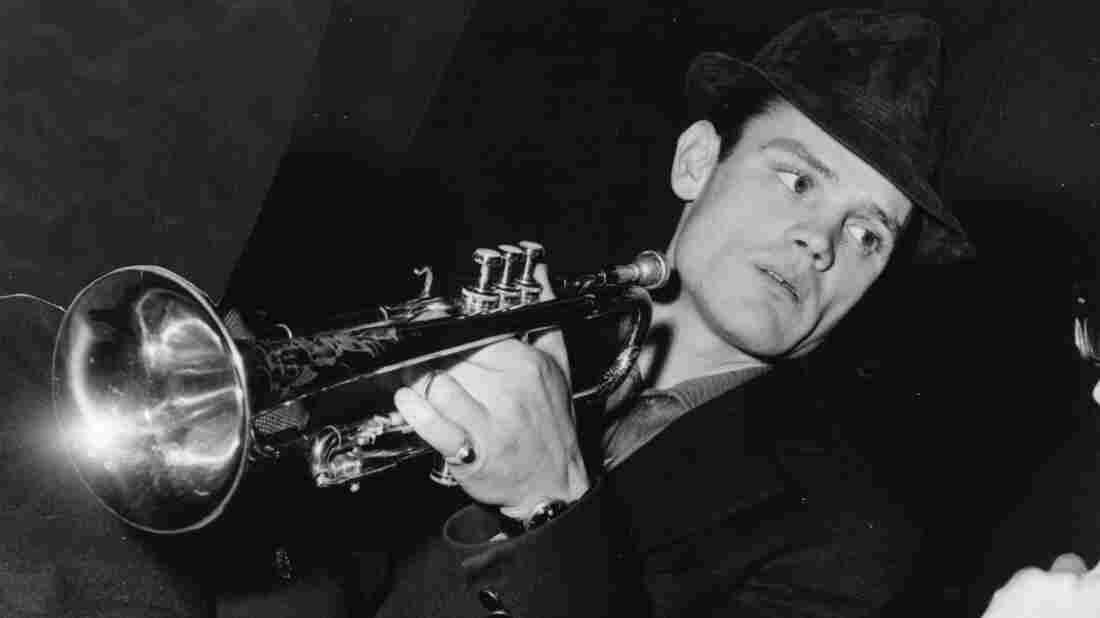 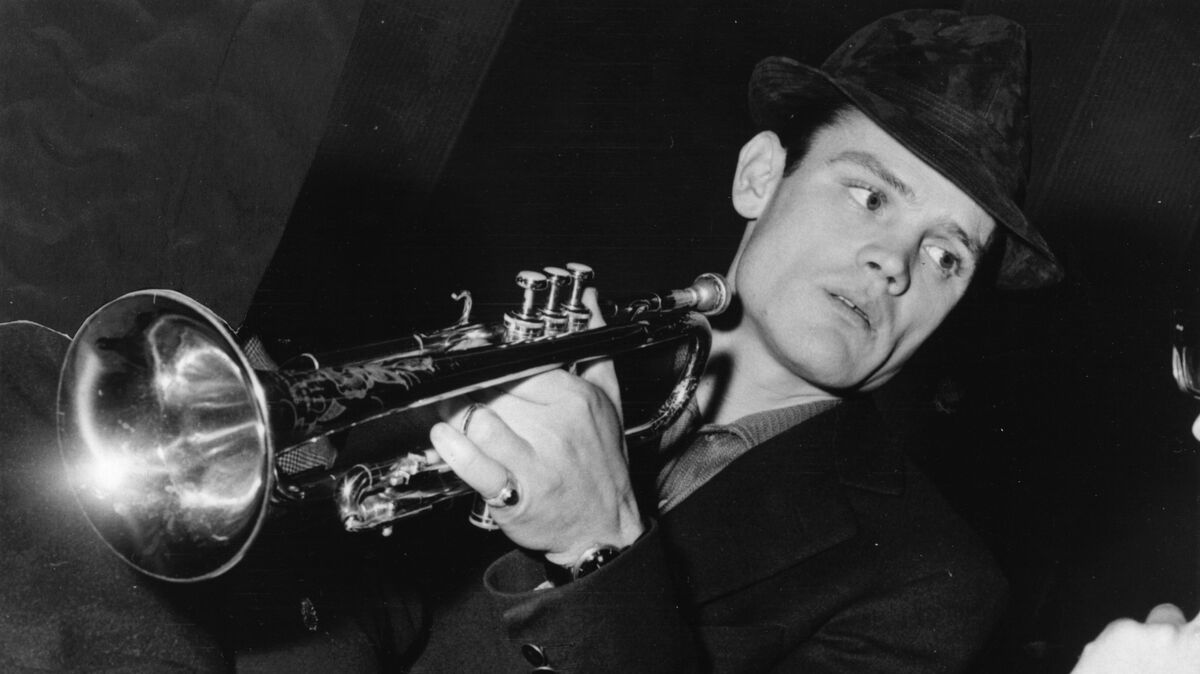 Chet Baker was a gifted trumpeter and jazz icon.

Since Chet Baker's death in 1988, the trumpeter and vocalist's legacy has been widely debated within the jazz world. Called the "Prince of Cool," Baker amassed significant career accomplishments that were too often overshadowed by the attention to his drug addiction. His drug problems were significant, but they don't dismiss his charismatic artistry and distinct phrasing.

Thankfully, the upcoming not-quite-biopic Born To Be Blue acts as an entry point for those looking to re-examine Chet Baker. In the film, which sees a limited theatrical release in the U.S. Friday, Baker is given commanding new life by actor Ethan Hawke and director Robert Budreau. Born To Be Blue takes artistic liberties with Baker's life story, but key details are there: his 1954 debut as a bandleader, his prison sentence in 1960s Italy, the mugging that destroyed his teeth and forced him to re-learn his instrument.

What does the film leave out? Chesney Henry "Chet" Baker Jr. was born in Yale, Okla., raised by a father who was a professional guitarist and a mother who was an amateur pianist. After high school, Baker would spend the next few years between Army jazz bands and formal musical education. He caught a significant break in 1952 when he joined bebop pioneer Charlie Parker for a string of West Coast dates, and reached a wider audience when he joined the piano-less quartet of baritone saxophonist Gerry Mulligan.

Baker made his official debut as a bandleader in 1953, after his time with Mulligan's quartet, and introduced himself as a vocalist in 1954. The spark of attraction that persisted throughout his career was twofold: the organic, conversational, fluid phrasing he employed as a trumpeter, and the cool attitude that pervaded both vocal and instrument. Listening to standards Baker recorded in the early '50s, you hear a man defiantly aloof, who almost rolls his eyes at the rosy romances constructed by Cole Porter, Lorenz Hart and other songwriters. But other recordings show the vulnerability concealed behind the mask of cool — the core of an emotional being that could quickly adapt the sound of his horn in whichever musical situation he found himself.

Here are five songs that exemplify the charms and chops of Chet Baker. 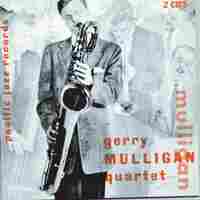 More than 600 artists have recorded Rodgers and Hart's "My Funny Valentine" since its 1937 debut in the musical Babes In Arms. But few are as closely entwined with the standard as Chet Baker. In fact, this version of "Valentine," which Baker performed as a member of Gerry Mulligan's first, "piano-less" quartet, was selected for preservation by the Library of Congress. An earlier recording of the tune launched Baker to a national stage and would be his calling card throughout his career.

This live version, recorded by the Mulligan Quartet in 1953, demonstrates what made Baker and Mulligan such formidable lead partners. The trumpet's melancholic, dirge-like soliloquy slowly transforms into a contrapuntal conversation with Mulligan's baritone sax. There's intense darkness in their take, but real beauty in the reflexive way each musician shapes the dialogue. The intense melancholia Baker brings to the piece provides a peek behind the veil of cool, as well as an early hint of the anguish that pervaded his life and artistry.

But Not For Me

Baker's performance of the Gershwins' "But Not For Me" on his first vocal LP presents the Prince of Cool at his coolest. His tenor vocal rarely wavers from the midrange notes on which he starts, nearly to the point of monotone. For most singers, this could reflect a lack of dynamic sense or control of range; for Baker, it only upped the nonchalant factor. His delivery projects attitude and makes him sound detached from the song rather than stumbling.

It also highlights the relationship between Baker's vocals and his horn. As his vocals develop, he picks up more of the plucky bounce created by the rhythm section. Throughout his career, Baker was noted for how his singing and playing would flow as reactions to the other musicians in the room. This performance shows how his voice and his trumpet reacted to and played off each other. 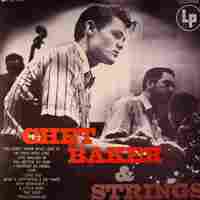 Since the Birth Of The Cool at the hands of Miles Davis and Gil Evans in the late '40s, cool jazz became inexorably linked to arrangements that aspired to the orchestral. The Chet Baker & Strings LP showcases Baker in such a lavish arrangement, one also common to crooners of the day. What Baker does well, especially in this performance of the Cole Porter gem "Why Shouldn't I," is strip away concerns of cool and hit straight at the heart of the song's rich melody. Baker's trumpet strolls at a casual pace, allowing itself to sink into the meld created by the strings, the rhythm section and Zoot Sims' airy tenor sax. There's real sensitivity in his playing here, both in his interaction with the strings and in the treatment of the melodic line. Unlike "But Not For Me," Baker doesn't try to detach in this performance — he digs into and embraces the song. 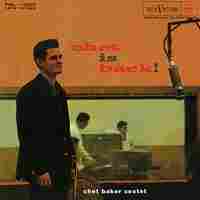 Baker scarcely wrote his own material. In fact, most of his output as a composer came from a period in the early '60s, after his brief stint in Italian prison for drug charges (the starting point of Budreau's film). "Chetty's Lullaby," the best-known of Baker's compositions, is his best, and suggests what kind of promise he'd held as composer and bandleader. Joined by a sextet, plus an orchestra led by Ennio Morricone, Baker re-emerges as more heartfelt and refined. His conversational trumpet phrasing evolves here: It's more welcoming and embracing. Improvements in recording technology help, but there's newfound confidence and ease in the sound of his horn. His vocals evolve, too: The detached monotone becomes a rich croon, with warmth you just sink into. Ironically, it's a return to the kind of orchestrated jazz made by Miles Davis and Gil Evans, but it's all Chet Baker.

Sometimes, an artist's greatest epitaph is written by another artist. Trent Reznor unwittingly wrote the perfect song for Johnny Cash with "Hurt." Elvis Costello did it for Chet Baker with "Almost Blue," which Baker would perform at live shows throughout the final years of his life. This version, recorded live in Tokyo a year before his death, captures Baker at his most vulnerable and honest. After a mugging in 1968 left his jaw reshaped, Baker re-taught himself the trumpet. He's more breathy at times, and the tone carries a certain richness. But when he opens his mouth, the true mood dawns. This is the voice of a 57-year-old who sounds like he's lived enough, and been hurt enough, to be 80. When Baker sings, "All the things that you promised with your eyes / I see in hers, too," you wonder how many nights he spent looking at himself in the mirror, wondering where the promise in his own eyes had gone.