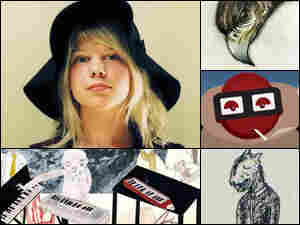 We're pretty excited about this year's South by Southwest music festival. NPR Music and All Songs Considered will be in Austin next week, blogging, broadcasting and webcasting nearly two dozen live concerts. You'll hear R.E.M., My Morning Jacket, Jens Lekman, Vampire Weekend and many more, all webcast live on NPR.org. On this edition of All Songs Considered host Bob Boilen chats with NPR Music blogger and Sleater-Kinney guitarist Carrie Brownstein, and music producer Stephen Thompson about the head-spinning number of bands they're most excited to see. Their chat is followed by an interview at the end of the show with Vampire Weekend's Ezra Koenig.

To Be Alive and Alone

This is Not a Test

The Shape Is In A Trance

Down to My Grave