Accessibility links
Silence, Please : All Songs Considered My five days at SXSW are over. I'm relieved to be writing this entry from my home in Portland, with the dogs beside me, looking out on a cloudy day.

My five days at SXSW are over. I'm relieved to be writing this entry from my home in Portland, with the dogs beside me, looking out on a cloudy day.

I left for the Austin-Bergstrom airport this morning at 5 am, an hour that became my normal bedtime at SXSW. After seeing anywhere from six to ten bands a day, it was nearly impossible to immediately fall asleep. I wasn't coherent enough to write, but the various sounds and images from the day formed a mental static that took a few hours to dissipate

In the end, here's what left an impression, music or otherwise:

Lack of ear plugs--When you are given a SXSW tote bag containing 5 pounds of leaflets, worthless promo CDs, 6 packs of gum, and playing cards--it would have been thoughtful to throw in a pair of ear plugs. I'm sure some label would have paid to have their name on the small carrying case. Certainly, the onus is on us to get our own, but it seemed a strange oversight. (And earplugs are more useful than the action figure we received depicting a soldier playing guitar, a recruitment tool by the US Army).

D.I.Y--Everyone from Vampire Weekend to Thurston Moore were lugging around their own equipment. In the case of the latter, Moore didn't bring his own sound guy or guitar tech (both which are pro forma, along with a dozen other crew members, on a Sonic Youth tour). The more casual approach to performance added an intimacy and spontaneity to Thurston's band's performance at the Garden Party, an event that took place on the beautiful grounds of the French Legation Museum. The stripped down versions of certain performers also drew a line in the sand between bands/artists that really know how to play, rising above technical maladies and malfunctions, and the bands that can't pull off what they do without a bit of spectacle.

Blogger Cage--An actual space but also a state of mind. There were two of these at the Paste/Stereogum party. I'm almost certain that during every other week of the year these cages host dancers, which made it even more bizarre to see goatee-sporting men wearing band t-shirts furiously typing away while we looked on. Sadly, no one tipped any money.

Inspiration--With so much to see, I found that I needed at least one moment a day that reminded me why I love music. It didn't have to be a mind-blowing performance (though sometimes it was: Bon Iver's set at the Parish, My Morning Jacket doing eight new songs). Sometimes it was merely seeing J. Mascis' silver hair or X looking gleeful to get me through the long days. Even my friend recounting that he stumbled into a half-filled room only to realize he was watching Mick Jones' new band, Carbon/Silicon, and how happy Jones looked despite the poor turnout, was enough to make me glad to be in Austin. There were a lot of bands at SXSW existing outside the glare of the press, the sun, the stares, who were still doing it because something inside of them has to play music.

I saw enough bands at SXSW to last me an entire year. I think I'll listen to classical music all week and finish reading the book I thought I would read in Austin. Who was I kidding? 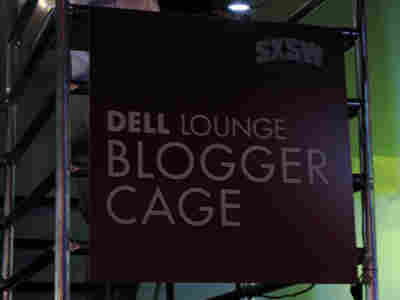