Accessibility links
Top 5 iPhone Music Applications : All Songs Considered I wasn't going to say anything because I didn't want anyone to think I was an iHole (see Carrie Brownstein's blog post), but a couple weeks ago, when Apple r

I wasn't going to say anything because I didn't want anyone to think I was an iHole (see Carrie Brownstein's blog post), but a couple weeks ago, when Apple released the new iPhone G3, I joined all the other fools who stood in line for several hours, waiting to buy one. It was so worth it.

The coolest thing about the iPhone isn't the Web or the email, or the fact it's also an iPod. It's all the programs and applications it'll run.

I assumed that most of the programs would be boring, work-oriented apps, like a day planner or some sort of "organizer." There are those, of course, as well as plenty of games. (I recommend Texas Hold'Em.) But the real mind-blowers are the music applications, available in the iTunes Store. At the risk of sounding like a shameless shill for Apple (I can't reprint what my editor called my endorsement), here are my Top 5 favorites:

1. Beatmaker: Beatmaker turns the iPhone into a Digital Audio Workstation. In other words, it lets you load audio clips into the iPhone and mix them together to make your own music. It's got a drum machine and lots of samples pre-loaded. You can loop effects. Watch this video to see it in action. 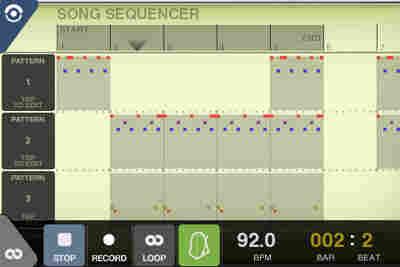 2. Band: This is a collection of virtual instruments: a couple of drum kits, a keyboard, bass, electric guitar. There's even an audience to give your music some applause. Apps like this one and the others listed here are possible because of the iPhone's incredibly elegant, touch-sensitive screen. Tap the keys on the screen to play piano, or the drum pads to lay down a beat. I've read that some people are recording entire songs using only the iPhone.

3. Pandora: Billed as "a new kind of radio," Pandora sends you a steady stream of music based on your own tastes. Tell it you like the music of Sparklehorse and it'll play songs by similar bands. Hit the "info" key and it'll even give you a short explanation for why it picked a song. For example: "We're playing this song because it features basic rock song structures, extensive vamping, major key tonality, electric rhythm guitars and many other similarities identified in the Music Genome Project." You can rate the song with a thumbs up or down, which allows Pandora to better determine your tastes.

4. Guitar ToolKit: This is a set of essential tools for any guitarist. It's got a tuner (it uses the iPhone's built-in mic to listen and tell you whether you're in tune), a chord finder (scroll through more than 260 chord diagrams), a metronome, and "tuning tones," a set of harmonic tones to tune your guitar if you play by ear. 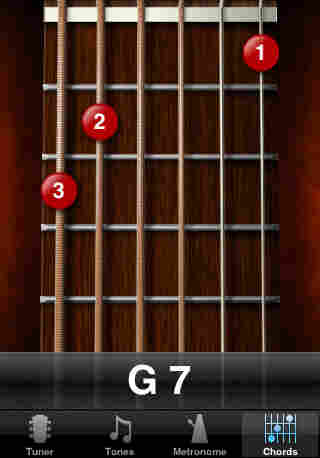 5. Shazam: Ever hear a song somewhere and wonder what it is? Hold your phone up to the song in question: Shazam listens and tells you what it is. Once it knows, Shazam lets you tag the song as a favorite, gives you a link to buy it from iTunes, and, if available, provides links to YouTube videos of the track. In my test, Shazam got nearly every song I played right. The only one it couldn't figure out was an atonal ambient piece by Sigur Ros. In the words of Gomer Pyle, "Shazam!" (That's right. I went there.) 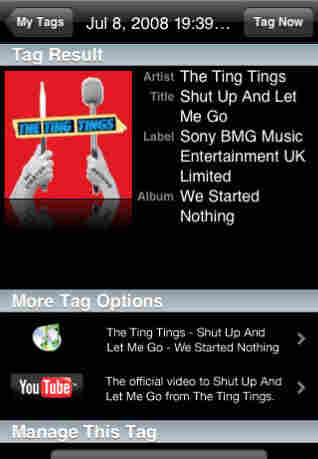 When you're all done making music, finish it off with this tasty virtual beer: 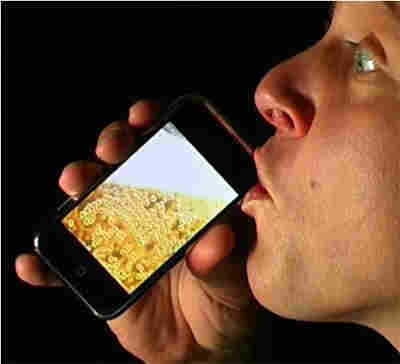 Do you have an iPhone? Have you made any music with it?

Is there an application or program you'd like to have on the iPhone for NPR Music?