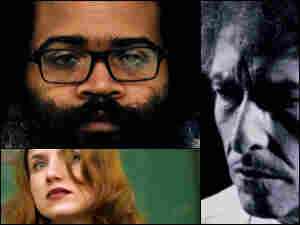 All Songs Considered host Bob Boilen looks at some of the most anticipated CDs due out this fall, with reviewers Tom Moon, Will Hermes, and Meredith Ochs. Hear a sneak preview of TV On the Radio's spectacular new album, Dear Science, plus the latest and reportedly final CD from The Streets, a sultry new record from Lucinda Williams, more bootleg recordings from Bob Dylan, the comically cool Eagles of Death Metal, stunning harmonies from Blitzen Trapper, neo-folk chanteuse Jolie Holland, Brazilian singer Milton Nascimento, and the third installment in the Congotronics series, from the Kasai Allstars.

TV on the Radio

Heaven For the Weather

How Can A Man With So Many Friends Feel So Alone