Remember to vote for the best CDs of 2008 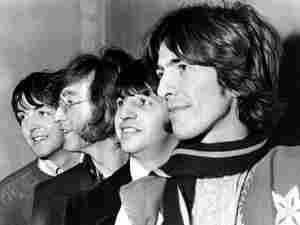 When The White Album was released 40 years ago this month, fans were both baffled and awe struck by its sprawling world of sound. It was released as a double LP (almost unheard of at the time) and featured instant classics like "I Will," "While My Guitar Gently Weeps," and "Blackbird." But The White Album (its real name is simply The Beatles) was also filled with songs many found hard to digest, like the eight-minute, experimental sound collage "Revolution 9" or the inexplicably surreal "Wild Honey Pie." On this edition of All Songs Considered host Bob Boilen talks with Bruce Spizer, author of The Beatles On Apple Records, about the groundbreaking White Album and how it came to be.

More From The Beatles:

The Beatles In America