Live June 30th until 9:00PM EST
(we may loose audio from time to time)

Listen to Live Audio from the Apollo Theater

The Apollo Theater in Harlem has opened its doors today to the fans that have been gathering outside it since Thursday night. The theater, where Michael Jackson won Amateur Night in 1967 with the Jackson 5, has become an unofficial memorial to him. Today's tribute, which runs until 9 p.m. ET will include eulogies delivered by the Rev. Al Sharpton and others, as well as music videos and DJ sets. 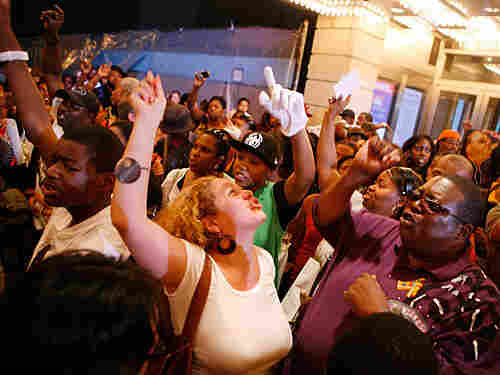