The Arcade Fire's new album The Suburbs will be released on August 2nd in the U.S.

The band released new information on their website at 3am.

You can preorder the new record and get a bonus 12' single at the bands web site.

Join us today from 12:00-12:30 ET, and listen to two new songs from The Suburbs and a live audio interview with Win and Will Butler.

We'll play two songs from that new album, "Month of May" and the title track, "The Suburbs." We want to hear your reaction in our chat room. We're also looking for questions surrounding Arcade Fire's upcoming summer release. 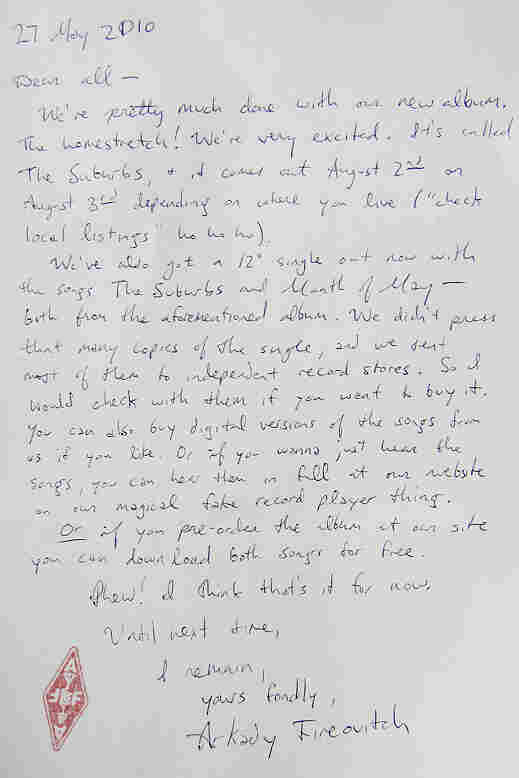 You can hear some of "Month of May" Thursday on NPR's Morning Edition.