If you listen to the new Josh Ritter CD So Runs the World Away, You'll hear a wonderful waltz called "The Curse." And if you listen carefully to the words, you'll hear a love story. It's the love between an archeologist and her mummy.

A film by drummer Liam Hurley.

Josh Ritters drummer, Liam Hurley created this magical video for "The Curse," along with being a drummer Hurley is also a puppeteer 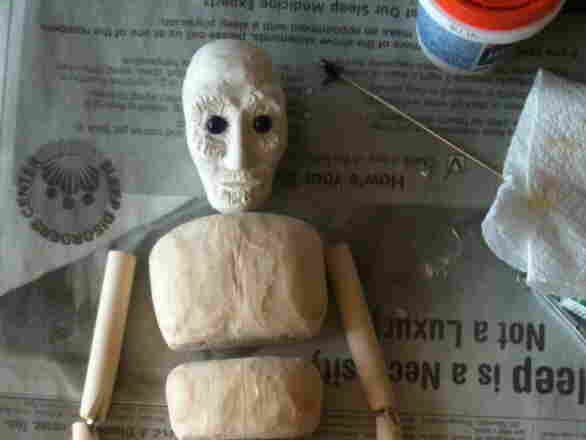 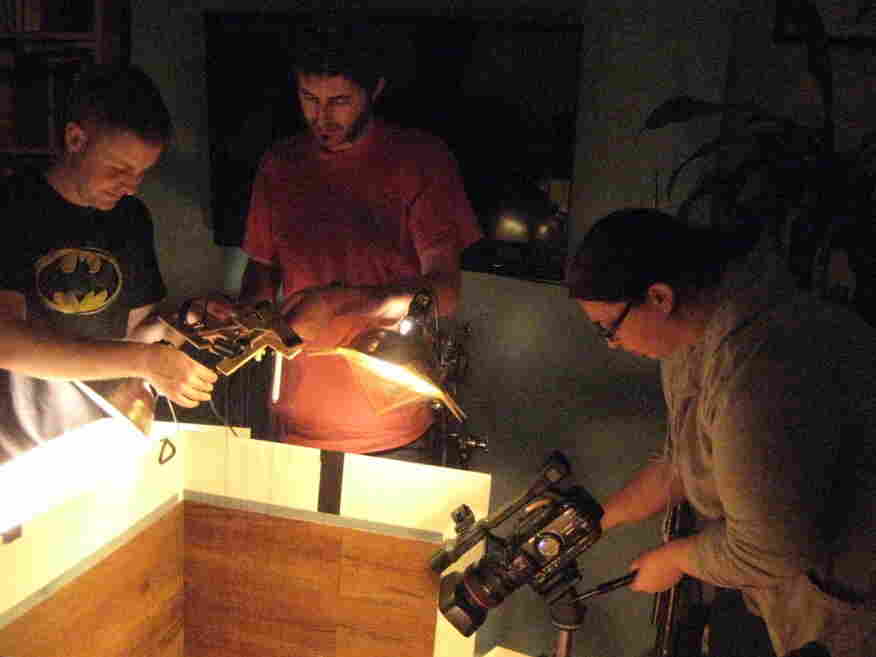 We asked Hurley to tell us about how he came to make his film. Here's what he wrote.

By the way, you can hear an interview with Josh Ritter on Morning Edition.

Josh Ritter is a masterful lyricist, and deserves puppeteering creditfor his ability to manipulate a story line. After completing his latest album, So Runs The World Away, we strategized about ways in which we could debut some of the songs in a homegrown, unconventional format.

Prior to my duties behind the drum kit with Josh, I worked for several years as a marionette puppeteer, and this video seemed like a perfect blending of these two art forms. I began design and puppet construction in January 2010, while working at Yale Repertory Theater on a play called "Compulsion," which aptly described the next 3 months of my life. The puppets themselves stand roughly 16" high, and are comprised of wooden bodies and limbs, foam abdomens, Sculpee heads and hands, and umbrella struts for joints. Inspired by working with puppet designers such as Addis Williams, Matt Acheson, and Erik Sanko, as well as the miniature work of Nick Park, Wes Anderson, and the Quay Brothers, the construction was arduous but very focused.

The design aspect was simplified by the clarity of Josh Ritter's imagery, but the amount of work involved in actually building an entire miniature world was staggering. After scouring Home Depot, Joann's Fabrics, and the creepier corners of "Doll Furniture" on Ebay, set construction was completed in mid April, just as filming began (in true theater fashion, some of the paint was still drying while on camera!). Aided and abetted by my good friend and great videographer Marie Le Claire, as well as my earliest mentor in all things puppet related, Kevin White, we shot nearly 5 hours of hi-def footage over 3 days at my Brooklyn apartment, and another 3 days were spent editing.

Like a lot of artwork I have been involved in, I wish I could have spent 3 years tinkering with the final product, but the album release and subsequent touring beckoned, and deadlines are a very necessary evil. I'm very proud of what we accomplished in a such a relatively short time, and I sincerely hope you enjoy it!