Accessibility links
Second Stage: MiniBoone : All Songs Considered The Brooklyn based rock band, MiniBoone, has an uninhibited love for fun and fast music. Their EP Big Changes is joyous power-pop with unpredictable twists and turns. You might want to strap yourself in.

Listen to 'Devil In Your Eyes' by MiniBoone

Listen to 'Devil In Your Eyes' by MiniBoone 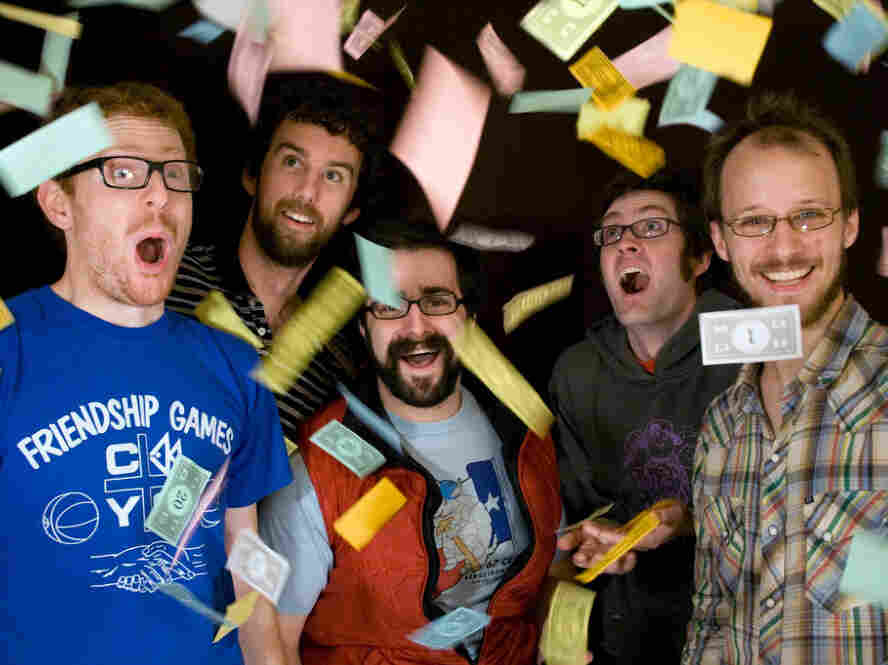 The Brooklyn-based rock band, MiniBoone, has an uninhibited love for loud and fast music. The group's EP, Big Changes, is joyous power-pop with unpredictable twists and turns.

There are traces of the Talking Heads in MiniBoone's wailing lead vocals and endearing “sha-la-la” backups. With guitar feedback, jerky rhythms and catchy hooks, these songs can get stuck in your head for days on end.

The studio session for Big Changes sounds like it was fueled by an endless supply of energy drinks.  MiniBoone recreates that frenzied feeling with every gig. The band's members dance recklessly on and around the stage, tripping over wires and crashing into each other as they pummel the microphones.  Despite MiniBoone's wacky performances however, it takes serious skill to rock like they do.

Submit your music for possible inclusion on Second Stage or All Songs Considered.