Remembering Ari Up Of The Slits

Remembering Ari Up Of The Slits 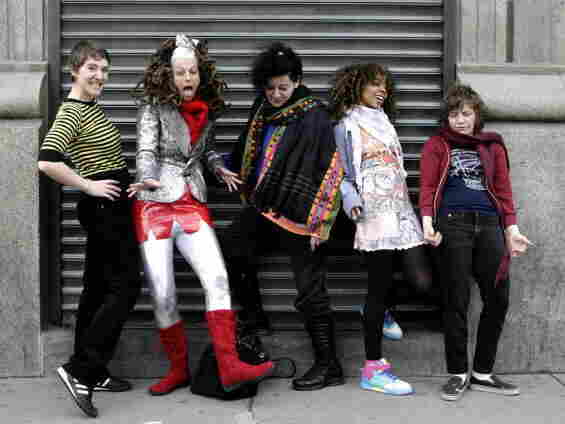 Do you ever just feel like you're tired of people dying? Your friends die and your heroes die and it's just a sh** reminder that one day we're all going to die. Last night we learned that Arianna Forster, a.k.a Ari Up from The Slits, has passed away after a serious illness. She was only 48 years old. The Slits! THE SLITS!

The Slits were a life-changing band that made life-changing music. What does life-changing mean? It means someone puts a song on a mix tape or throws a record on and you stop dead in your tracks because now, whatever path you were on no longer exists. In that moment, you think of histrionic and cliche things such as "from this day forward" and "from here on out," and you hope to God you have the conviction to follow through with all the things this music has inspired you to do. And, hey, you don't always do them, or all of them, but the fact that some song like "Typical Girls" -- with it's swirling punch punch punch of a melody -- makes you think that you're capable and bold and a little on fire, well isn't that what music is for?

Not once did a Slits song cease to amaze me, not after repeat listens, literally hundreds of listens. Not once did they fail to excite or inspire me, to make me a worshipper of rhythm, chaos and of attitude. The Slits were giants and they only grew bigger and more potent over the years. Their album Cut -- on which the band is pictured topless and caked in mud -- is nothing short of a pinnacle. I don't think I'm exaggerating when I say that Cut sat there in the record collections -- of both musicians and fans - -as the dynamic, the sound and the uniqueness for which to strive.

But the Slits and Ari Up were and are inimitable -- a singular and spectacular force. That's why I'm so shocked and saddened that Ari Up is gone, it creates a glaring hole in a sonic legacy short on pioneers. Damn. So tough.