Accessibility links
Video: The Making Of 'Band On The Run' : All Songs Considered Paul McCartney was looking for adventure when he made this record. So he recorded it in Nigeria, without a lot of his usual bandmates, in a shoddy studio. Bob Boilen gives a remastered version of the album a spin.

Video: The Making Of 'Band On The Run'

Video: The Making Of 'Band On The Run'

What a thrill it is to hear this record again. 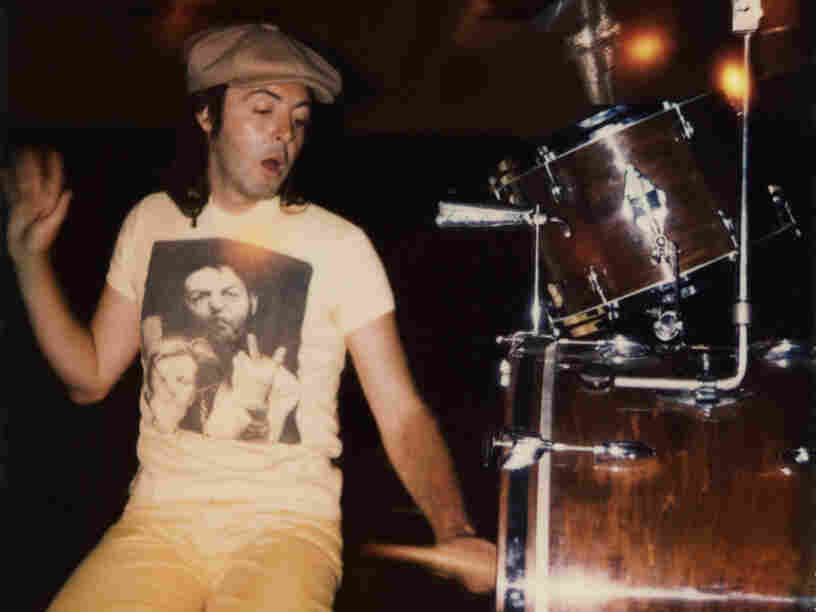 Band on the Run came out 37 years ago. It was the third album Paul McCartney made under the name Wings.  I think it's the best, and I'm not alone. I'm listening to the remastered version, which comes out Nov. 2. There's a version with bonus tracks and a DVD of music videos, film footage of recording sessions and so much more.

For Band on the Run, McCartney was looking for a bit of adventure when he made this record. So he booked a studio in Lagos, Nigeria.  Some of his bandmates decided not to join him, the studio wasn't up to his expectations, and yet he soldiered on.

Below is a mini-documentary on the making of Band on the Run, filled with footage from the recording sessions and Paul and Linda McCartney's travels in Lagos.

Band On The Run

Are you a Band on the Run fan?