Accessibility links
Tunes That Terrify : All Songs Considered In the spirit of Halloween, we've thrown together a list of songs that scare the bejeebies out of us.  Hear a mix of terrifying tunes by Black Sabbath, Throbbing Gristle, Nine Inch Nails and, oh yeah, Sufjan Stevens. 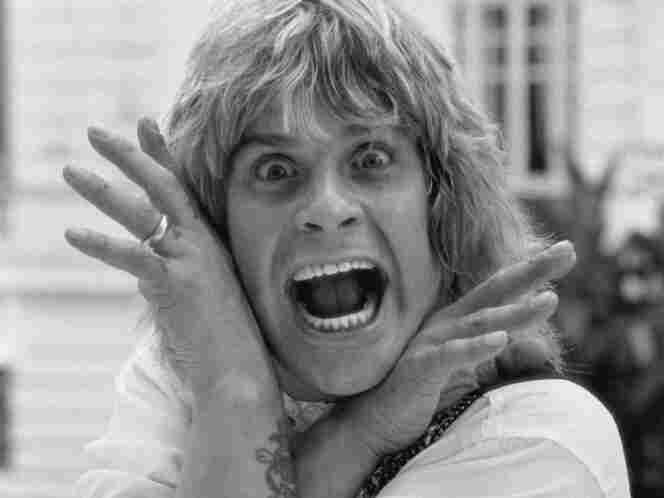 Ozzy Osbourne has long told the story of how his former band Black Sabbath came to be.  The abbreviated version goes something like this:  In the late '60s, he and his friends were in a group called Earth, but decided to change its name after discovering that there was also an English band called Earth.  While searching for a new identity, someone in the group noted how odd it was that people paid money to see scary movies. (Some accounts say it was bassist Geezer Butler who made the observation, while others say it was Ozzy.) Regardless, they wondered whether the band would be more popular if it made scary music.  Inspired by the new direction, they changed the group's name to Black Sabbath, and the rest is history.  The group has forever since been linked to the occult, Satanism and black magic, even though Osbourne once told Rolling Stone magazine that they "couldn't conjure a fart."

In the spirit of Halloween, we've thrown together a list of songs that scare the bejeebies out of us.  Let us know which ones terrify you in the comments section below.