Accessibility links
Stephin Merritt's New, Magnetic and Polarizing Documentary : All Songs Considered Bob Boilen reviews the new documentary about Merritt, Strange Powers. He says the film will make longtime fans love the artist even more, while others new to his music may be left scratching their heads. 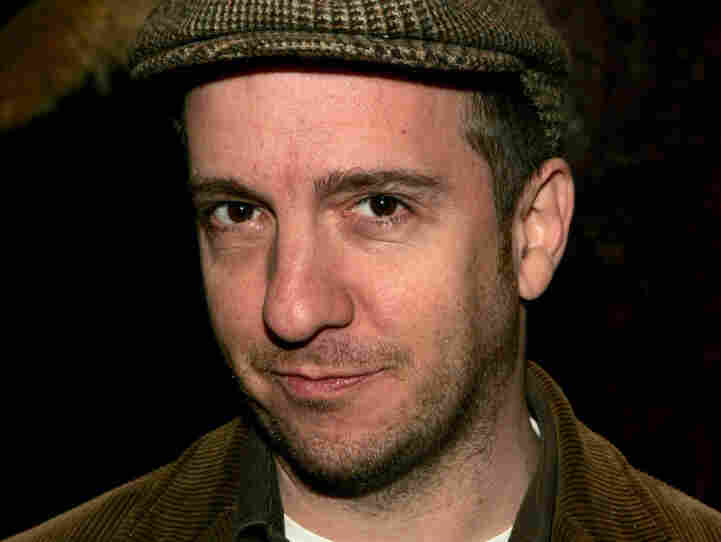 In the trailer to a new documentary about Stephin Merrit, the singer gets into a New York City cab, followed by a film crew, and has the following exchange:

Cabbie "So whata they makin' a documentary on you for?"

Cabbie: "Nevah heard of you."

And that pretty much sums up 20 years of Stephin Merritt's remarkable work with Magnetic Fields, Gothic Archies, soundtracks and showtunes.

Stephin Merritt is a lot of things.  He's grumpy but funny, acerbic and playful.  He's not a household name, but he's a joy to listen to.

The new documentary about Merritt is called Strange Powers: Stephin Merritt and the Magnetic Fields. I watched it over the weekend, and at times I felt like I was on the couch in his living room/recording studio, watching his records unfold. I could see the care and attention he brought to his music, but also the carefree and whimsical nature he has, particularly with his longtime friend, bandmate, and manager Claudia Gonson.

The film by Kerthy Fix and Gail O'Hara is lovely and droll, much like it's subject.

I enjoyed the film, but then again I like Merritt.  It got me wondering, what what would the cabbie think?