Accessibility links
Skinny Jeans and Rock Fashion : All Songs Considered We all know that styles change quickly, and music culture has a lot to do with dictating what is cool -- especially in the world of fashion. So what trend today will we be embarrassed about in 20 years? 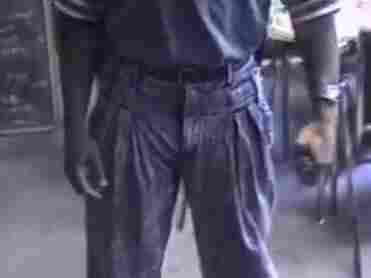 Recently, All Songs Considered host Bob Boilen showed the NPR interns a film he made in 1989, titled The Chairs of NPR. It features not only a multitude of the sitting apparatuses that the name suggests, but also NPR staff members. Though the film was enjoyable on several levels, the one thing I just couldn't shake was the image of an employee wearing pleated, tapered acid-washed jeans pulled up to his waist, complete with a tucked-in shirt and belt.  Styles change, so I can't fault the guy for what now seems ridiculous.  But it got me wondering what will become of today's trends.

Fashion and music are inextricably connected.  In the '90s, an oversized flannel shirt with torn jeans meant you listened to Nirvana. Black pants with legs so big you could fit your whole body into them, along with blue lipstick, meant you listened to Marilyn Manson. Mohawks, unnatural hair colors, and studded belts were the standard uniform for punk. Faded, sensible jeans, boots, large belt buckles and button-down shirts go with country.

But what about now?  What are the pleated, acid-washed jeans of today?

The answer - the disastrous equivalent - must be the skinny jeans. 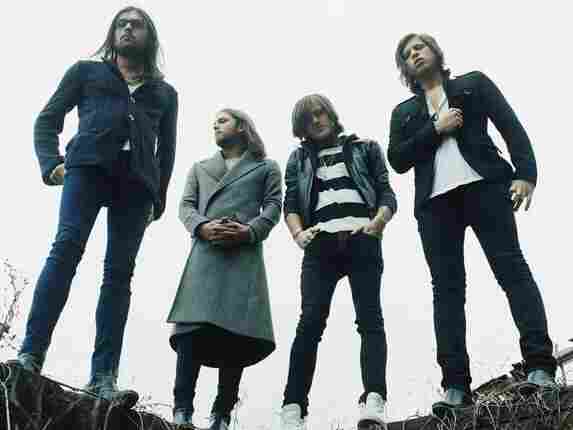 The skinny jean is flattering on almost no one, including skinny people. Women with thighs that touch, or hips, are not helped in any way by the skinny cut. Men, whose legs typically have less shape than a woman's, have nothing to gain from the tight pants, either.  Granted, there are a very select few people with the right style, attitude, and body type to make super skinny jeans work.  But for most people, skinny jeans are a fashion train wreck.

As if this weren't enough, the coolest of the cool hipsters out there are now turning to the tightest jeans possible:  the jegging.

For those of you who don't know, the jegging is a pair of leggings made to look like jeans. Therefore, a person is able to wear the "jeans" even tighter than would normally be possible.

Whether or not you're a fan of the cut, do you think that the skinny jean will be one of those trends -- along with oversized sunglasses, fanny packs, and T-shirts from high schools you didn't go to --  we'll look back at in 20 years and wonder, "What on earth were we thinking?"