Accessibility links
Tweedy vs. Bird: What Do You Want From A Concert? : All Songs Considered What do you want most from a concert, old favorites or unheard music? A look at two recent solo performances by Jeff Tweedy and Andrew Bird.

Tweedy vs. Bird: What Do You Want From A Concert?

Tweedy vs. Bird: What Do You Want From A Concert? 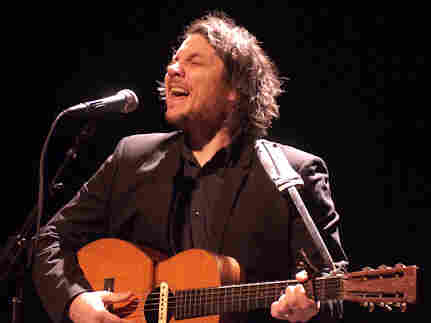 I've gone to a live concert every night this week. Tuesday, I saw Jeff Tweedy, and then on Wednesday, I saw Andrew Bird. The two couldn't have been more different.

Tweedy's show at Washington, D.C.'s Lincoln Theatre was a crowd-pleaser. He sang a lot of songs we all knew, dug deep into the Wilco songbook, included a few Woody Guthrie tunes and even sang an Uncle Tupelo song. 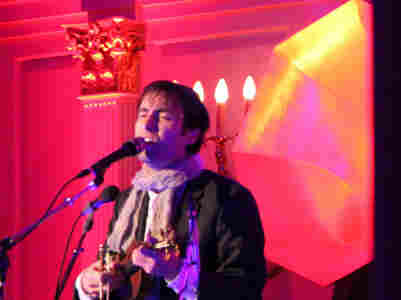 Bird didn't bring a songbook of any kind to D.C.'s historic 6th and I Synagogue. He told the audience his show was "Gezelligheid," a Dutch term for "cozy."  Bird played a few pieces that were familiar, but then he mostly tried out new song ideas, in real time, looping violin parts with rhythms, textures, melodies and more.  Sometimes he picked up the guitar to play along to his looped violin lines, or play the glockenspiel with one hand.  Sometimes the ideas worked; sometimes they didn't, and he'd abruptly abandon them. Someone described it as watching an alchemist.

So, forgetting whether you like Andrew Bird more than Jeff Tweedy or visa versa: Which show would you prefer: your favorite artist doing old favorites, or going out on a limb to try new ideas?