The following piece, "Captain's Orders," is an excerpt from the Mitch Myers book, The Boy Who Cried Freebird: Rock & Roll Fables and Sonic Storytelling. 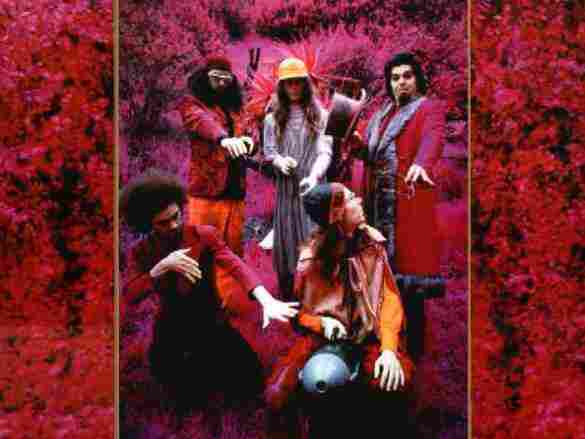 The rock critic sat in the dining room of his apartment surrounded by stacks of paper, CDs, albums and other artifacts of popular music culture. While there were unopened packages all over his makeshift workspace, the critic's attention was focused on several particular parcels sitting on his desk. It had taken the critic countless phone calls in order to get all of the Captain Beefheart recordings, but now he finally had them. Besides having plead with his editor for an assignment, he also had to speak with folks at different record companies, several independent promotion people, and even a few publicists' assistants before finally receiving these obscure collections.

Of course, he'd been listening to Captain Beefheart bootlegs, imports and vinyl for weeks before this occurred, but he was nonetheless thrilled to have so much fresh Beefheart booty in his possession. The critic had just settled down with the first disc of the 5-CD retrospective, Grow Fins, when his lovely wife returned home after a long hard day at the office. "Hi Honey!" he yelled while Captain Beefheart (AKA Don Van Vliet) wailed through the speakers.

The critic's wife walked straight into the dining room and glared at him. "What's wrong?" the critic asked innocently. "Your boss giving you a hard time again?"

"You know damn well what's wrong," the critic's wife answered sharply. "We've talked about this a million times. You know I support what you do for a living. You know that I understand how music is your life and your record collection is a vast resource that helps you with your job no matter how cluttered it makes the apartment. Hell, I even learned to appreciate jazz when you were doing that big article on John Coltrane, but this is too much. I can't stand Captain Beefheart and will not be forced to listen to him in my own home."

"But Honey!" the rock critic pleaded. "Don't 'But Honey!' me you bastard!" the critic's wife screamed. "I've heard your whole spiel about how Beefheart is one of the true original musicians to emerge in the post-Elvis age. I know that you passionately believe the man was a psychedelic rock bard whose unique grasp of blues, boogie, dadaist poetry, avant-garde jazz and arcane field hollers informed an incredibly distinctive sonic identity both on-stage and in the studio. I've heard all about the harmonica hoedowns, the distended guitar solo, Beefheart's relationship with Frank Zappa, the obtuse blues mutterings, and all of the Magic Band's poly-rhythmic group encounters. I know that you think the Beefheart universe is a consistently strange and beautiful place that captures the spirit and alchemy of an essential American artist. I don't care anymore and I won't have it. It's Beefheart or me, now make your decision once and for all!"

The critic stared at his wife for a very long time.  Finally, he whispered, "Can we at least wait until this song is over? It's one of my favorites."