Accessibility links
The Best Cassettes Of 2010 : All Songs Considered The cassette is the only audio format that at least tries to force you to listen to an album the whole way through. From an ambient Michael Jackson tribute to a rehearsal tape from a black metal band, Lars Gotrich picks 11 of 2010's best cassettes. 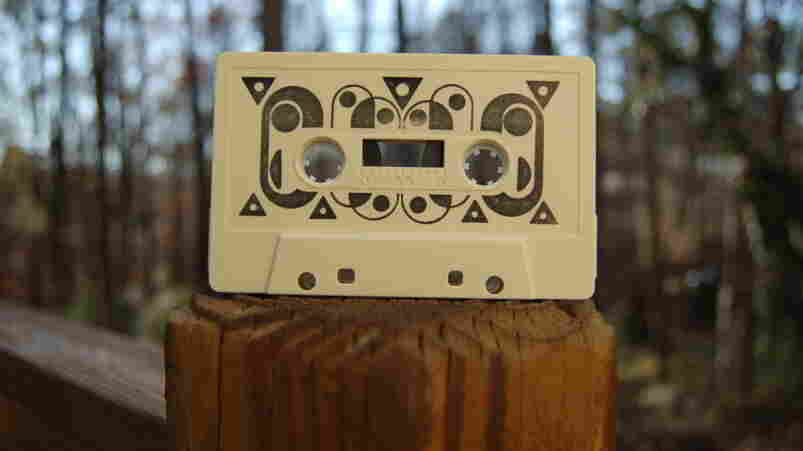 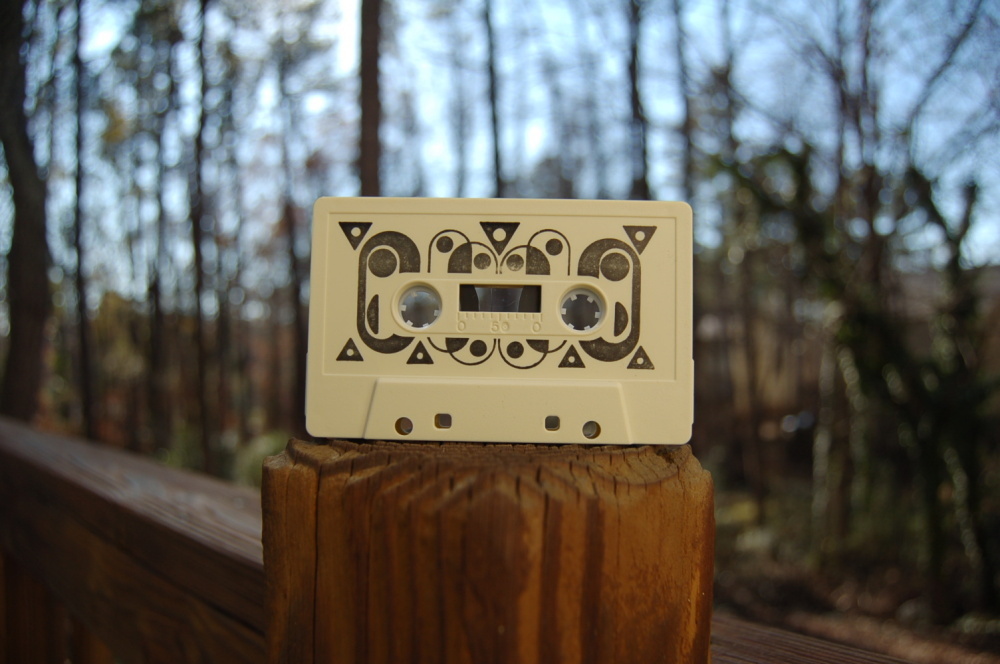 From the moment I bought my Farmor's station wagon seven years ago (that's Swedish for "father's mother"), I've collected cassettes. I had no money to install a CD player at the time, so childhood tapes, cheap thrift-store hunts and cassette-friendly bands became an obsession to feed my car's cassette deck. In recent years, the once-thought-dead format has been welcoming to more than just the underground noise musicians who traded tapes over message boards. Black metal bands never quit dubbing, but quite a few tape-only drone and ambient labels have popped up, not only taking advantage of the relatively inexpensive format, but also embracing its naturally decaying sound.

Cassettes are also the only audio format that at least try to force you to listen to an album the whole way through. With MP3s, you can go from Robyn to Slayer in seconds, if you please. CDs can be skipped and so can vinyl, if you can bother to lift the needle. But cassettes are infuriating to fast-forward or rewind, thus forcing an uninterrupted experience — which is the perfect way to listen, in my opinion.

Because I just couldn't stop at 10, here are the 11 best cassettes I heard in 2010. These are often limited-edition releases, so if a cassette is sold out from the label, here are a few mail-order options that regularly stock tapes: Mimaroglu Music Sales, Discriminate Music, Tomentosa Records and Hanson Records. Also, you may want to bookmark Animal Psi, which lists new cassette releases almost daily.

We all grieved over Michael Jackson's death in our own ways, some more extravagantly than others. But the tribute that's touched me most is Matt Sullivan (Earn, Ekhein label guy) and Alex Twomey's (Mirror to Mirror, Jugular Forest label guy) dreamy synth/guitar-gaze duo, named for MJ's life dates: 1958-2009. The duo catches a sparkle off MJ's glove and stretches it to the infinite. I, II, III and Live are all out of print (some label would do well to reissue these on wax), but Matt Sullivan tells me Amethyst Sunset will release new 1958-2009 material on vinyl in 2011.

II is sold out from Ekhein. Check out the mail-order sites listed above. 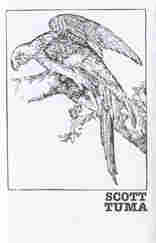 Souled American guitarist Scott Tuma has distanced himself more and more from the acoustic guitar in recent years, without ever fully abandoning it. He's always rooted out unheard-of melodies and textures, but Peeper / Love Songs Loud & Lonely takes it one step further. After a soft, tape-hissed-out Side A of Tuma's inimitably gorgeous pacing, Side B is a blown-out shock, sounding like a sound-collaged cast-off from The Shining's soundtrack (and not because it wasn't scary enough).

Peeper / Love Songs Loud & Lonely is sold out from Bathetic Records, but the label plans to reissue the tape soon. In the meantime, check out the mail-order sites listed above. 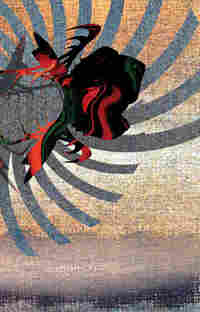 R. Loren has a penchant for large-scale collaboration. In 2010 alone, the musicians involved in two of his projects -- Sailors With Wax Wings and White Moth -- read like a dream-list of metal, drone and ambient music. But with Wvndrkmmer, he outdid himself. Spread over five cassettes and six hours of music, 52 drone, ambient and noise artists were selected to remix, reinterpret and rework audio segments by his avant-metal band Pyramids. No two tracks are alike, yet all convey the unique sound-world of the Denton, Texas-based band. Key contributors include Nicholas Szczepanik, Exit in Grey, Jeremy Bible, Josh Lay, Wicked Messenger and Windy & Carl.

Wvndrkmmer is available from Small Doses. 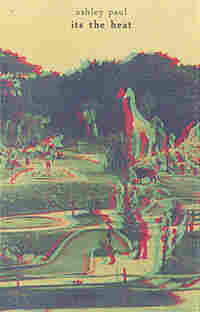 Ashley Paul is one to watch. Her aggressive post-Ayler alto sax is loose, yet fierce. I hesitate to call anything she does "free jazz," but maybe she taps into a purer form of free jazz than anyone else, especially with frequent partner Eli Keszler. That said, Its the Heat is quieter and more restrained than any of Paul's recordings up until now. She layers clean, skree'd guitar and minimal percussion throughout, and even sings, which is a first. The result calls to mind Suzanne Langille's ghostly moans on avant-blues guitarist Loren Connors' early-'90s recordings, minus the blues.

Its the Heat is sold out from Digitalis Limited. Check out the mail-order sites listed above. 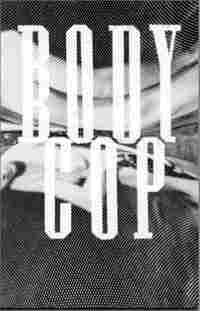 Body Cop is the ooze creeping under the door. It's strange and disconcerting at first; then, when it eats your cat and trashes your house, the threat becomes all too real. I keep kicking myself for not having seen this local-to-me D.C. quintet, but I imagine its sludgy noise-rock doesn't so much take over a basement show as destroy it. The self-titled tape is full of feedbacked electronics that squeal over overblown guitars as Kiki Tropea Suthard howls your name, then takes it in vain. Don't bother looking for a website; Body Cop doesn't have one. They will find you. 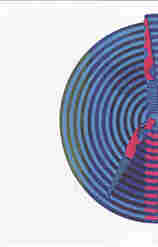 More good has come out of Raccoo-oo-oon's break-up than when the Iowa band was ripping on Sonic Youth's noisier ends. Former member Daren Ho released a number of excellent cassettes under the Driphouse moniker this year, but his 50/50 c24 (that's a 24-minute cassette) stood out the most. He straddles a pleasant balance of synths/electronics and acoustic instruments, including harpsichord and piano. Everything is on-the-spot organic with seemingly little programming beforehand, which makes the whole affair feel more hand-stitched instead of robotic, as these kinds of recordings tend to be. 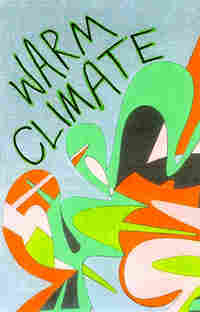 If I'm being honest, the entirety of Stunned Records' 2010 output could take every spot on this list. With Phil French's dizzying collage design and the label's consistently mind-widening picks on the West Coast and beyond (Italy's Silver Bullets and Australia's Berber Ox are favorites), Stunned's discography demands collector completion. But if I had to pick one, it'd be Warm Climate's Camouflage on the River Wretched. Sprawled out in sound like its L.A. environs, it's as if a bizarro Marc Bolan fronted a psychedelic dub-jazz Suicide, painted in neon noise and smeared with droning organs.

Camouflage on the River Wretched is sold out from Stunned Records. Check out the mail-order sites listed above. 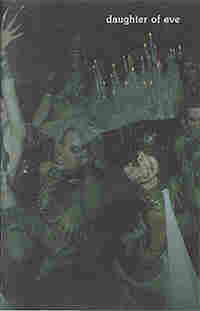 In the span of a minute, Beru is a frightened rabbit, vulnerable and uncomfortably sweet, then suddenly a terror. (Full disclosure: I released a cassette by Beru on my record label.) Jessica Collin's voice leads the proceedings on Daughter of Eve, which alternates sweeping, bedroom-folk melodies in and out of dramatic noise collages. Grouper and Caldera Lakes' droning noise/folk are good reference points, but Beru's stream-of-consciousness approach to songwriting is fresh, unexplored territory. And as Collins moves more into fractured noise/pop music, it's key to have Daughter of Eve as a document of Beru's progression.

Daughter of Eve is sold out from Digitalis Limited. Check out the mail-order sites listed above. 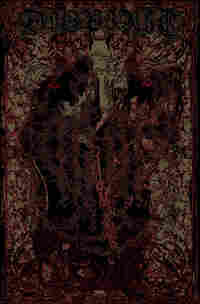 John Gossard will be forever enshrined as a founder of the progressive San Francisco black-metal band Weakling; thus, every project he's a part of will undoubtedly be compared to that one band's brilliant, lone 2000 album, Dead As Dreams. It's unfair, of course, especially since The Gault and Asunder (both great) sound nothing like Weakling. Here again, Gossard's latest band, Dispirit, has little to do with his past, but it is a teased return to black metal. The elegiac, almost Romantic (that capital-R romantic, mind you) motifs of Dead As Dreams are not here, but Dispirit instead focuses on pure atmosphere. A-side's "Ixtab's Lure" sounds like a classic '70s hard-rock cassette dubbed over and over again, leaving nothing but hiss and reverb and a lost soul skrieking over it all. The B-side's "Bitumen Amnii" is all grain and shadow, with guitar solos obscured by something unholy. 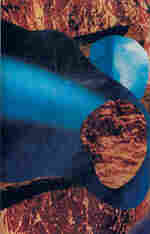 It's been a pleasure to watch Grasshopper's progression from a noise duo to something of a fully formed space-music outfit -- a bit like Yellow Swans' trajectory. Just when I think their trumpets-and-electronics set-up will get old, Jesse DeRosa and Josh Millrod find a wormhole. Of the many cassettes the duo put out in 2010, Classic Jazz Moods was tops. The A-side sounds like space trumpeter Bill Dixon meditating on something like Vangelis' ambient smoove-jazz soundtrack for Blade Runner. The B-side gets a little noisier, cascading echoed trumpet calls across a war-torn field.

Classic Jazz Moods is sold out from Pizza Night, but available as a digital download from Grasshopper's Bandcamp site. 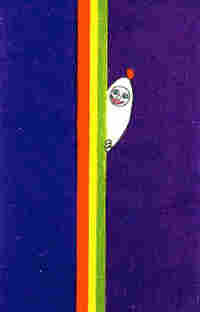 Indie-pop forgets about cassettes, but aren't cassettes just about the damn twee-est thing upon which to release your bedroom musings? That's not to say that Chris Weisman is necessarily indie-pop or twee (okay, he's a little bit of both), just that he doesn't quite fit the noise mold that's laid claim to the format. Fresh Sip is a little bit all over the map -- there's the noise-pop of "I'm the Author," the soft bossa nova of "Apple Season," the quirky soft-rock of "Blowing All Over the Bay," the bedroom folk of "Midi Van" -- but it's all affably and oddly charming, like that uncle who wears plaid blazers and newsie caps.