Accessibility links
Song Premiere: Earth, 'Father Midnight' : All Songs Considered Earth plays a noir-Americana that portrays the impending doom of the Southwest better than anyone else. On "Father Midnight," Earth is a slow and steady boil that never hovers above a threat, but sure does menace. 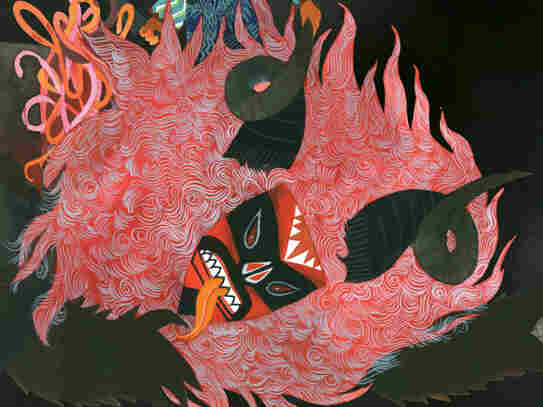 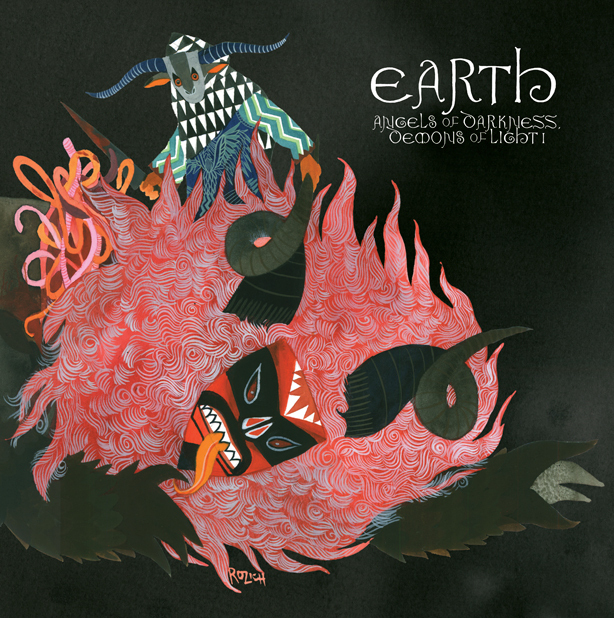 Artwork for Earth's Angels of Darkness, Demons of Light 1.

Since its formation in 1989, Seattle's Earth has gone through several sonic transformations, but has always been a seeker of heaviness. This song, "Father Midnight" -- a track from the upcoming Angels of Darkness, Demons of Light 1 -- is a long way from the band's early-'90s material. Earth 2's monolithic, metallic drone would inspire the likes of Sunn O))), and later the band would take a more minimalist, rock-oriented approach with Pentastar: In the Style of Demons.

Since its rebirth in the mid-'00s, Earth has favored a noirish, Southwestern-tinged Americana sound that portrays impending doom better than just about anyone else. It's hard not to think of the desert when listening to any Earth record in the last six years: The windswept loneliness of a cracked sand plane, the sun-bleached cattle skulls, the regal glory of an orange-saturated sunset -- it's all there, slow as syrup, heavier than a boulder strapped to your back.

Angels of Darkness, Demons of Light 1 doesn't depart much from guitarist Dylan Carlson's method, but it does continue to refine his heavy vision. Instead of thinking of the desert, though, think of the music in terms of the Leidenfrost effect. It's "a phenomenon in which a liquid, in near contact with a mass significantly hotter than the liquid's boiling point, produces an insulating vapor layer which keeps that liquid from boiling rapidly."

In "Father Midnight" and throughout Angels, Earth is at a slow and steady boil as the heating mass around it stabilizes the sawing cello of Lori Goldston (who famously played on Nirvana's Unplugged in New York), the impossibly steady rhythm section and the subtle guitar deviations that never hover above a threat, but sure do menace.

Angels of Darkness, Demons of Light 1 comes out Feb. 7 on Southern Lord, but you'll be able to hear Earth's new album in its entirety starting Jan. 31 as part of NPR Music's First Listen series.