Listen to "Gov't Seizure" by Girlfriends

Many kids of my generation pine for a time they never actually knew — a golden era of music — but I feel the opposite way. Because of all the great work our parents and their parents crafted in their youth, we have an endless library to sort through and learn from. We're able to mine bits from all sorts of styles from all different years and make something new. 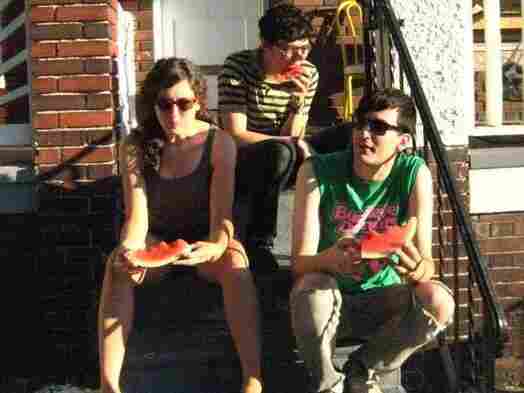 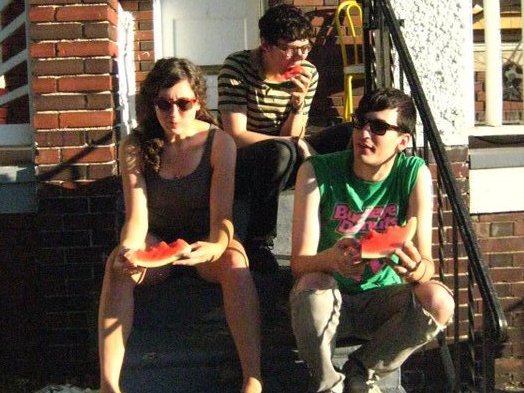 Girlfriends, a garage-rock trio from the suburbs of Boston, gets that — and gets down on it, too.

The group offers eight tracks for your streaming pleasure on its website. Throughout, vocals ooze Marc Bolan-esque hedonism, picking up speed like lonesome drivers pursuing foxy hitchhikers. The guitars rage loud and fuzzy, carried on by frenzied drumming. The sound swims into arcs, punctuated with hoots and yelps. It's far from bedroom music — this stuff sounds as if it was made in an oil-stained, beer-can-littered garage.

Listen to "Gov't Seizure" by Girlfriends

The standout track from the sampler, "Gov't Seizure," plays as a ferociously thumping audio party, until the climax shatters like a bottle during a juke-joint brawl about two minutes in — at which point the whole jam just goes to glorious sludge.

"Bites + Scratches," a sad, drunken break-up ballad, demonstrates Girlfriends' ability to slow down a bit without downgrading in quality. The following track in the streaming queue, "Good to Be True," even wanders into guitar-talking territory — how's that for variety in a lo-fi garage band? Both tracks come featured on their the band's self-titled cassette.

Submit your music for possible inclusion on Second Stage or All Songs Considered.