Accessibility links
Download A New Fleet Foxes Song : All Songs Considered The band that crafted a beautiful world of sweet harmonies and delicate guitars on its 2008 self-titled debut will soon return with a highly anticipated follow-up.Titled Helplessness Blues, it comes out on May 3 from Sub Pop.

Fleet Foxes To Release 'Helplessness Blues' On May 3

Fleet Foxes To Release 'Helplessness Blues' On May 3 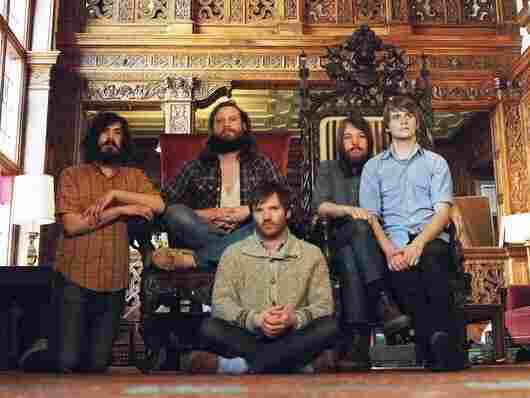 The band that gave the world one of 2008's most memorable records is about to return with more sweet harmonies and delicate guitars. Fleet Foxes' long-awaited and highly anticipated follow-up to its self-titled debut is titled Helplessness Blues, and is due out on May 3 from Sub Pop.

Fleet Foxes also announced today that the band will head out for its first tour in two years. The first gig is in Vancouver at the Vogue Theater on April 30.

Sub Pop has the title cut from the record at its website for streaming and free download. You can also hear and download the song by mousing-over the album cover below.