Accessibility links
You've Never Heard 'London Calling'?! : All Songs Considered It's hard to imagine what it was like to hear groundbreaking albums for the first time, when they were released 30 or 40 years ago. In this recurring series, we try to capture that wide-eyed awe by having our interns review some of the classics they've never heard before.

Note: This is a recurring series in which we ask our unimaginably young interns to review classic albums they've never heard before. Andy Hess is one of our current interns at NPR Music. 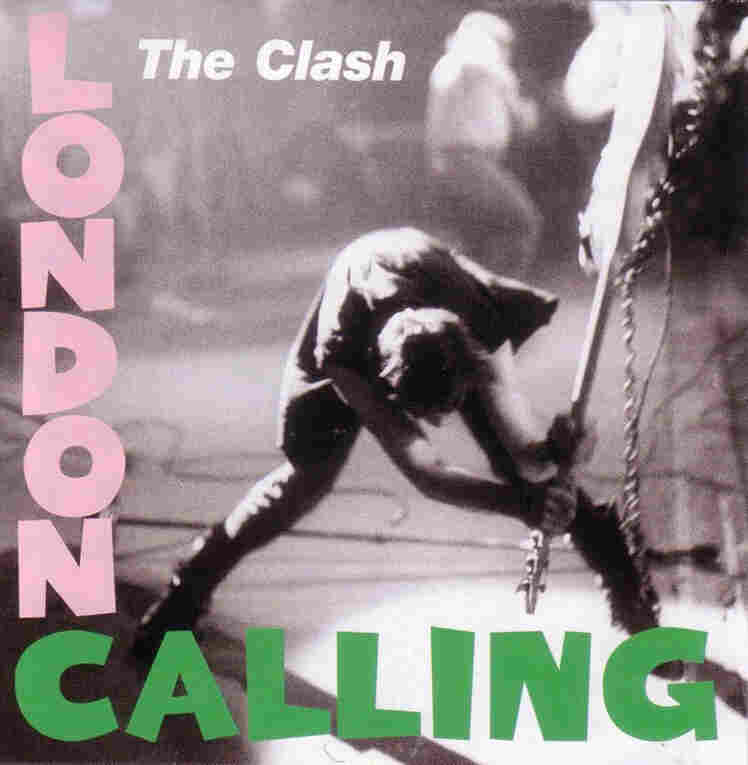 I can't tell you how many times I've heard the song "London Calling." The ubiquitous, apocalyptic anthem has been a part of my musical vocabulary since I learned of the legendary British punk band The Clash in middle school, where my friends and I would trade CDs in the cafeteria after raiding our parents' album collections. Those lunch-table sessions introduced me to Zeppelin, Bowie, Hendrix and countless others, but London Calling the album managed to slip through.

Now, 12 years later, I've finally listened to the rest of the album — a record that originally came out eight years before I was even born in 1987.

The first thing I noticed was how many of these songs I'd heard before, but performed by other artists. It's easy to hear how this album has informed so many that have followed. From the chilling opener to the giddy chug of "Train In Vain (Stand By Me)," London Calling is a quintessential snapshot of the last 30-plus years of rock 'n' roll in an hour. I hear The Replacements in "Four Horsemen" and Ted Leo and the Pharmacists in "Lost in the Supermarket." Other songs sound like they're laying the groundwork for the influx of pop-punk acts that spent the last two decades on the extreme-sports and music Warped Tour. The genre exercises across the record are executed to perfection, whether it's on cover songs like "Brand New Cadillac" (rockabilly), "Wrong 'Em Boyo" (R&B), or "Revolution Rock" (ska), or on the Paul Simonon original "The Guns of Brixton" (dub). It doesn't feel like a band that's trying its hand at these sounds, but rather a sound that evolved naturally from its influences.

The amount of music in London Calling is staggering, but the songs aren't all winners. For every "Spanish Bombs" or "Death or Glory," there's a "Rudie Can't Fail" or "Jimmy Jazz." My favorite songs are on what would have been side two of the first LP when the double album was first released. The run of "Spanish Bombs" through "The Guns of Brixton" is the strongest in terms of songwriting and musicianship. I've grown especially attached to "Lost in the Supermarket" and "Train in Vain (Stand By Me)," two songs that are at the polar end of the emotional spectrum — the former a song that contains a defeated and world-weary Mick Jones, while the latter is a joyous kiss-off.

Ultimately, London Calling feels like a time-and-place album. If I'd been a teenager when this record dropped, I probably would sing its praises like so many others have. It's definitely a great entry point to one of the most important bands and periods in the last 30 years, and I plan on checking out the rest of the group's discography. I'm not giving up on the band, but I've come to love the subsequent bands London Calling inspired more than the album itself.